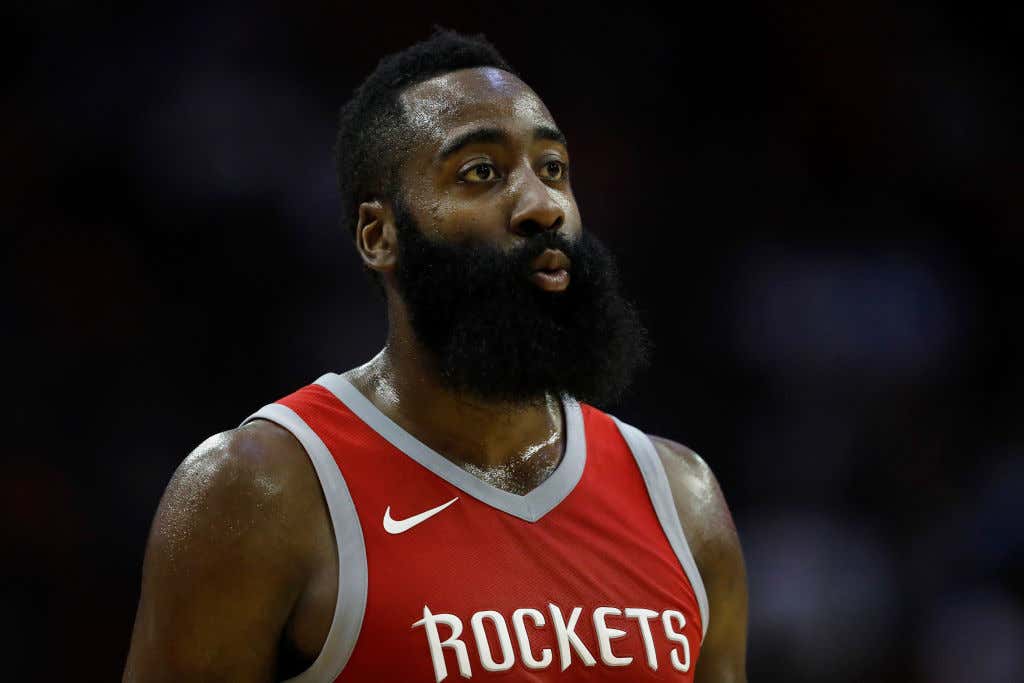 Welcome back to another edition of Last Night In The NBA where we catch you up on everything you may have missed from the night before in the Association. With 9 total games on Monday, there’s a strong chance you didn’t catch every bounce on the ball. That’s OK, don’t be ashamed, don’t be4 embarrassed, just keep reading. Here’s what happened

Nothing like a solid OT thriller to kick us off. You may not know, but MIN is now 3-0 in games decided by three points or less. Feels like that’s an improvement over previous Timberwolves teams, and having Jimmy Butler sure does help. It also helps when every one of your starters plays well, you get 16 from Butler, 23//11 from Teague, 20/12 from Towns, and 22/7 from Wiggins. Speaking of Wiggins, when things got close, he unleashed some serious shit

MIN ended the night with 45/47% splits, and this win now has them tied for the lead of the Northwest division.

For MIA, while it sucks to lose a heartbreaker in OT, there were still some really positive takeaways from this game. For example, Kelly Olynyk had his best game as a member of the Heat going for 23/6 on 9-12 shooting

Dion Waiters had 33, and went on an insane run to end the fourth quarter

It’s not exactly rocket science though, you can’t turn the ball over 24 times. When you do that, it sort of negates your 52.7% shooting for the game. The Heat have now lost 3 straight, and when you look closely, they don’t really have a quality win yet.

The full blog is coming, but how are we feeling about the best defensive team in the NBA who also owns the longest current win streak?

What tanking! This is now 3 in a row for the Knicks, which is tied for the second longest win streak in the league! I’m not sure how Knicks fans should feel about this, on one hand it’s fun to keep winning, on the other hand, should they be tanking? I’m going say enjoy the wins now and tank later, 3-79 is still on the table if you want it.

The problem is, Porzingis might be too good to tank. He’s going to win too many games by himself I think, and his 38 point explosion on 14-26 is kind of what I’m talking about

His strong play must have been contagious because in non Knicks fashion, multiple guys played great! You have O’Quinn snagging 15/12, Kanter had 12/9, and Jack had a solid 10 assists

In a game in which the Knicks had a 30-18 quarter, and then immediately gave up a 38-19 quarter, you could say they were a bit lucky to hold on.

For DEN, Nikola Jokic and his 28/8 continue to rule

and it’s not often that a team makes 18 threes and loses. They took 85 shots in this game, 41 of them were behind the arc. This sure as hell isn’t your parent’s NBA. Jamal Murray had another strong game at the point with 20 points on 8-16, but at the end of the day it wasn’t enough.

Once again Faried played just 3 minutes, is clearly on the outs and everybody knows it.

The Rockets are going to have nights like this based on how they play, but make no mistake, this was a great win by PHI. Simmons may have had his best all around game as a Sixers, going for 24/7/9 on 10-15 shooting

and Embiid wasn’t too far behind with 22/7/5 on 9-12. You can’t deny it, these two have been a beast when on the floor together so far this season

But they also had help. The Sixers second unit was strong as well, with three guys going for 40 points on 14-24 shooting. Even Amir Johnson had a double-double!

For HOU, they couldn’t buy a bucket. Ending the game with 39/27% splits is pretty stinky, and in typical Rockets fashion, they took a shit ton of threes. 47 of their 83 shots to be exact. Eric Gordon was back in the lineup, and he and Harden combined for 54 points, the problem was they weren’t exactly efficient, going 16-39. The Rockets have now lost back to back games, and other than their 1 point win on opening night against GS, don’t really have a good win yet.

No surprise that a game between these two teams was a slow grind it out type win for the Hornets. We could have seen that coming from a mile away. A huge 4th quarter pulled it out for CHA, and they have Kemba to thank for that

Dwight surprisingly only had 2/7 in 29 minutes and wasn’t in foul trouble so that was weird given how he’s started his season, but overall this was a pretty good win for CHA who has now beaten pretty hot teams back to back

For MEM, a team that already struggles to score at times, it doesn’t help when you have 34/22% splits. Not a great shooting night for anybody, even Gasol went 4-15. I can’t imagine we see MEM blow too many more double digit 4th quarter leads, but that’s the NBA for you, shit happens.

There the Magic go again, blowing out another opponent. In what has to be the biggest surprise of the season, the Magic are showing no signs whatsoever of slowing down.

The Magic lead the East with 116.9 points a night. Let that sink in.

For NO, well at least they have Anthony Davis

DAL or ATL who stinks more? Woof. The Jazz however, did not stink in this game, in large part because of a solid Rudy Gobert performance

and 45 points from their backcourt on 17-30 shooting

Very Jazz like to keep a team to under 90 points and have solid shooting percentages. They needed Rodney Hood to step up his offense now that Hayward is gone, and so far he’s responded. He’s up 5 points over his career average.

For DAL, I mean they all stunk, except Dirk. Dirk is going to be effective until the day he decides to hang it up

For TOR, this was probably their best win of the season so far. You don’t impress me beating CHI, PHI, LAL. As expected, it was their two stars that led the way

Only Nogueira joined them in double figures, and normally that’s a problem, but when you have a quarter in which you win it 25-6, I guess it doesn’t matter.

but just like TOR, there wasn’t that much help. CJ went 5-16 from the floor, and no other Blazer had more than 8 points. I suppose that happens when you shoot 38/30% for the game.

141 points. In a real NBA game, not a preseason game. Is that good?

GS shot 58% from the floor, and made 14 threes. When they aren’t turning it over (12), that combination is almost impossible to overcome. They never scored under 33 points in any quarter for crying out loud. Just ridiculous. Curry had 31, but no other starter had more than 19 points, and only one player on the bench had double figures. The problem was no matter who took a shot, they didn’t miss and I’m not kidding. Every player on the roster had at least one basket.

For LAC, Blake continues to struggle against Draymond going just 4-19 from the field. Normally a pretty good defensive team, this was most definitely not the case last night

You’re now all caught up! I told you, a lot went down last night. There are 4 more games on tonight, with MIL/OKC the best matchup in my opinion. If you get busy and miss anything though, don’t freak out, just make sure to chekc back here tomorrow morning