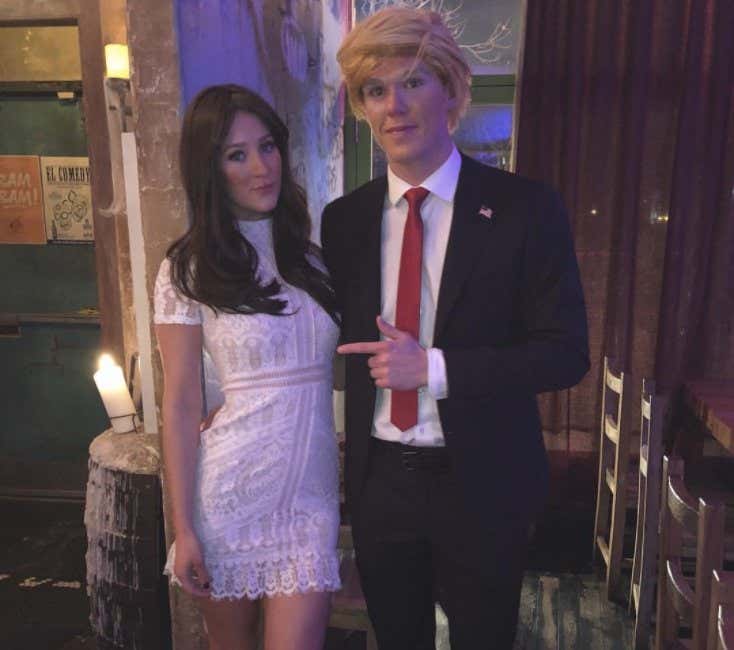 And here we have Connor McDavid, current best hockey player in the entire world, dressed as Donald Trump for Halloween 2017. In case you didn’t know, Halloween is a made up holiday where people get dressed up for fun and is typically celebrated by small children walking door to door asking strangers for candy. In recent years, it’s gotten quite dicey to celebrate Halloween as an adult because it seems as if there’s not a single costume one can wear that doesn’t offend at least somebody. Why? Well because people suck. People are the absolute fucking worst. If there was one thing that is wrong with planet Earth, it’s that humans inhabit the planet. So with everybody looking to fucking throw a fit every time somebody dresses up as literally anything for Halloween, let’s check in and see how people are handling McJesus dressing up as Trump.

Grow. The. Fuck. Up. You. Fucking. Imbeciles.

It is a goddamn Halloween costume, for Christ’s sake. I feel like I’m taking crazy pills here. And not only is it a Halloween costume, it’s a Halloween costume for a Canadian kid. A kid who was born and raised in Canada. A kid who still lives in Canada. Do you really, for even a second, think that Connor McDavid wearing a Donald Trump costume for Halloween is somehow him pledging his allegiance to the 45th President of the United States? Like this is some sign of support for the guy? Or if this is anything more than simply a costume for children’s holiday. Holy shit if you’re actually upset about this costume then you need to eat a bag of dicks. And not a small bag of like 3 or 4 dicks. I’m talking a family size bag. At least 15 of them.

And now I’m at the point where I don’t know if Hockey Twitter is just fucking with me or not. Like there’s no chance they can really be upset over this. Are they just getting fake mad because they know that their fake outrage is going to cause me real outrage? I don’t know. I don’t know. All I know is that Connor McDavid is a god on the ice and you better show the kid the respect he deserves. If dressing up on Halloween is what’s going to cause you to hate a generational talent, then I feel deeply sorry for you.