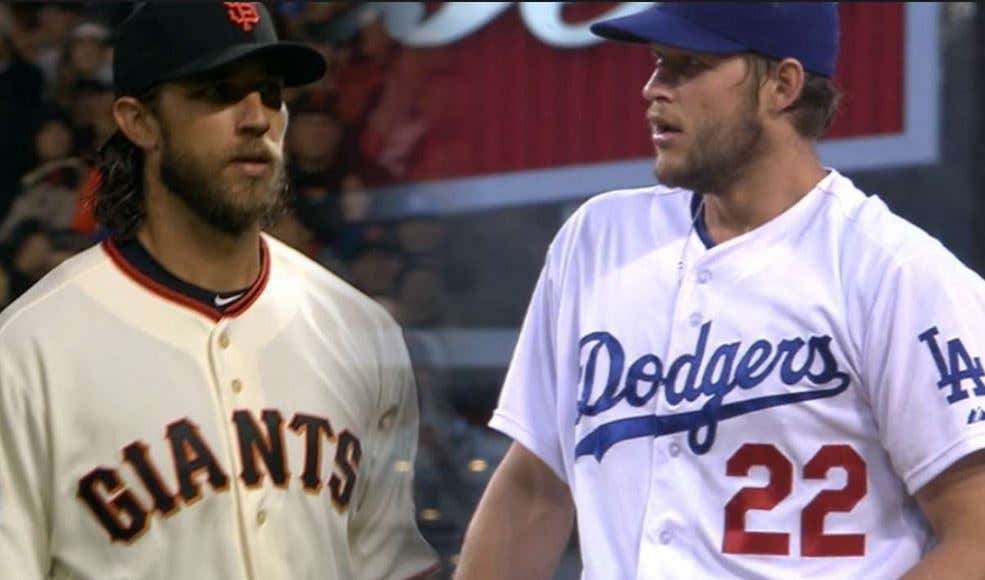 So this has been one of my founding principles of Barstool Sports. It’s one of my unalienable tenants. That Clayton Kershaw is a bum. And last night officially closed the book on this argument. With a chance to basically close out the World Series and handed a 4-0 lead he gave up 6 runs in 4 and 2/3 inning. This coming from the “best pitcher of our generation” according to the pundits and Jarred Carribas. I have long maintained that as long as Clayton Kershaw continued to be a post season failure he can’t be considered an all time great. That Madison Bumgarner is twice the pitcher Kershaw is because of Bumgarner’s post season heroics. Because when you give the ball to Bumgarner in the post season he’s virtually automatic.

Well to my surprise even after last night’s collapse people were still defending him. It’s mind boggling to me. If you are the greatest pitcher of our generation and dominate virtually every single time you take the mound in the regular season you can’t consistently get destroyed in the post season. You can’t give up the most HR’s in the history of playoff baseball. You can’t have the 2nd highest ERA of ALL TIME in the post season. You can’t cough up 4 run leads on the road in 4 innings. I mean Kershaw was 49-1 when having a 4 run lead in his career heading into last night. Yet in the biggest moment of his career he blew it. In 118 innings in the post season, Kershaw has gone 7-7 with a 4.50 ERA. His regular season ERA is 2.36. There is something that is different about Kershaw in the post season than the regular season. Maybe it’s the competition. Maybe it’s the pressure. Who knows? But whatever it is he’s a totally different guy. The only thing you can depend on is him not being dependable.

Meanwhile Bumgarner is arguably the greatest post season pitcher ever.  Just check out these stats.  They will blow your mind. Overall he’s posted a 2.11 ERA in over 100 playoff innings and that actually doesn’t even begin to describe how great he’s been. His career era is 3.01. So he is roughly .70 behind Kershaw in regular season ERA but a full 2.50 points better in the post season. It’s no accident who has 3 rings and who has zero rings. So again if winning the World Series is the goal of every team every year how can anybody with a brain take Kershaw over Bumgarner?