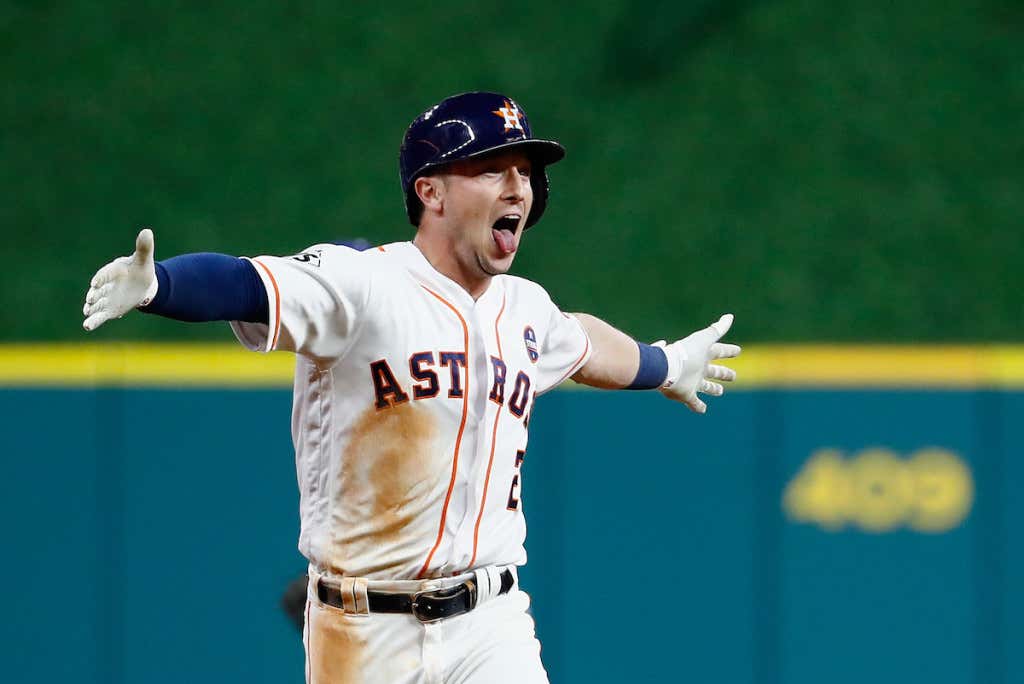 After five hours, seventeen minutes, 10 innings, six homers, 28 hits, 25 runs, 417 pitches thrown, 14 pitchers and 22 position players used, 8 lead changes, and an Alex Bregman walk-off base hit, we finally have a winner in one of the craziest postseason games ever played. With the series tied at two games apiece, the Astros fell behind 4-0 to Clayton Kershaw in the fourth inning, and the Dodgers had been A HUNDRED AND ONE when Kershaw got four-plus runs of support. You heard that correctly — the Dodgers’ record had been 100-1 when they scored at least four runs for Kershaw.

Juiced baseballs or not, this game was fucking amazing and just reinforces why baseball is the greatest game on earth. There is no other sport out there that can compare in terms of the way that the drama is built throughout the course of the game, the twists and turns and the many layers of unpredictability. Regardless of who goes on to win this series, it’s going to be remembered as one of the greatest World Series ever played.

We’ll get you a full reaction in the morning once these baseball boners go down.