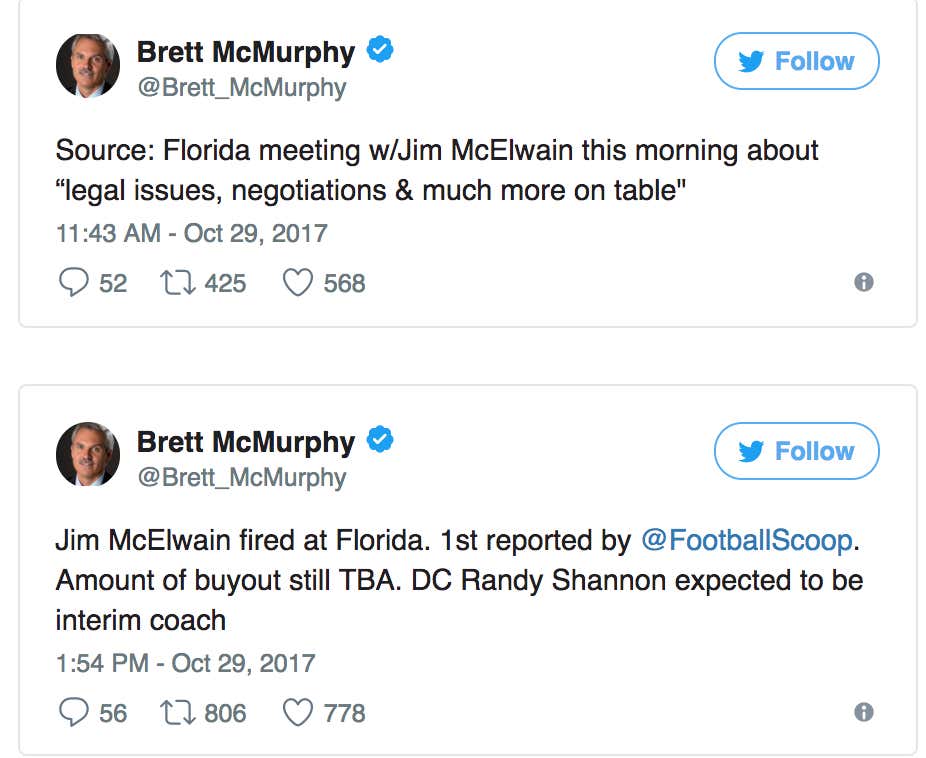 Only thing that ISN’T weird about this Jim McElwain situation is the fact that he was fired.  3-4, 4th in the SEC East, super boring, totally mediocre if not flat out bad for his time there.  A total disaster of an offense from a guy who was supposed to be an offensive guru.  Nothing shocking about any of it.

The fun stuff comes with how UF handled it.  First, not telling a single player, letting them all find out one by one on Twitter: 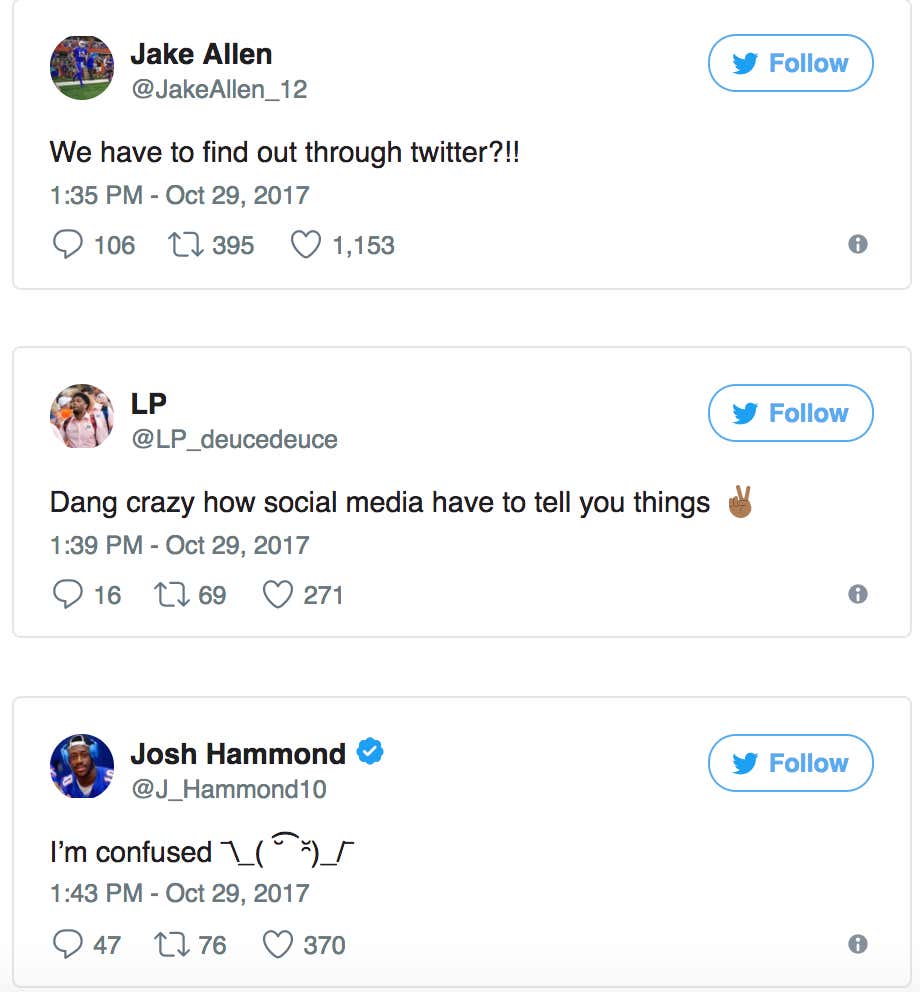 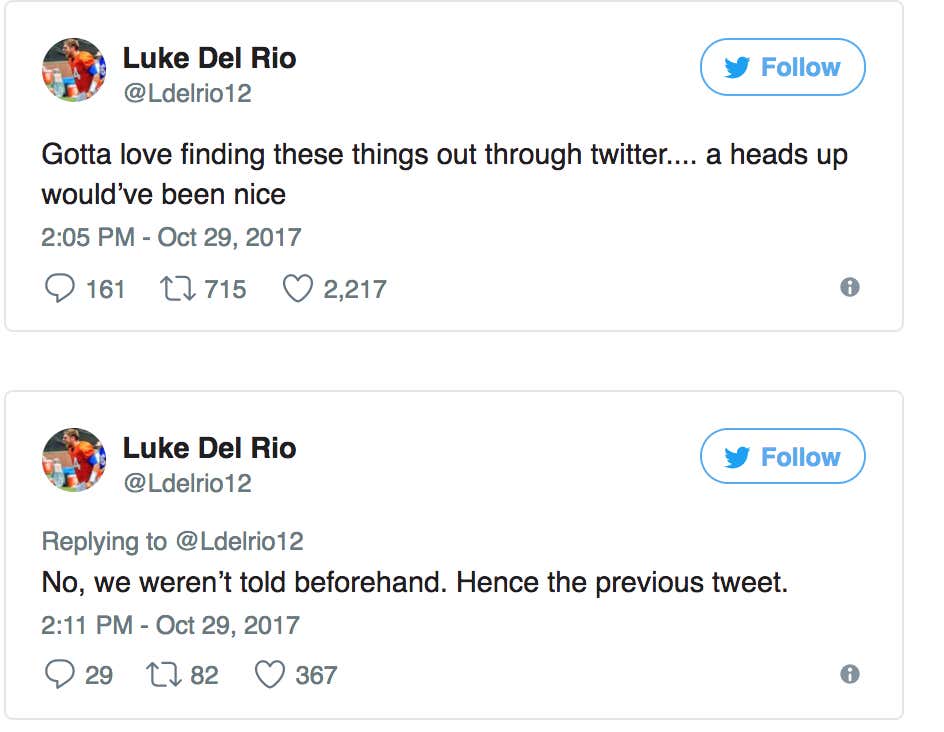 And the even shadier move by the school?

Trying to skate on McElwain’s massive buyout by claiming the death threats he said his family received never actually happened.  That lie would allow them to fire him with cause.

ESPN – University of the Florida administrators are discussing whether they can fire coach Jim McElwain with cause, multiple sources told ESPN.

After failing to find any evidence to substantiate claims made by McElwain this week that family and players received death threats, Florida administrators have worked to see if McElwain’s allegations were enough to relieve the university from paying McElwain’s full buyout of $12.9 million if he were to be fired.

Sources told ESPN that they believe the university has enough cause to fire McElwain without having to pay his buyout. Sources also said that if McElwain were to be relieved of his duties, defensive coordinator Randy Shannon would be asked to be the team’s interim coach.

I mean there is just zero chance Jim McElwain has not received at least one death threat.  He’s an SEC football coach whose team sucks.  You wake up with a full voicemail box and an email account exceeding server maximums every morning of your life with graphic descriptions of how you’re going to be murdered.  If Mac didn’t save at least one example to show and hold on to that $12.9 million then that’s on his dumb ass. 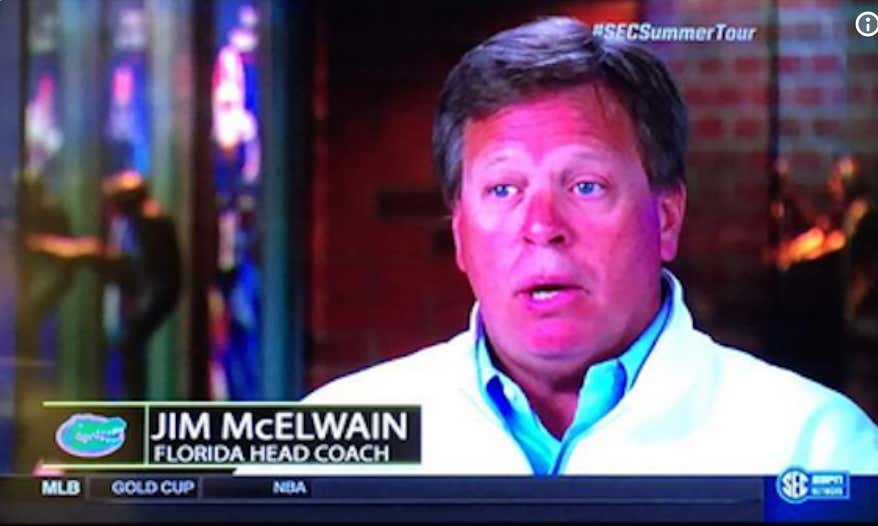 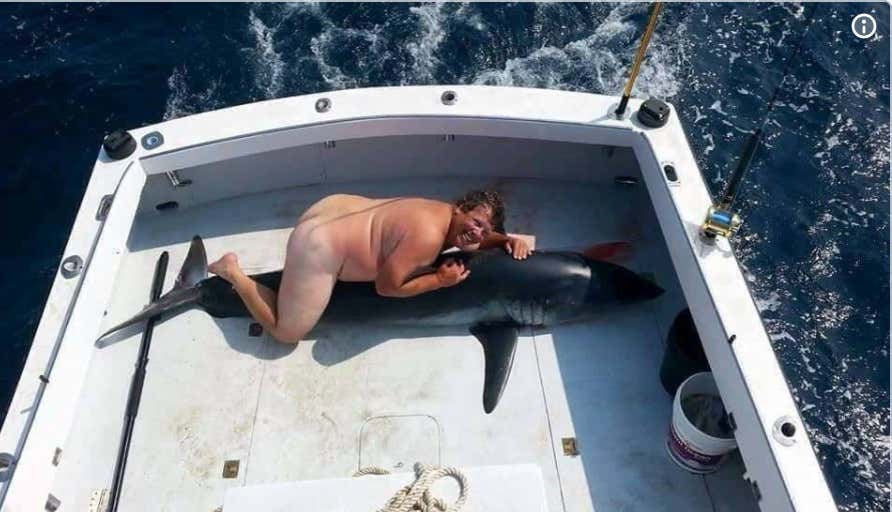 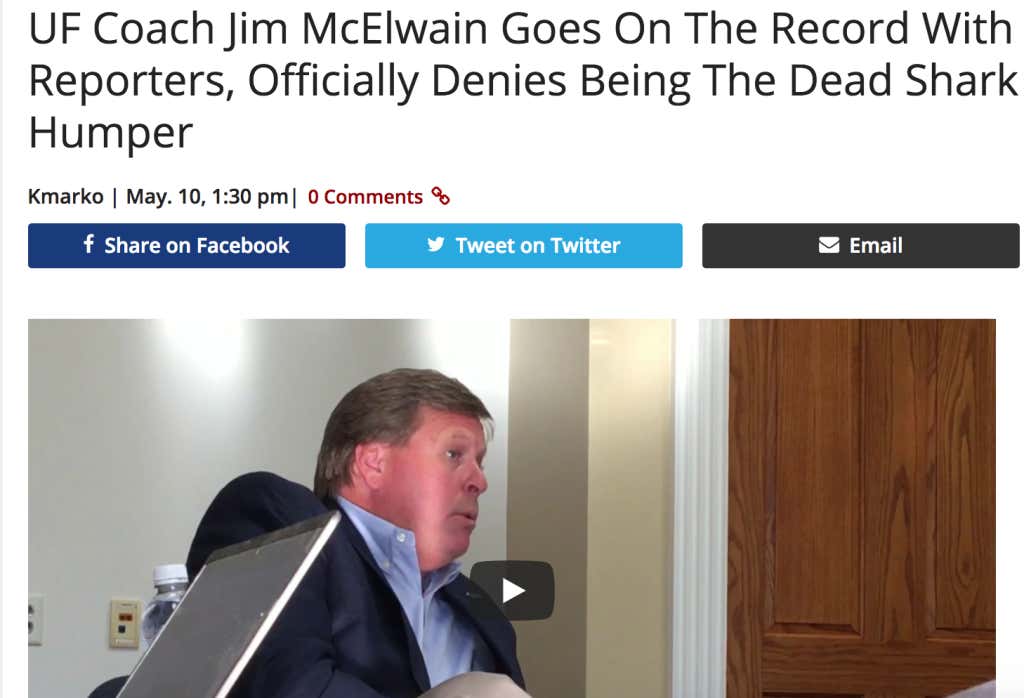 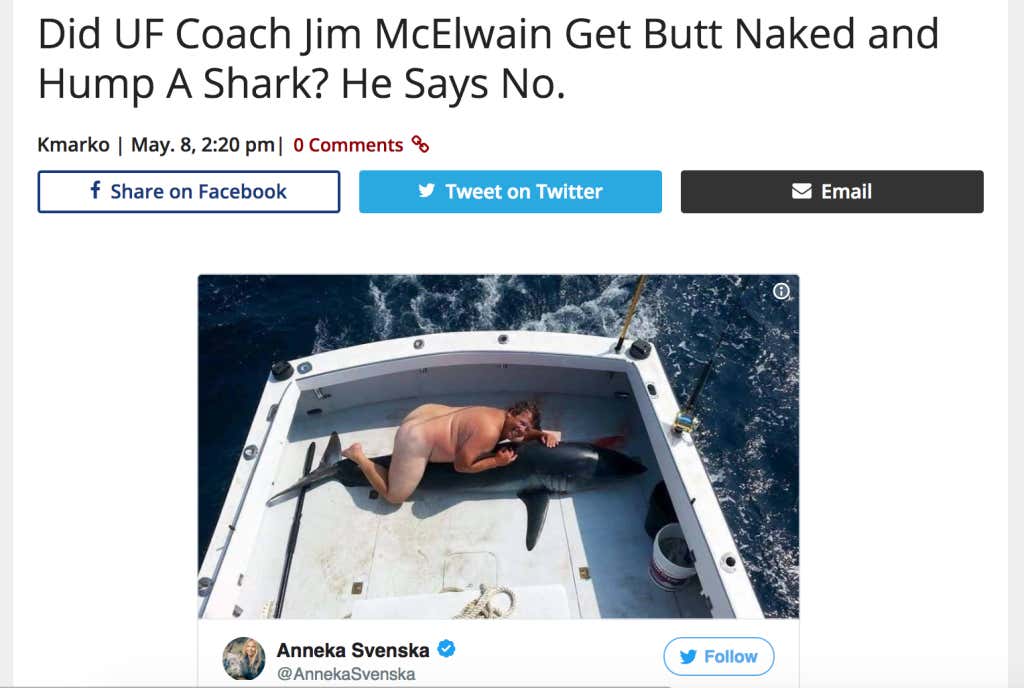