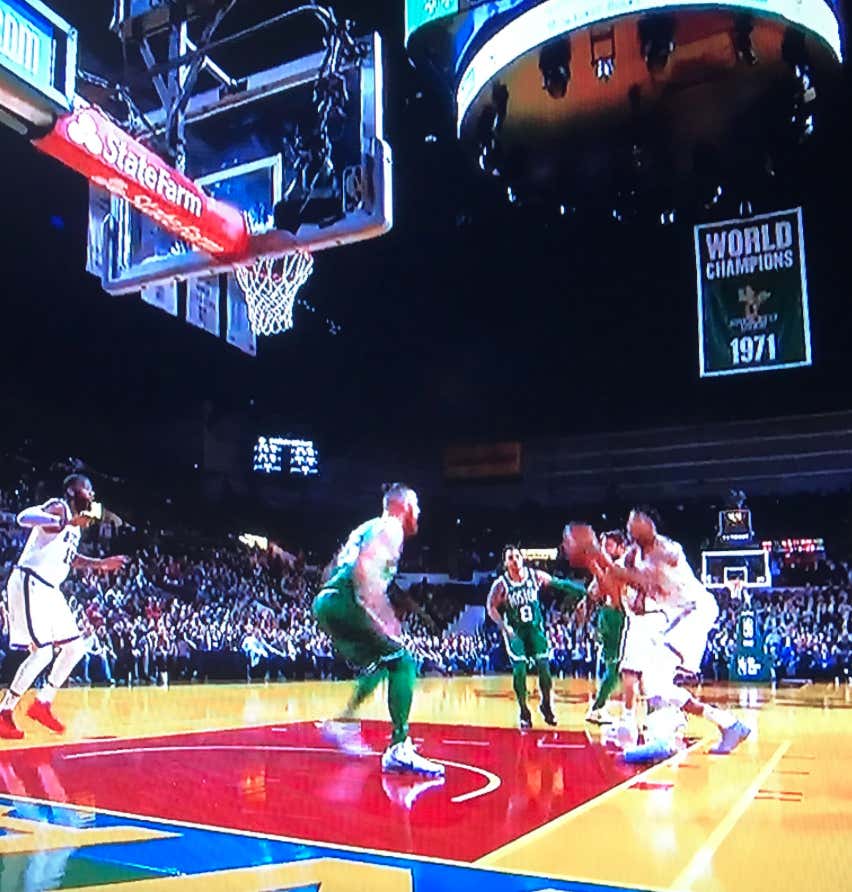 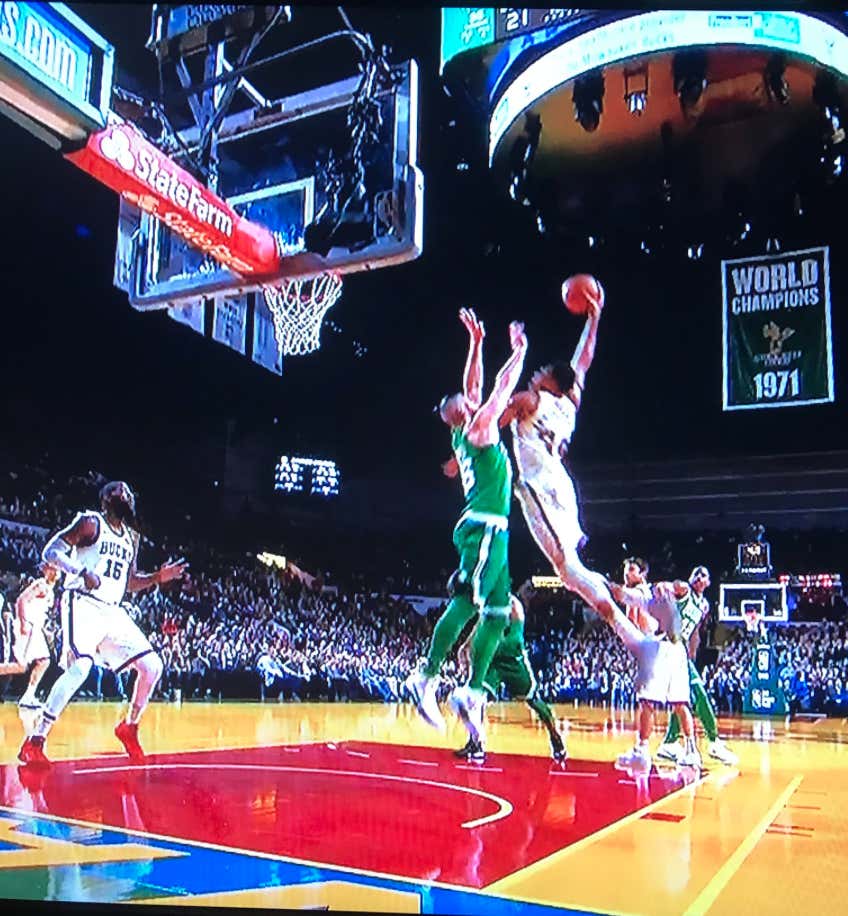 Big, big night in sports last night! We had NBA action, NHL, NFL, some college football… it was heaven for anyone who loves a good ballgame! Naturally, I was rewatching season one of Stranger Things to get ready for today but boy, was sports happening. I like to keep up to date with current affairs so even though I was watching old television, I was still checking Twitter often, as I have a severe addiction.

Around 9 o’clock there was a flurry of tweets, a blizzard even, about the REMARKABLE Giannis dunk. People were losing their minds on the internet, folks. Everyone from Adam Silver to your grandmother couldn’t believe what Giannis had done. Naturally, I had to see it with my own to eyes so I searched for the highlight.

To say I was dismayed when I finally caught a glimpse would be an understatement. In fact, I thought I was watching the wrong highlight. This couldn’t be what everyone was talking about, could it? The play where he jumped into another guy and didn’t score any points was the cause of everyone’s awe?

But it was, that was the play. Giannis jumped from far away and almost dunked a basketball! CAN YOU BELIEVE IT?! THE AUDACITY! THE SHEER COCKINESS FOR THIS MAN TO TRY AND DUNK A BASKETBALL AND THEN NOT DO IT!

Get the hell out of my face with this. Giannis Antetokounmpo was never close to completing that play. Anyone can jump from any distance and not even get in the same zip code as the rim. I could jump from half court, of course attempting the famous Michael Jordan dunk from 1996’s game vs the Monstars, hit another human/alien on the way, and not complete a dunk. I can jump into a person from anywhere on a basketball court and not dunk the basketball. It’s true, I swear. How in the world does that make all of NBA Twitter lose their collective minds? He didn’t do anything! If you’re gonna make me pause my girl Eleven and look up a highlight then there better at least be points scored. This was a waste of my time and it was a waste of everyone’s who pretended to get excited about it. I’m trying to like basketball this year (bandwagon) but situations like this get me mad online and make me hate all of you.