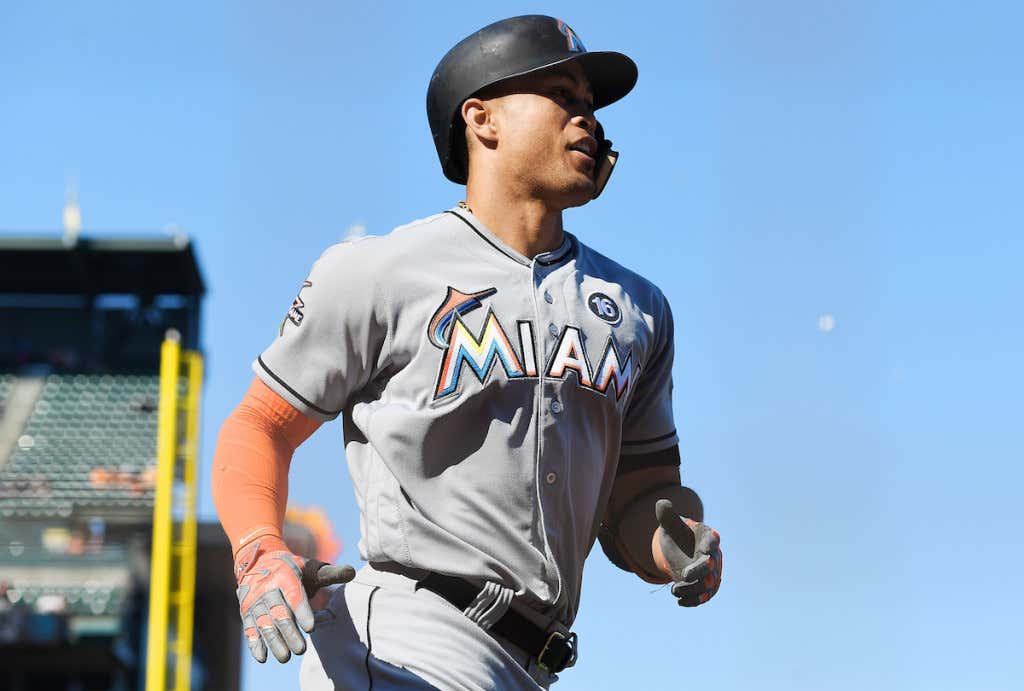 I’d love to just let that be the blog because it’s Friday and I’m lazy and I don’t feel like doing anything, but I guess I’ll suck it up and write some words here. Jon Heyman is reporting that the San Francisco Giants are the early favorites to land Giancarlo Stanton in a trade this offseason. And by early favorites, I mean the World Series isn’t even over yet. Game 3 is on tonight. It’s Yu Darvish versus Lance McCullers. You should totally check it out. The Dodgers and the Astros are really good. Should be fun.

Anyways, back to Stanton. He’s on the record as saying that he wants no part of a rebuild. As discussed in a blog this morning about the start to the Derek Jeter Era in Miami, the team wants to cut their payroll to $90 million in 2018 when they already have an estimated $132 million committed to their roster for next year. So, the Marlins clearly have to unload Stanton’s contract, but Stanton, who has a no-trade clause, wants no part of a rebuild and can veto any trade that he wishes. If you’re Stanton, would you even want to go to the Giants?

San Francisco is coming off a 98-loss season, which tied the Detroit Tigers for the worst record in baseball this year. The Giants have maintained that they’re not going to fully “rebuild”, but would you jump at the opportunity to join a 98-loss team if you’re frustrated about being on a losing team for seven years? Those are in his own words, too. “I don’t want to rebuild. I’ve lost for seven years,” were Stanton’s own words at the end of the Marlins’ season this year.

So, while the Giants might be the “early favorite”, I think it’s always funny to look back at reports from October and November by the time February and March rolls around, because they hardly ever end up being accurate. That’s not to write off the Giants as being a team that could actually land Stanton, but if the Dodgers come calling, I find it really hard to believe that he’d pick San Francisco over LA when the money is going to be exactly the same to him. This isn’t free agency; it’s team preference, and it’s situation preference.

The Dodgers were the team that he grew up as a fan of, who are either going to be defending a World Series title next year or attempting to get back to the Fall Classic to avenge their loss to the Astros. To me, that’s far more enticing than joining a team that lost 98 games the year before, but what do I know?