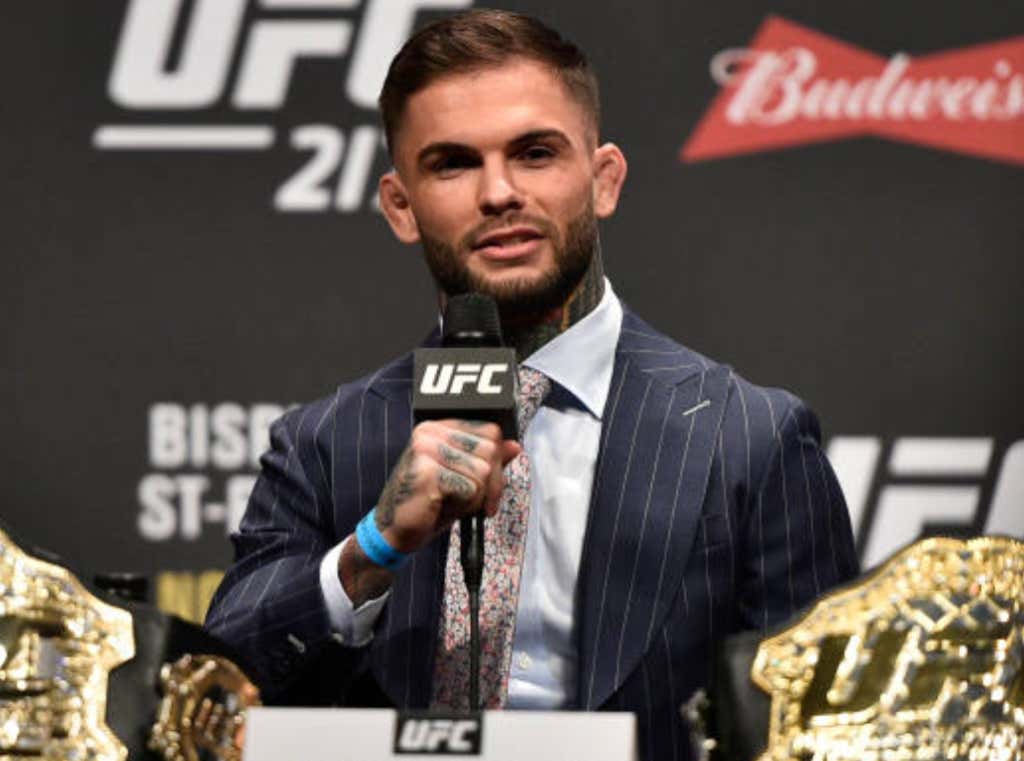 BloodyElbow- Cody Garbrandt has his hands full with upcoming opponent and bitter rival TJ Dillashaw, but the UFC bantamweight champion still has someone else on his mind heading into UFC 217, too.

“With a knockout over TJ, I’ve wiped out the division,” Garbrandt said (transcript via Sherdog.com). “There’s a big gap between myself, then it goes [Dominick Cruz], and TJ, and it falls off from there. I always like to have a fight ahead of myself, planned ahead. Obviously, I’m focusing on TJ, but ‘Mighty Mouse’ is next at 125 pounds.”

Even with the biggest grudge match of his career coming up, UFC Bantamweight Champion Cody Garbrandt is looking towards a new title in his future. He’s made it very clear that he could make the cut to 125, and wants a piece of the greatest of all time, Demetrious Johnson. Usually looking past your challenger in a massive championship fight is a bad move, and spells out a loss. Pair that with the fact that TJ Dillashaw is Cody’s opponent, one of the best fighters in the UFC, and a former teammate of his making the champ’s emotions run high…this could be disastrous. I’ll give Cody the benefit of the doubt and assume he’s not taking Dillashaw lightly because of how poorly he dealt with Dominick Cruz pre-fight and then went in and murdered him in the octagon, but it’s a slippery slope. Also, calling out Mighty Mouse…BALLSY!

I’ve stated this in the past, but I don’t really like either of these guys (Cody/TJ). I liked TJ for a long time, until the aftermath of his fight with Dominick Cruz where he complained and complained and complained and cried robbery and crooked judges and shit on Joe Rogan for calling the fight in Cruz’s favor. Cody is SUCH a hardo, though, that I’ll be pulling for TJ. As long as one of them gets to face Mighty Mouse afterwards I’m happy. I think Garbrandt’s style would make for a more exciting/competitive fight but can’t count Dillashaw out obviously.