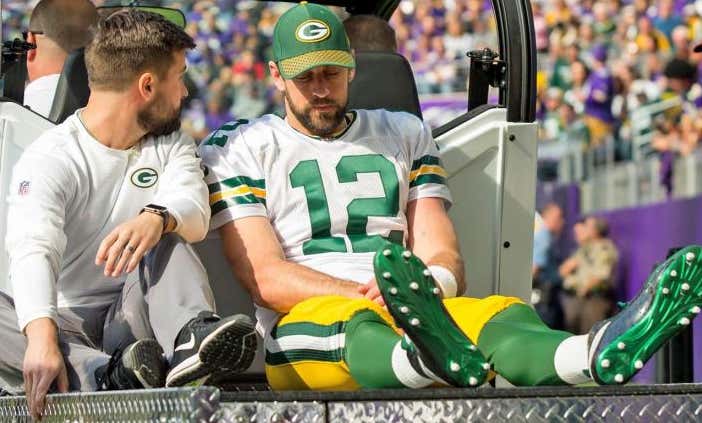 This NFL season has been ravaged with injuries. It seems week after week big names continue to go down. Well, if you put together a super team of the guys that have gone down this year with serious injuries, the names are crazy good. I don’t think this squad loses a single game…EVER (H/T to reddit user PM_Ben_McAdoo_Jokes)

I mean holy shit! That team doesn’t lose to literally anyone in NFL history. All of these guys are either out for the year or on the PUP list and can’t return until the very end of the season which is nuts because it’s only Week 8 in the season. That offense led by Rodgers with a ground game of Cook and David Johnson, with Odell Edelman and A-Rob as pass catchers is unbeatable. Also, factor in that offensive line is top notch so you’re giving Rodgers an eternity to throw to those stars. Then you’re going to throw out a defense with Watt, Berry, Hali, Floyd, I mean there’s a stud at every single position. There’s a reason the product of the NFL has drastically fell apart this year and it’s because of these devastating injuries. There’s basically a handful of teams that have a shot at winning the Super Bowl: New England, Pittsburgh, Philly, LA, Seattle, and New Orleans, and maybe Dallas? It sucks. The fact that we can make an All-World team out of the guys that have gone down this season and we’re just at the mid-way mark of the regular season absolutely SUCKS.