So last night the Warriors took their 1-2 slugging start frustrations on the Dallas Mavericks. For the first time all year they blew the doors off a basketball team winning 133-103. Late in the 4th quarter Oregon rookie Jordan Bell blocked Dwight Powell’s three point shot leading to Javale McGee tipping the rebound out for a fast break. Instead of laying it in, Bell decided he would assert himself as a Golden State Warrior and somehow self-alley oop it for a thunderous And-1 dunk. The lead at the time was 119-94 with just under three minutes to go. Disrespect level on a hundred trillion, so bad that you have to respect it. Of course Draymond had no problem with it…

“When you on the court someone is evaluating you so you gotta play the game just like it’s tied up, or if you’re up four.”

I’d love to see Bell try this in a tie game. To be honest, I could see the Warriors doing something like that so maybe he’s right.

I loved the initial reactions 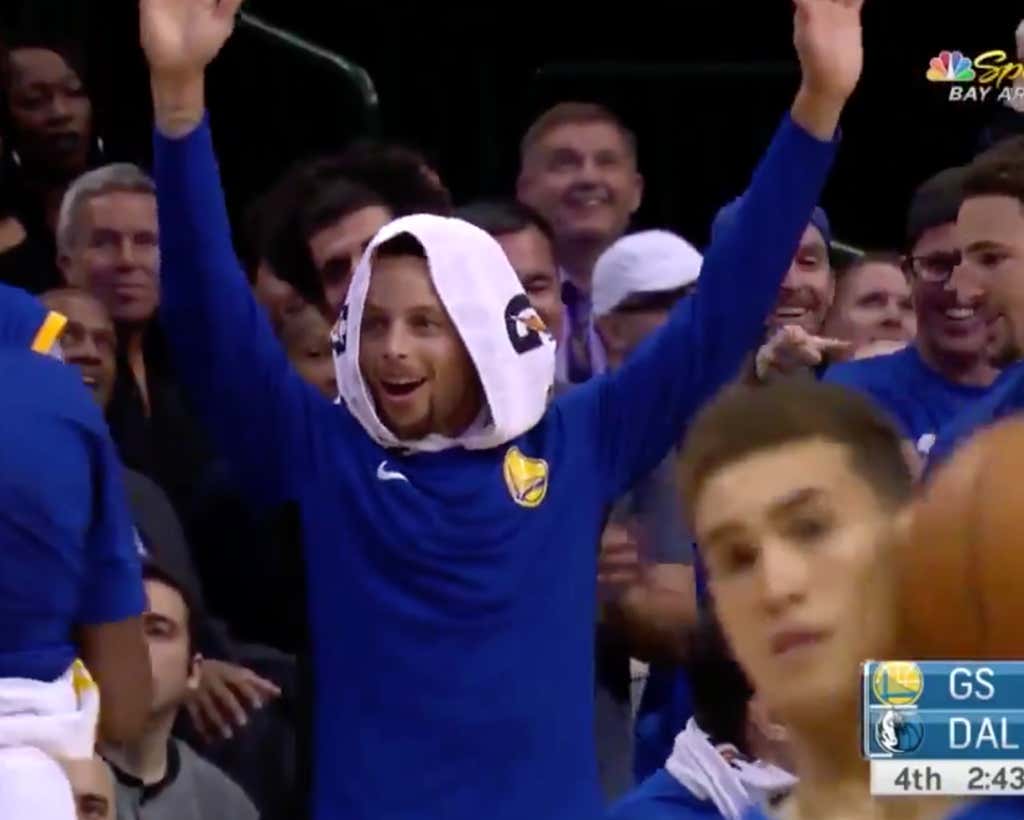 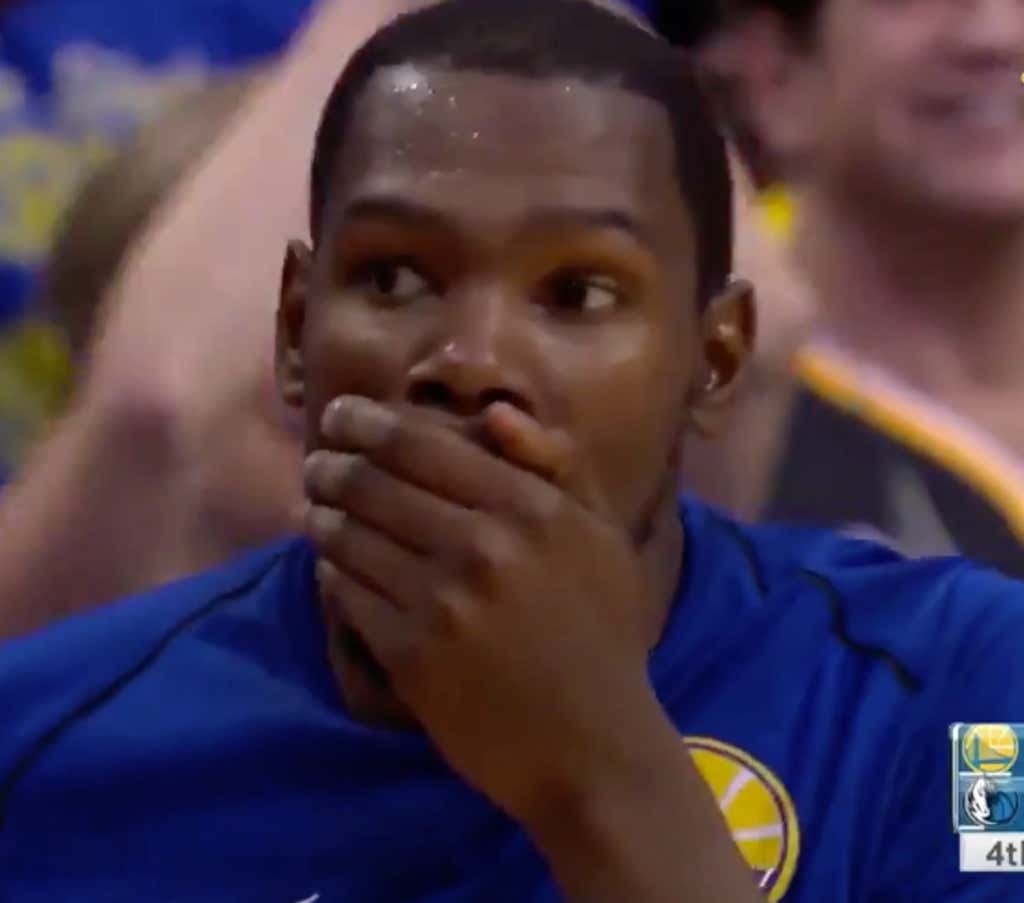 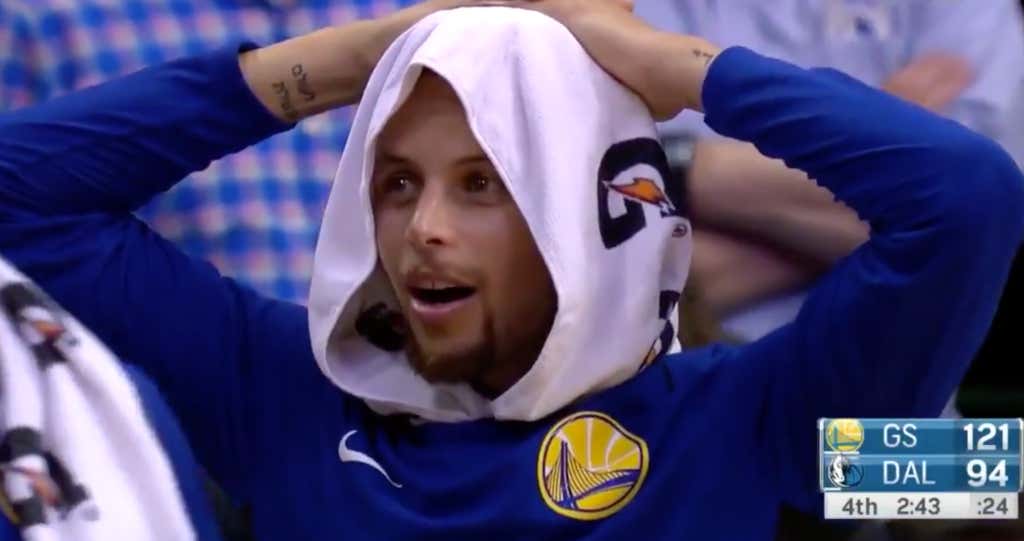 Utter shock, but low key joy that the former Oregon Duck is gonna help these guys blow the living shit out of everyone else down the stretch.

Uh oh….we’ve got an upset coach!

Alright Jim Carey relax. Kerr literally went right to you to apologize for the rookie doing that, don’t be so butt hurt.