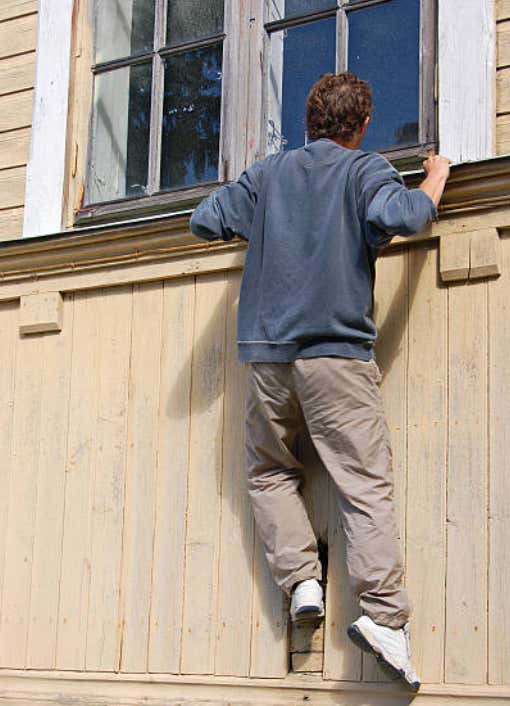 NY Post- A 12-year-old boy and 8-year-old girl concocted an elaborate story about a stalker — causing an innocent man to be grilled by cops before their prank was finally revealed.

The Brooklyn kids, whose father is a special-victims detective, even penned a fake note to frame a passer-by who claimed he once lived in their home…

“Watch out. I am watching you!! Your daughter is cute,” the letter read.

The pranksters also told police that the man had followed the girl as she walked with her friend from her Crown Heights home to the school bus pick-up spot near Eastern Parkway and Brooklyn Avenue.

The girl said when she confronted him, he asked her where in the house she sleeps and who lives with her — but fled when she refused to answer.

The cops went public that they had a stalker on their hands and the suspect was apprehended by police — but then the kids’ story began to fall apart.

The kids eventually admitted to making up the story and writing the letter themselves and placing them in their mailbox.

Sources said the parents were away on vacation and the youngsters were unhappy with their strict babysitter.

What a couple of rotten kids. Rotten to the core. Their parents go away on vacation and the kids don’t like their babysitter, so they decide to ruin some innocent dude’s life? Is that how 12-year-olds and 8-year-olds are rebelling against authoritative babysitters these days? When my sister and I hated our babysitter, we’d go outside and start “I hate Sidney” clubs (Sidney was a total bitch when it came to babysitting. I’m still in the club). But we never endeavored to throw Sidney on the sex offender’s registry. We had MORALS!

Look at how elaborate their “prank” was: they found some dude walking outside the house to play their stalker. Then they wrote a note saying “Watch out. I am watching you!! Your daughter is cute.” Then they called the police and said the guy had followed them to school, had asked her where she sleeps in the house, and had taken surreptitious pictures of their home. It reads like a classic crime story, straight from the whimsical minds of two kids whose father is an SVU detective. Go figure.

First–why couldn’t the son be cute too? A lot of predators these days have fluid sexual orientations, and it seems just as likely that a stalker would want the brother. What an outdated view on predatory sexual preferences. Next time write “your kids are cute.” I recognize that the brother probably wrote the note, given that he’s older, in which case it’s much worse. Dude, don’t pimp out your younger sister, she’s 8. Don’t be a weirdo.

Second, the kids wrote the notes themselves and put them in the mailbox. How the police didn’t pick up on the children’s handwriting is beyond me. Unless they typed them, in which case they really are criminal masterminds. These are the types of kids who will RUIN the lives of anyone who crosses them in high school. Systematic reputation-destroyers. Stay on their good side.

I wonder how the parents punished them when they got home? Can’t go too hard because the kids have learned the extent of their powers. If you ground them and they don’t like it, they’ll tell the police you’re running sweat shops in the basement, employing Malaysian 6-year-olds for 5 cents an hour to sew knockoff Yeezys until their fingers bleed. And somehow, they’d make it convincing. Hey dad? Maybe stop telling them stories from work. You’re giving them too many ideas.