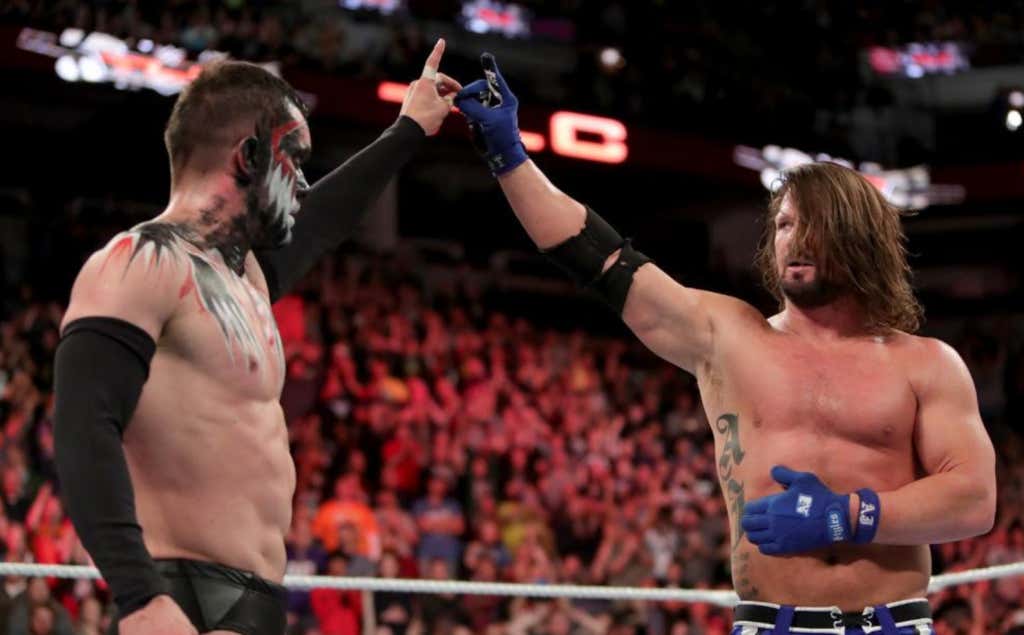 Last night, WWE put on one of the weirdest pay per views in recent memory, due to an outbreak the mumps causing a huge last minute shakeup in the card. The mumps took out Roman “The Mump Dog” Reigns and Bray “The Eater of Mumps” Wyatt, making the main event Kurt Angle, Seth Rollins, and Dean Ambrose vs The Miz, Cesaro, Sheamus, Braun Strowman, and Kane, and making AJ Styles a Finn Bálor’s replacement for Sister Abigail. Carrabis and I recorded a podcast as soon as TLC’s main event wrapped up, recapping the entire event, and you can listen to that here. For the hearing impaired, here’s a blog.

The long awaited debut of Asuka opened the show, Emma standing across the ring from her, and it was very enjoyable! The match itself was much more competitive than I expected it to be, and it wasn’t so much a “showcase” match, because I’d say the majority of it was spent with Emma in control and Asuka selling. It was very similar to Shinsuke Nakamura’s in ring debut against Dolph Ziggler, to be honest, but better. If this springboards Emma out of the lower mid card, I’ll be very okay with how much offense she got here, but if not, kind of a weird look for Asuka! Overall good though.

Cedric Alexander and Rich Swann defeated Brian Kendrick and Jack Gallagher in (what I believe to be) the second best match of the night. I really loved it from start to finish, and I thought Kendrick and Gallagher did a great job “cutting the ring in half” and working an old school, traditional tag match, while the other two brought the flashiness cruiserweights are known for into the contest.

Alexa Bliss retained her RAW Women’s Championship against Mickie is an okay-to-good match. The story told was limb work on Mickie’s left arm, culminating in Alexa using the ring environment to her advantage yet again, throwing James shoulder first into the turnbuckle and landing her DDT. I love Alexa not necessarily cheating to win, but still showing how clever she is. It reminds me of Neville as a dominant heel champ in certain aspects.

While I’ve been singing Enzo’s praises for weeks, this was bad and the crowd was NOT there for it. With how lackluster he is in the ring, we have to start worrying about him and the crowd’s interest in him being a ticking time bomb. A Survivor Series match next month could delay that process and launch some new names, however.

Thank god for the mumps! We were saved from Sister Abigail vs The Pumpkin King, and we were given a serious match of the year contender. My ONE GRIPE was that Finn being in Demon paint ruined that character completely and kind of made him a heel, putting on the war paint against a guy who kindly took a fight on short notice and flew in from South America to do it. But yeah, there’s nothing I can say about this match that’s better than what William Regal already did…

…and the final moment of the match, a massive “Too Sweet”, was awesome. 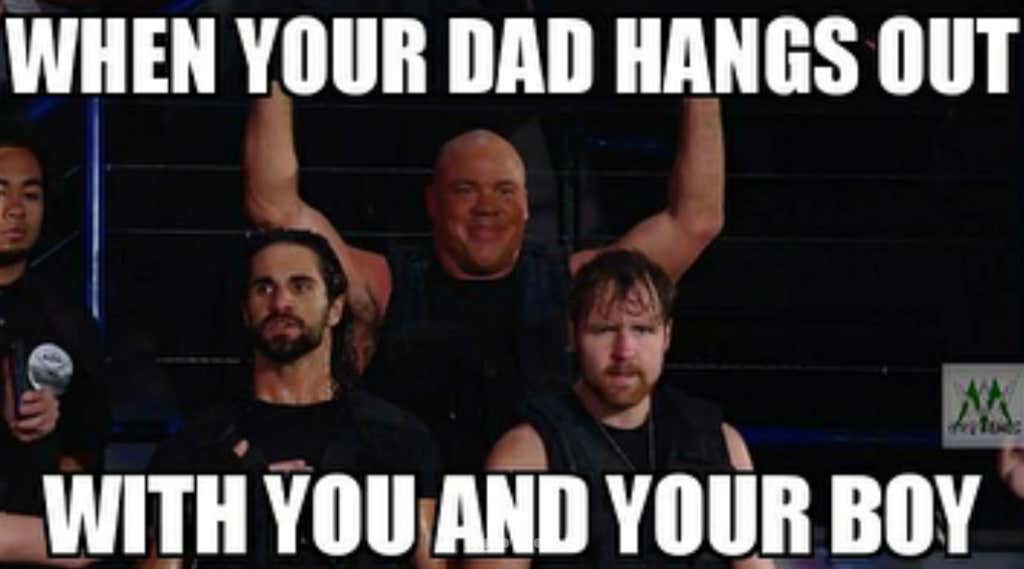 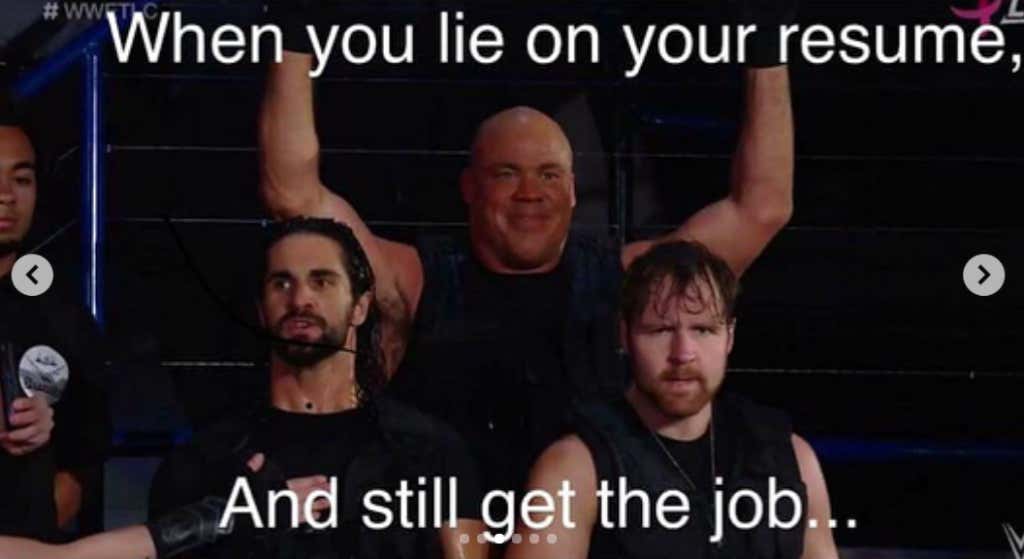 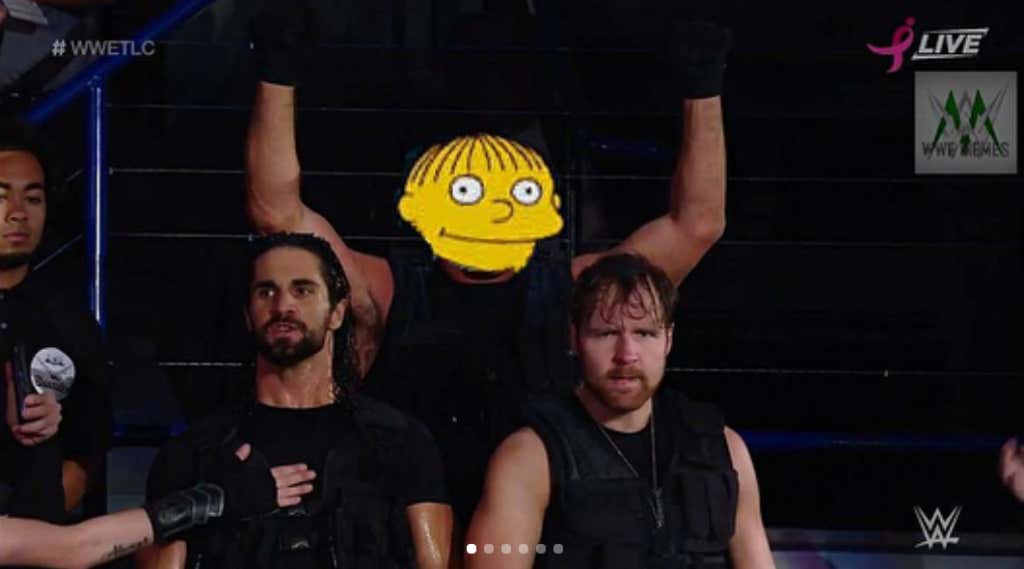 The match itself was one of the strangest matches in the history of the WWE. Absolutely nothing in it made any god damn sense and it was simply put, stupid, from start to finish…and I loved it all. It was fun. Braun Strowman was literally murdered by being thrown into a garbage truck by his own teammates, then crushed by the truck. Mayor Kane turned on him for no reason whatsoever. Angle got hurt, then came back, and cleared house…and also landed directly on his head when kicked out of the ring.

It sucked and it was great all at the same time. Have some fun dammit.

For more in depth discussion on each and every one of these matches, listen to our podcast.