Before I even get into this, holy shit is that trailer misleading. It suggests that there’s a plot to The Snowman, which there most certainly is not. Now let’s just fucking get through this.

Welcome back to Rob’s Monday Morning Movie Review. This weekend, you guys/Kmarko sent me to see The Snowman based on the rumors that it was the worst movie of all time, and as you can see from my headline, those rumors are in fact true. This movie makes Flatliners and mother! look like The Shawshank Redemption and Good Will Hunting, and no, it’s not “so bad it’s good”. No, it’s not worth it to see how bad it is. No, it doesn’t have a single redeeming quality. No, I literally never knew what the fuck was going on. Yes, it was so horrendous and boring it put me in a bad mood and ruined my day, possibly my week. 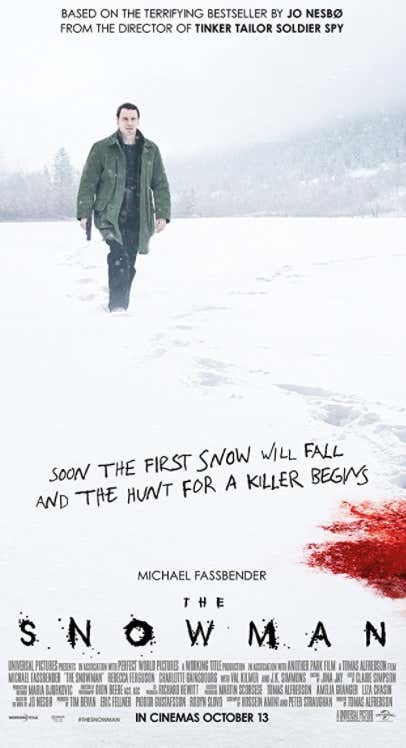 The Snowman begins with a scene in a run-down house in the middle of nowhere, with some kid’s uncle testing him on Norwegian history. That’s where this movie takes place. Every time he gets a question wrong, the boy’s uncle smacks his mother in the face with a handful of coffee beans. It then cuts to the boy watching his mom and uncle fuck, but the mom says to the uncle, “I’m gonna tell your wife that he’s yours”, meaning the uncle is actually the dad. I guess.

He storms out of the house while the little boy is making a snowman, and the mom and the boy get in a car to chase him. I don’t know why. This was when I realized the score of the film was cheesy and horrendous. It sounded like the Danny Elfman ripoffs you’d hear on LifeTime. There were also a few shots of the car chase that were either entirely CGI or maybe even stop motion? The cuts were jarring and the color of the car wasn’t even right. ANNNNNYWAY, the mom eventually just stops driving, lets the car skid out over a frozen lake, and willingly drowns without saying a word, leaving her son in the middle of nowhere. Cut to present day. 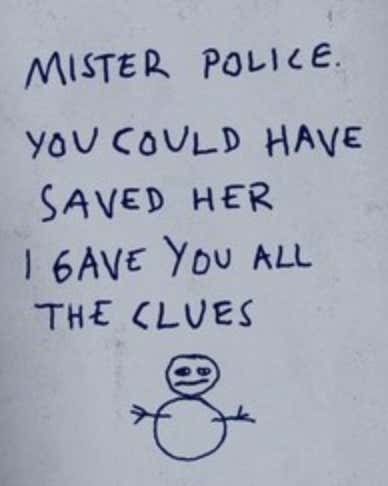 Harry Hole (yes that’s Michael Fassbender’s stupid fuckin name in this movie, and the only name I remember) is a detective who smokes more cigarettes than anyone has ever smoked. There’s no doubt in my mind that Michael Fassbender developed lung cancer from having to light up a dart every 3 seconds in this stupid movie. He gets a note from “The Snowman Killer” that says he’s gonna make some snowmen. That means kill people. So Harry starts to investigate with the help of a woman who looks exactly like all of the other women in this movie. I’m serious when I say they’re all identical. I didn’t know who was his partner, who was his girlfriend, who was a murder victim, it was ridiculous. They investigate for like 60 minutes without anything happening whatsoever. I’ve never wanted to walk out of a movie more in my life. I checked Twitter, I put my head in my hands, I contemplated my own existence, and I wondered why you could write on erasers with a pencil without the writing just getting absorbed. Anything to take me out of the nightmare of boredom I was living in. 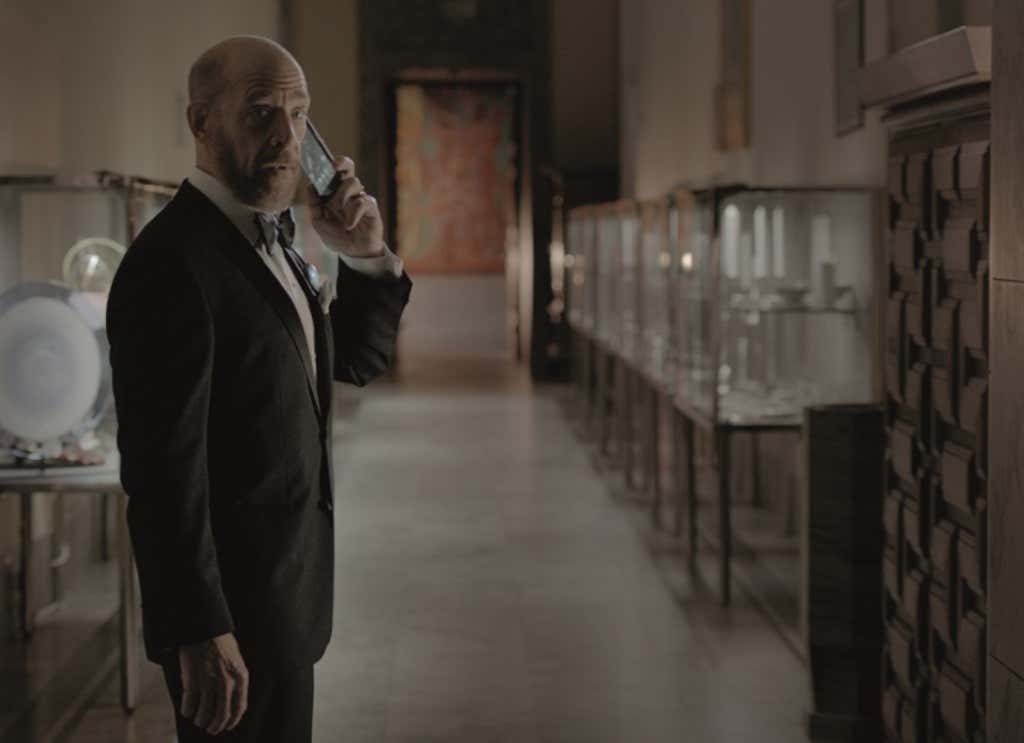 There were just random scenes of some mold cleaner guy working on Harry’s apartment, Harry trying to be a good dad to his ex-girlfriend’s kid (but ultimately failing at every turn and giving in to the ultimate troupe of forgetting to take his son on a trip he promised him he would), Val Kilmer also trying to solve the case (doing a WEIRD accent), and J.K. Simmons trying to get Norway the World Cup. It was incredibly bizarre. The director, Tomas Alfredson, admitted that they ran out of time/money and couldn’t shoot 20% of the script, and I assume the scenes left un-shot were all in those subplots. I never knew what Val Kilmer was doing, why he was a struggling alcoholic, or why he quit his job by saying nothing during someone’s birthday party. I also never knew what J.K. Simmons being a politician trying to get the World Cup had to do with the rest of the movie, and was especially confused when someone brought him a girl behind closed doors, pulled her dress down, and Simmons took a picture of her boobs and walked away. Dafuq was that?

There were some cuts to The Snowman killer through the movie, and he’d basically just use this saw type thing to dismember people, then put a snowman head on them, or build a snowman outside their dead body. He only killed during snowfalls, which seems wildly inconvenient and counterproductive if you’re a serial killer, but different strokes for different folks. He was revealed to be Harry’s ex’s current boyfriend at the end of the movie, and they had a big showdown with Harry, the killer, his ex, and her kid at the same table that the first scene of the movie took place. It was corny as fuck and Harry gets his finger cut off. Gross! The idea was that the killer was killing a bunch of chicks who had illegitimate children, because he didn’t want their kids to not know who their father was. I know. It’s dumb. 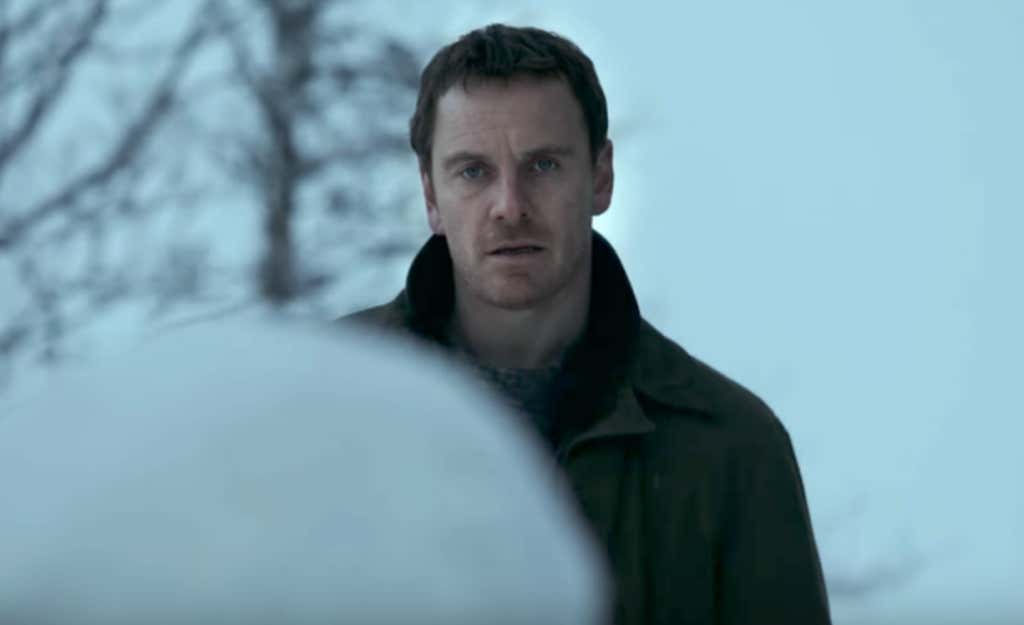 Harry eventually kills The Snowman by getting shot and The Snowman accidentally falling through ice. The final scene involves him taking on a new case, because the absolute morons that made this movie thought they’d get a sequel. Oh, and congrats to Norway for getting the World Cup. God I’m still in a bad mood from this fucking movie. Thankfully I’m seeing Jigsaw this weekend, and even if that’s bad, it’s SAW, so it’s endearing.

Avoid The Snowman at all costs. It is the worst way to spend an hour and fifty nine minutes on this planet. It is the worst movie of the year. It is possibly the worst movie of our lifetime. I don’t know how on earth it has a 9% on Rotten Tomatoes, because I can’t imagine any human being that has ever lived enjoying a single minute of this movie. I’m probably going to go on a vendetta against all snowmen this winter and give each and every one I see a Sweet Chin Music. How dare they remind me of the worst two hours of my life. Fuck.