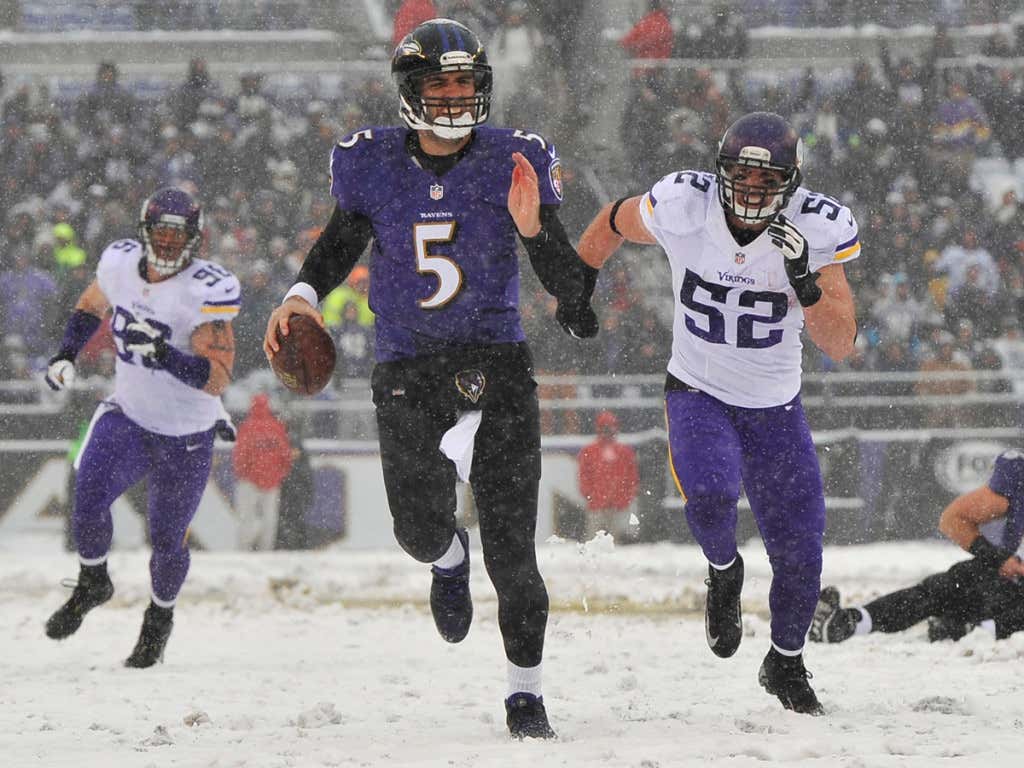 Well here goes nothing. After an embarrassing home loss to the Bears where only special teams gave them a prayer of winning, the Ravens go on the road to face a pesky Vikings team. They’re probably as banged up as we are, but have done an admirable job of piecing together some nice wins anyway. We really haven’t, outside of a win in Oakland against a Carr-less Raiders team. The Ravens have show little to no resolve in the face of adversity, and the offense has been a joke.

Could they find it today? Probably not. But every time you seem ready to write off the Ravens in a given season, they bounce back and surprise you. I don’t think anyone is afraid of the Vikings, and the Ravens DO get Brandon Williams back. The shenanigans when it comes to run defense should come to a screeching halt. Which gives me enough hope that maybe they can turn this into a low-scoring, grind-it-out kind of game where anything can happen. That’s my hope for today, and really my hope for the rest of the season. If they can steal one here and take care of business on Thursday against the Dolphins, 5-3 ain’t so bad. I want to believe, but I just don’t think they have it in em.