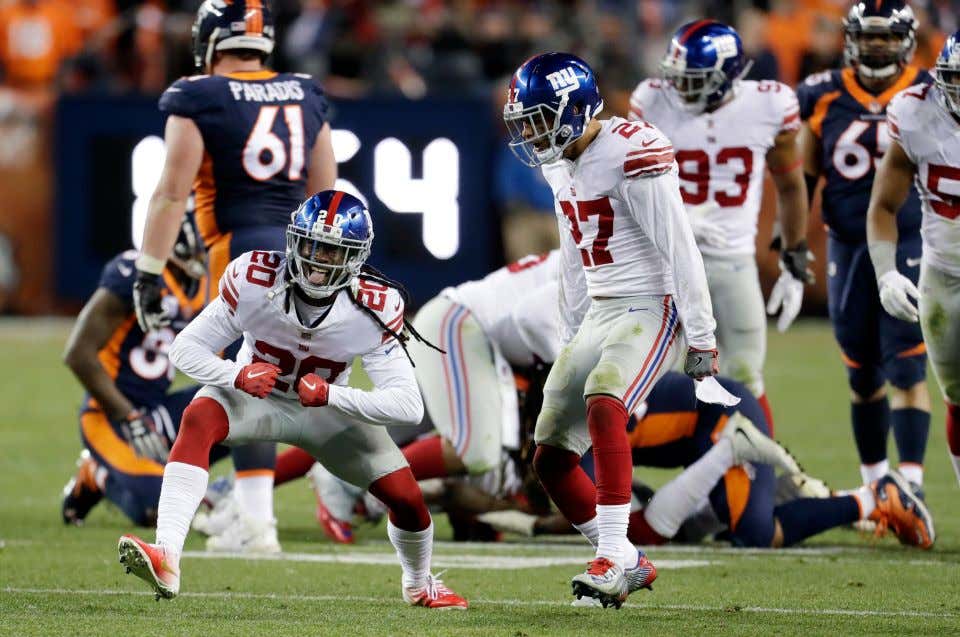 No Beckham, Shepard or Marshall. No Richburg. No Vernon. No DRC. No problem. Big Blue marched into Mile High against a Broncos squad fresh off a bye and finally got in the win column thanks to a long-awaited dominant defensive effort and an unexpected running attack. Without any real big-play threats & Mike Sullivan taking play-calling duties from McAdoo, the Giants used plenty of 2-TE sets & stayed loyal to pounding the duke. Eli only had to throw 19 passes but he was efficient, with 8 of 11 completions going for first downs. If the G-Men want to duplicate last Sunday night, their D will have to set the tone against another well-rested offense & allow Eli & Co. to keep it simple.

The Seahawks are a different team on the road, there’s no doubt about that. But Russell Wilson is a much more complicated assignment than Trevor Siemian. I still remember a couple years ago when he ran all over the Giants for over 100 yards – so even though Seattle’s offensive line is suspect, flushing Wilson out of the pocket is only half the battle. He’s their leading active rusher by far (way ahead of fat Eddie Lacy) after losing Chris Carson to an ugly ankle injury. With no true backfield threats & fresh legs for Wilson after a bye, the Hawks are gonna rely heavily on their star QB in all facets.

DRC & Shepard will be back, so personnel-wise the Giants will be better off than they were last week. DJ Fluker, who played a big part in Darkwa’s success in Denver, should be good enough to play through a knee injury that had him questionable all week. If JPP & Jackrabbit can take over like they did a week ago then Big Blue might actually have a shot at celebrating a mini win streak during their off-week. But here’s the best part – if the Seahawks do what’s expected & bring the G-Men back to reality, we’re one step closer to Sam or Saquon. With a victory finally out of the way it’s nice to have a week where, regardless of the results, these Giants aren’t gonna piss me off. I think.