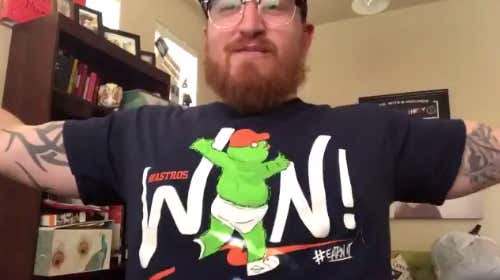 Just a great series all around. Win two at home. Lose three in a row on the road, and it felt like they were dead as shit. Came back to win the final 2 at home. Incredible. All day was the talk about how Houston had the disadvantage in this game because of pitching and I feel like that was true. It probably is true 99 times out of 100 times. I dont think Morton or McCullers will ever pull off something like that again. Everyone expected the platoon to be out there. The one time it worked for Houston just happened to be in game 7 of the ALCS. Incredibly fun series all around. Good for baseball.

Everytime Judge came up to bat I thought he was hitting it out. He’s an amazing player and will be fun to hate for the foreseeable future.

Play of the game by far is by Bregman and McCann. Insane. Just flat out insane.

Time to go to the World Series.