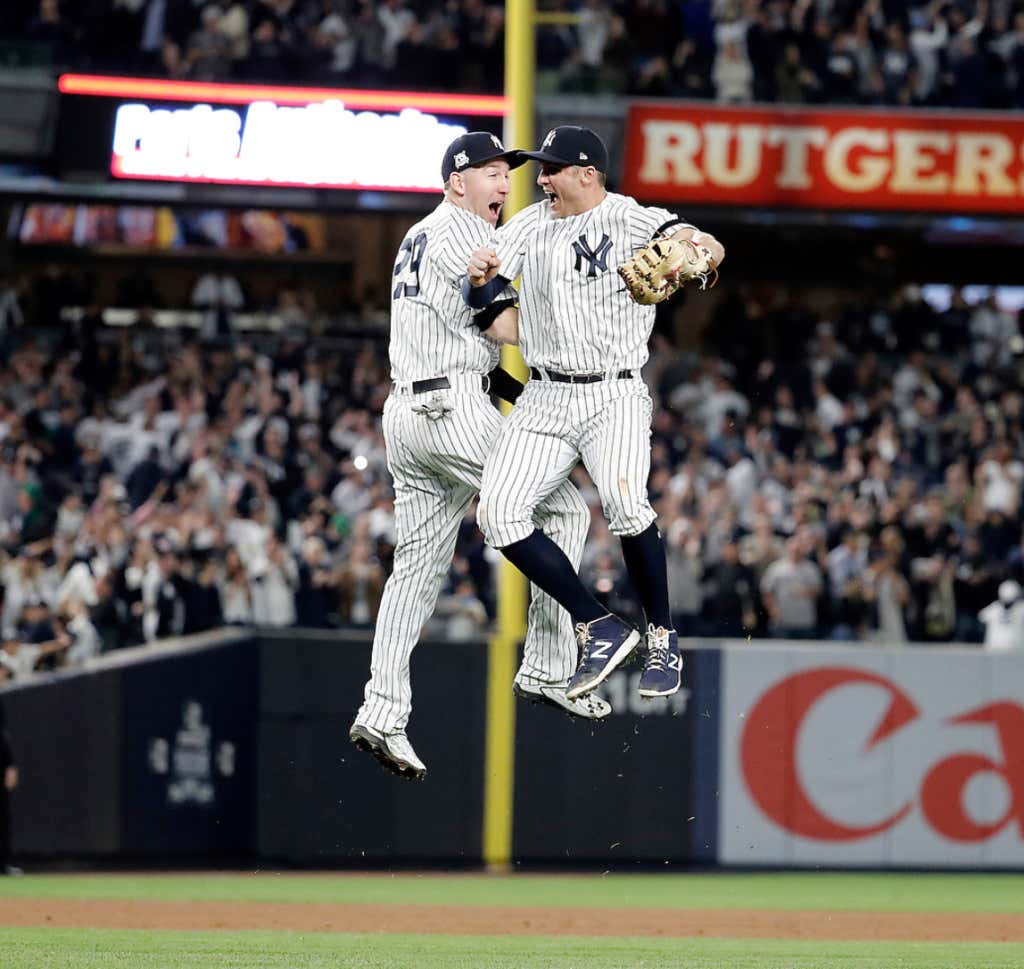 That was a cool headline to write out. Is this really happening? I have to keep checking to see if I’m dreaming. The Yankees are one win away from taking on the Dodgers in the World Series. I got chills again typing that. This team man…..it’s fucking magical. Aaron Judge wasn’t a lock to make the team to begin the season. Didi got hurt in the World Baseball Classic and sat out the first month. Aroldis Chapman was suspended for his domestic “dispute.” Gary Sanchez went down. The starting rotation was a complete question mark. Greg Bird got injured and there were serious questions whether he was gonna play baseball again this year. Vegas set their wins total at 83 wins and even that seemed ambitious to some.

And now we’re here. Knocking on the doorstep of the Fall Classic. Are you kidding me? One road win in Houston is the only thing blocking the door. Tonight Justin Verlander goes up against Luis Severino. Verlander comes off one of the more well-pitched games in his entire career when he topped 120 pitches, on his way to a 2-1, 13 strikeout, complete game masterpiece. The positive for the Yanks is that it’s almost impossible he duplicates that performance. It’s hard to be better than he was in Game 2. Simply a fact. Another positive is that this Astros lineup limps into this game with their heads down. The bats have vanished at the worst time for them and here comes Luis Severino of all people in a game they need to win to avoid elimination. The momentum is clearly riding on the Bronx Bombers’ side, but this is baseball. Everything can all flip if Carlos Correa hits a ball to the train tracks in the first. New York needs to keep their foot on the gas pedal and end this tonight. Do not take for granted the luxury of having a Game 7 as a fallback plan. Finish this fucker tonight. Complete the comeback.

We’re doing it again tonight at The Ainsworth 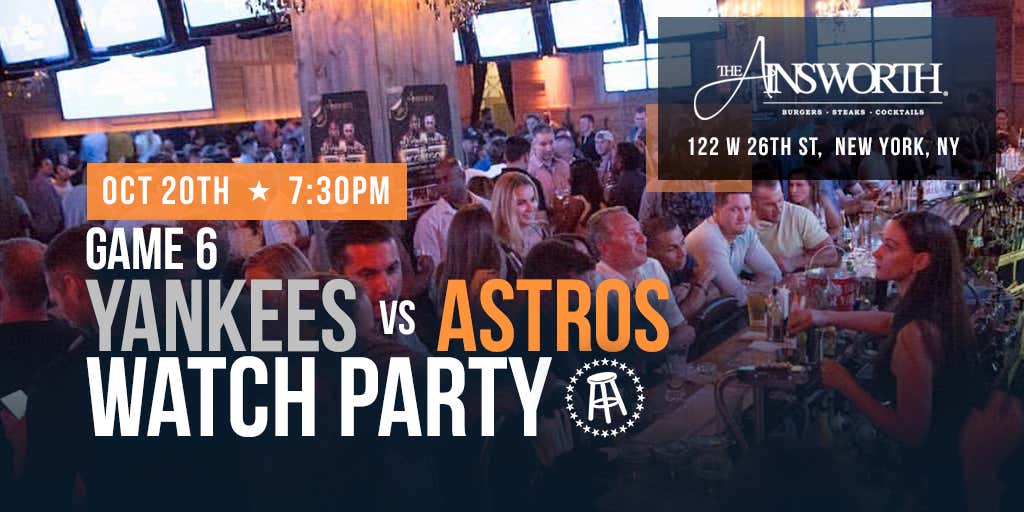 $3 domestic drafts, $4 wine, $5 well drinks $5 tequila/fireball shots, and food specials. You gotta get a wristband at the front of the bar and say you’re with us and you’ll be all set. If you were at these the last couple of nights I NEED YOU TONIGHT. We’re 3-0 at the 26th street location and I’m all about superstitions. Let’s go the World Series.