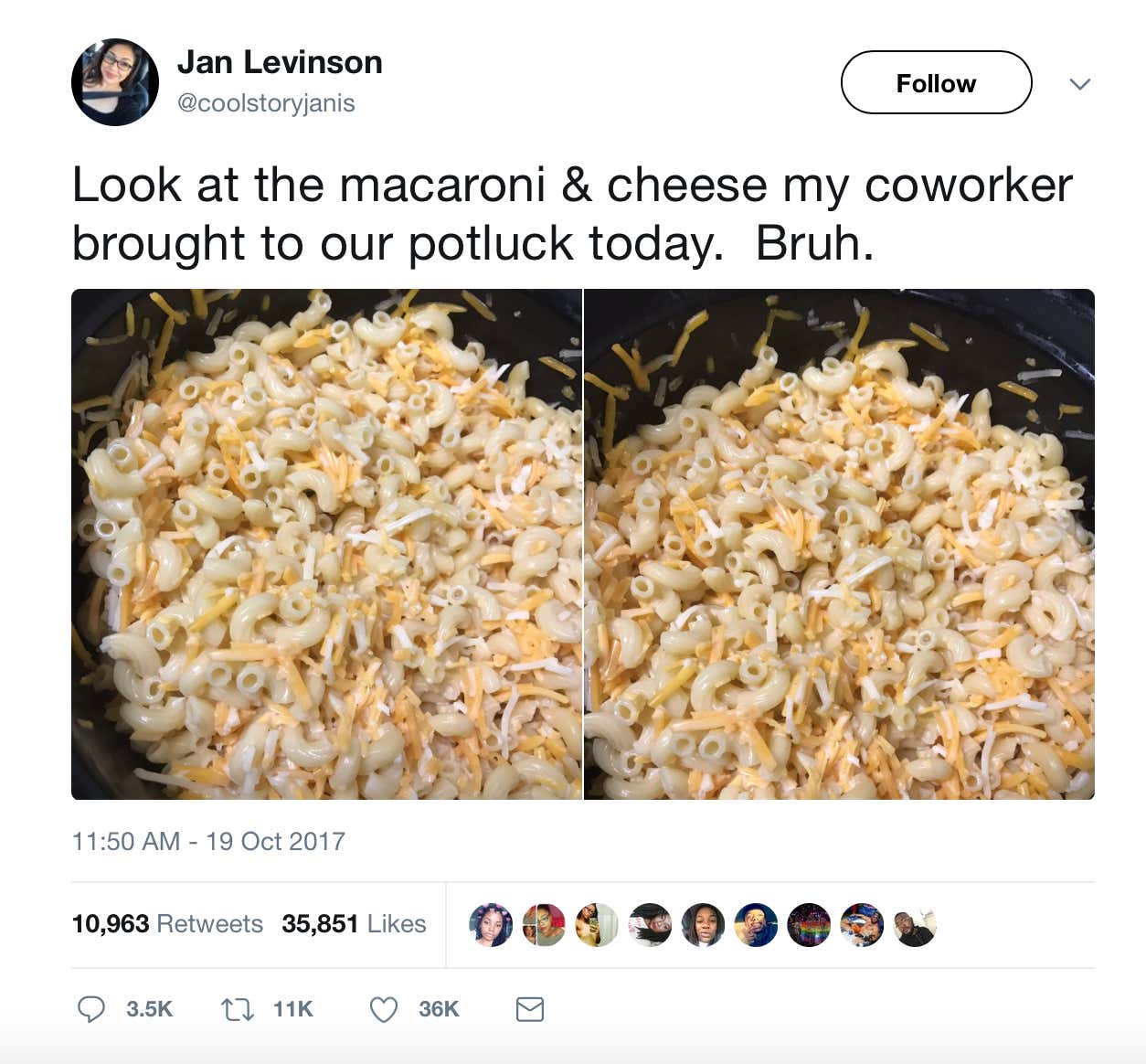 That scene from Entourage popped in my head the instant I saw that mac and cheese for whatever the FUCK that stuff is. Because I’m fairly certain that person was extremely stoned when they made that shit. My guess is the person got him from their 9-5 job and wanted to relax. They wanted to melt into their couch and not have to think about the everyday struggles and anxieties that come along with a cube job/being alive on planet Earth. So they pulled out the bag of weed they bought off their cousin (everyone has that cousin, the weed dealing cousin), shoved some plant matter into the pipe their cousin gave to them and took a couple healthy rips. Life is good. Life is great. Rick and Morty LOL LMAO.

Then, in the middle of their THC-aided coma, they remembered they had a potluck at work the following day and every employee had to bring something. Panic washes over them like a tidal wave. The walls start to close in. Rick and Morty not so funny anymore. Cause nothing ruins your high quite like remembering that responsibilities exist. So the person then thinks, “I’ll make mac and cheese. That’s easy enough. People have been making mac and cheese for centuries because it’s so easy.” Some noodles. A little milk. A little shredded cheese. A little love. Mix it all up and boom. Mac and cheese. The only mistake this person made was waking up the next morning and still deciding it was a good idea to show the concoction to other humans. Now the tweet of the picture has 11,000+ retweets and they will be mocked forever.