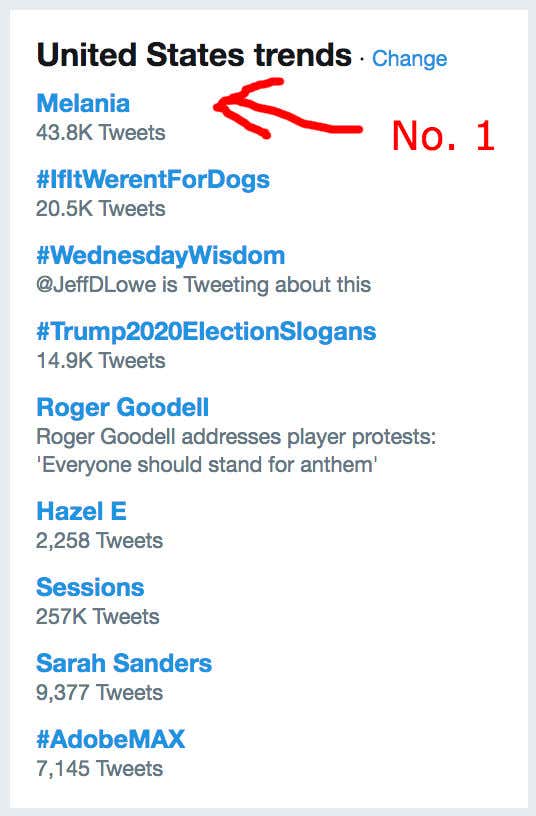 “My wife, Melania, who happens to be right here” is a bizarre thing to say when your wife, Melania, is quite obviously standing right there. Then again, Donnie’s a pretty bizarre ass dude.

A Facebook thing — which apparently people use outside of electric chairs, Starting 9, Barstool Drive Time (RIPIP) and the Barstool Tailgate Show (RIPIPx2) — has gone viral with about 100K shares.

Barstool Trent and KFC are woke as fuck. Not buying it… not even close!

Internet jokes are a plenty.

(I must say, showing two different instances with the same coat ain’t much evidence. Dressing up the fill-in with the same clothes as the actual is a classic body double move. Body double 101 really.)

Me? No clue what to think. You could prove to me it’s Melania or you could prove it’s a body double and I genuinely don’t think I would be surprised either way. Nor do I think it would matter. You’d prove it, Trump would say…

…and the whole world would be like “okay” and move on to the newest crazy shit.