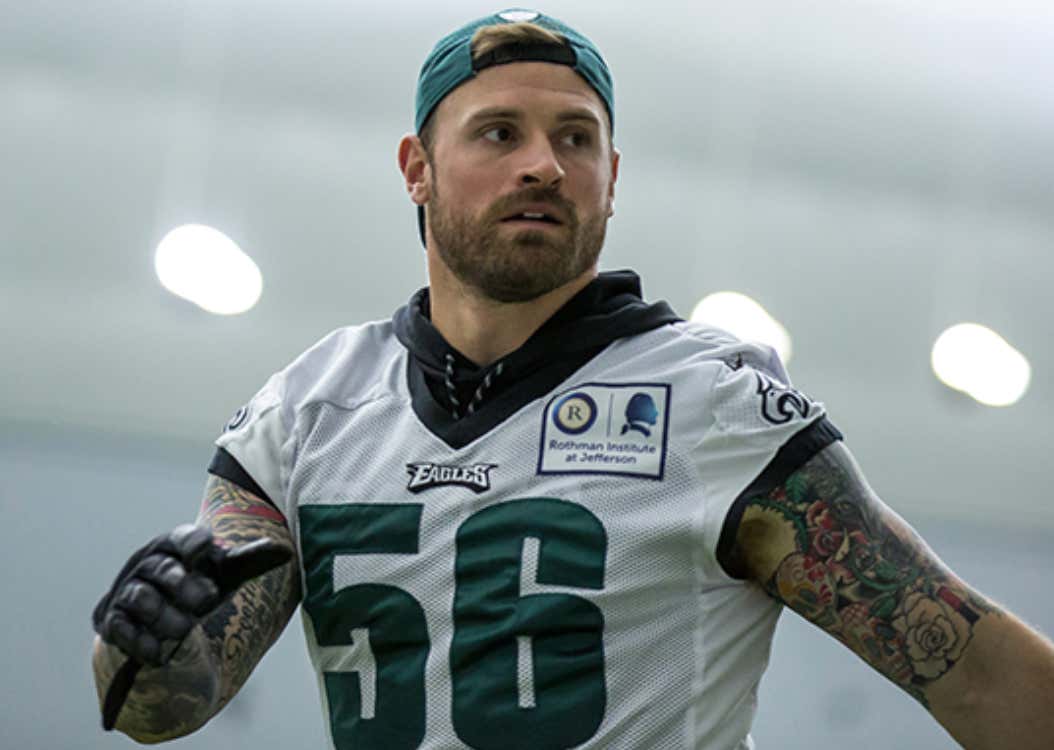 PFT – At a time when some are wondering what NFL players who protest care about, Chris Long is showing the world what matters to him through his actions. The Eagles defensive end, who already pledged six game checks to fund scholarships in his hometown of Charlottesville, Va., is now playing for free this season. Via Dave Zangaro of NBC Sports Philadelphia, Long announced on Wednesday that he was giving away his final 10 game checks this year to four organizations he has identified “whose missions focus on making education easily accessible to underserved youth while also providing students the support they need to develop strong social and emotional character.” Long’s base salary of $1 million this year is now earmarked for educational opportunities for others. The donations will go to groups in Philadelphia, Boston and St. Louis, the cities he’s played in during his 10-year career. “In my 10th year, I want to celebrate the awesome opportunity I’ve had to play football by giving back to the communities that have given me that gift,” Long said in a statement. “Educational opportunity and equity are the best gateway to a better tomorrow for everyone in America.”

Chris Long was the #2 overall pick in the NFL. He’s been in the league since 2008. He’s got a Super Bowl championship in his pants. Chris Long has had a very established, long standing NFL career. And it’s safe to say he’s well off ($29 million guaranteed rookie contract with the Rams ain’t no chump change). But when it’s all said and done, nothing may hold a candle to this boss move. Chris Long is playing his entire 2017 season…for free. I don’t care how much cahs you got in the bank, it’s still a statement play. Culture may not win football, but it helps. And this team has a number of upstanding individuals to society who are leaders on and off the field. Props to Chris for coming in to Philly and making in impact on the field, and where it actually matters.