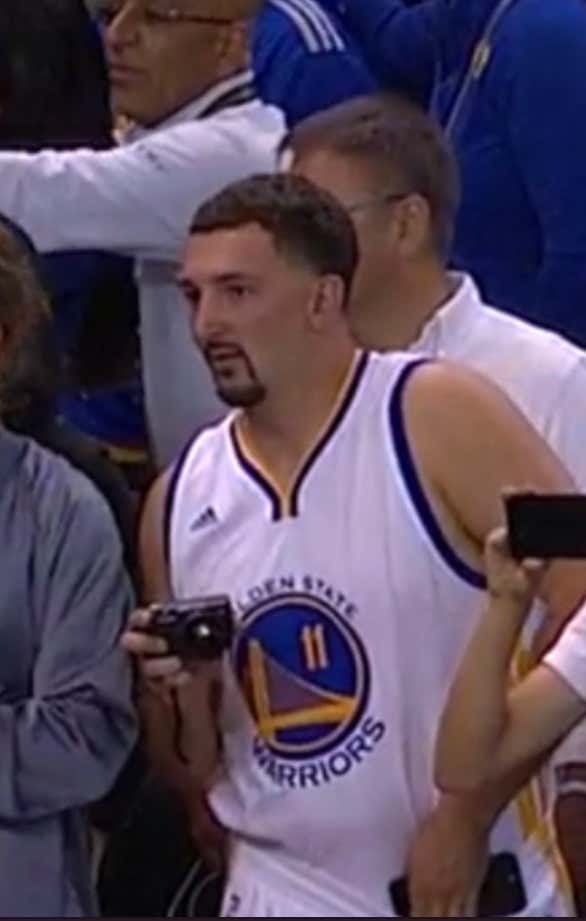 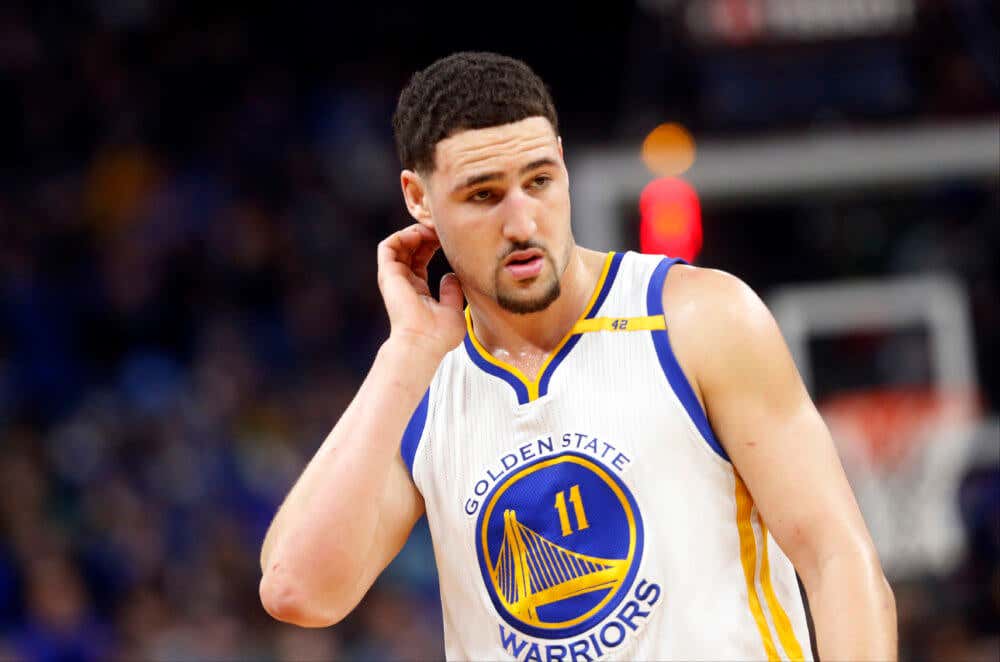 Tonight has been a wild night on Twitter. We had the terror from Gordon Hayward’s injury, Yankees fans cumming themselves during a comeback, and Nate systematically destroying a man in 140 characters or less. So in the midst of all that, I actually thought this was Klay Thompson for a second. I figured Klay blew the fuck up like a Barstool blogger after doing his victory lap in China, slamming down a ton of goons and washing them all down with 3 beers and a Fanta before picking up a camera on the cheap. Nope, just a big Thompson fan (and YouTube star) dressed in a full Warriors jersey. What a sports nut, huh?

Thank God the NBA is back in our lives.