The enormous 20ft long snake is kept as a pet at the family’s home in Thanh Hoa province, northern Vietnam.

But the youngster, named Truong, could not contain his excitement as his parents took the chance to let the snake play in the ankle-deep water filling their flooded yard in the Ha Long commune, in Ha Trung district.

He immediately leapt on to the deadly creature and straddled its back – giggling adorably as he ‘giddies up’ like a horse on the 176lb (80kg) beast.

The boy’s aunt, An Nguyen, said: ‘He is three years old and the python is 80kg.

‘The family have had the python for four years as a pet and it is very gentle.

‘It was a rainy day and the water flooded to the edge of the yard. So they put the python in there to play and relax.’ 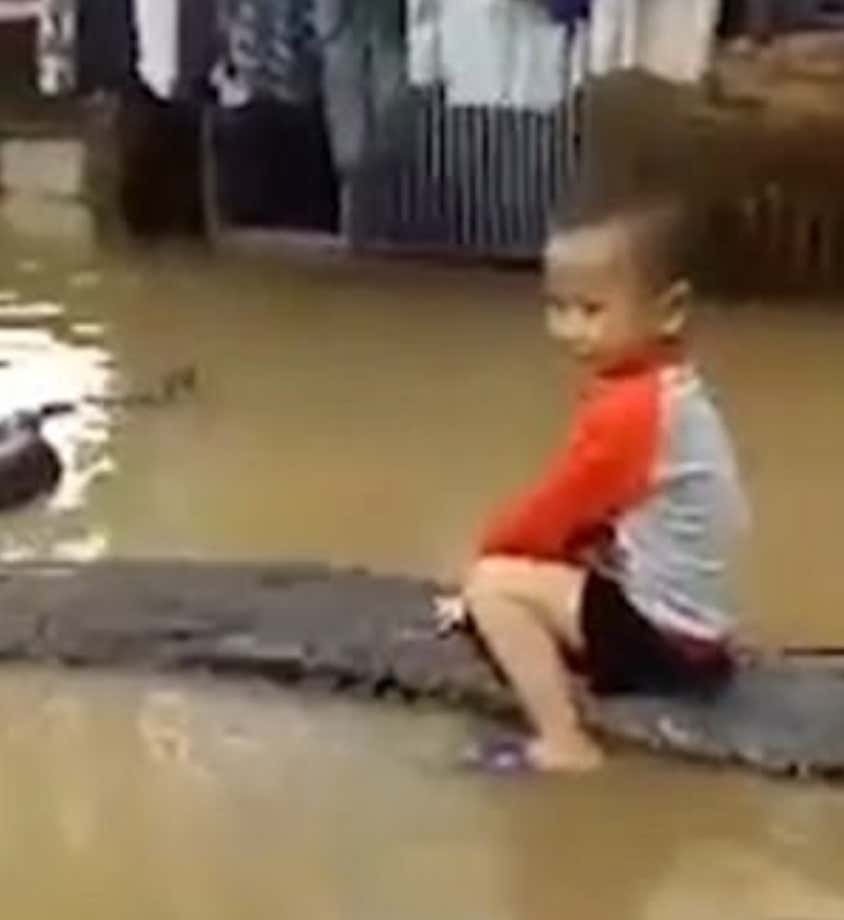 Hey ya idiot baby, that’s a human-eating 20 foot long, 176 pound python, not a horse or large dog, ya fucking dummy. You can’t just go riding around on man eating snakes like that, it’s not what they are there for. We all know how this works- One second you’re a 3 year old idiot who can’t wipe your own ass playing rodeo on the snake you probably named Sparky or Rover or Bella. Mom and dad are clapping along, taking pictures, sending snapchats with silly filters, and then the next second there’s a 3 year old baby outline in that snake’s stomach. It happens just like that. I’ve watched National Geographic. I’ve seen YouTube videos in my time. Pythons don’t like to be petted. Pythons aren’t there to be your personal carousel. Pythons are there to sink those fangs into your brain and slather your blood all over the place. It’s like how the old Chris Rock joke goes, that python isn’t going to go crazy, that python is going to go python.

So get this baby a blankie and a Dr. Seuss book. Get it a hermit crab. I know it’s Vietnam, but get it a puppy and try not to eat it for dinner. But once that baby puts on a little weight, the snake is going to launch it’s master plan and attack. Smart ass snake waiting and waiting and waiting, just biding his time til that thing is ripe for the picking.