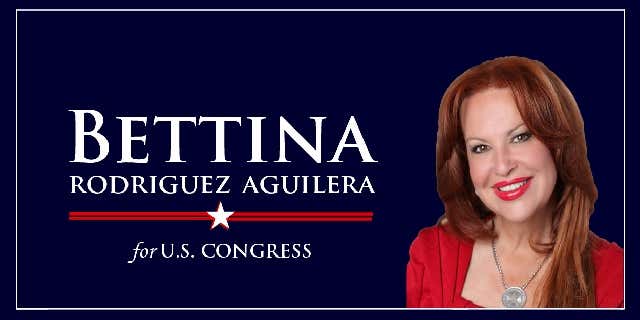 Miami Herald – A congressional candidate from Miami … Bettina Rodriguez Aguilera says she’s been aboard a spaceship too. But this one was crewed by aliens. As in extraterrestrials.

Three blond, big-bodied beings — two females, one male — visited her when she was 7 years old and have communicated telepathically with her several times in her life, she says. …

Rodriguez Aguilera, 59, a Republican … recounted her experience with the ETs during a 2009 television interview.

“I went in. There were some round seats that were there, and some quartz rocks that controlled the ship — not like airplanes,” Rodriguez Aguilera said. … She said the alien beings reminded her of the famous statue in Rio de Janeiro, Christ the Redeemer, with arms outstretched.

Among the things she said she found out from the aliens:
? There are 30,000 skulls — “different from humans” — in a cave in the Mediterranean island of Malta.
? The world’s “energy center” is in Africa.
? The Coral Castle, a limestone tourist attraction South Miami-Dade, is actually an ancient Egyptian pyramid.
? “God is a universal energy.”

It’s nobody’s job around here to stump for political candidates, but I’m going to break precedent here and give Bettina Rodriguez Aguilera my strongest possible endorsement.

By and large I am not a big Conspiracy Guy. I’ll argue with anyone that 9/11 was carried out by a group of Islamofacists who exploited a weakness in our airline security, period. Oswald was a loner/sociopath who had a sniper rifle and a job at a place that just happened to give him a clear line of sight at the President of the United States. But alien abductions? That is another thing entirely.

Aliens and UFOs are as real as you and I. They are here. They have been for a long time. As Pat McAfee and I said on this week’s Laces Out, an extraterrestrial craft crashed in Roswell, NM in 1947. The crash site was visited by dozens of people. There were newspaper accounts of it. Until the Department of Defense took over, saying it was a matter of national security. Then eyewitness accounts changed. The guy who got his picture in the paper holding a piece of the wreckage said it was really a weather balloon. The DoD distributed the different technologies they recovered to various contractors who reverse-engineered them to give the world transistors, silicon chips, microprocessors and night vision, among others. That is documented fact.

I’m not so sure about the 30,000 E.T. skulls, the energy center, Coral Castle or that God is The Force or whatever. But if that’s what 7-year-old Bettina learned on the space ship, that’s good enough for me. It’s long overdue that we get people in Congress who know the truth. Which is why I’m backing Ms. Rodriguez Aguilera. Washington is run by a rabble of self-interested greedheads. And it’s high time we sent someone there who can relate to the common people. Farmers who’ve had their cattle mutilated by aliens. Abductees who know the cold, antiseptic sting of an anal probe. Those hundreds of thousands of Fox Mulders who’ve been ridiculed for stating the facts. The truth is out there. We are not alone.

So those of you in her district, vote Rodriguez Aguilera for Congress. I Stand With Bettina. I’m Jerry Thornton, and I approve this message.
@jerrythornton1