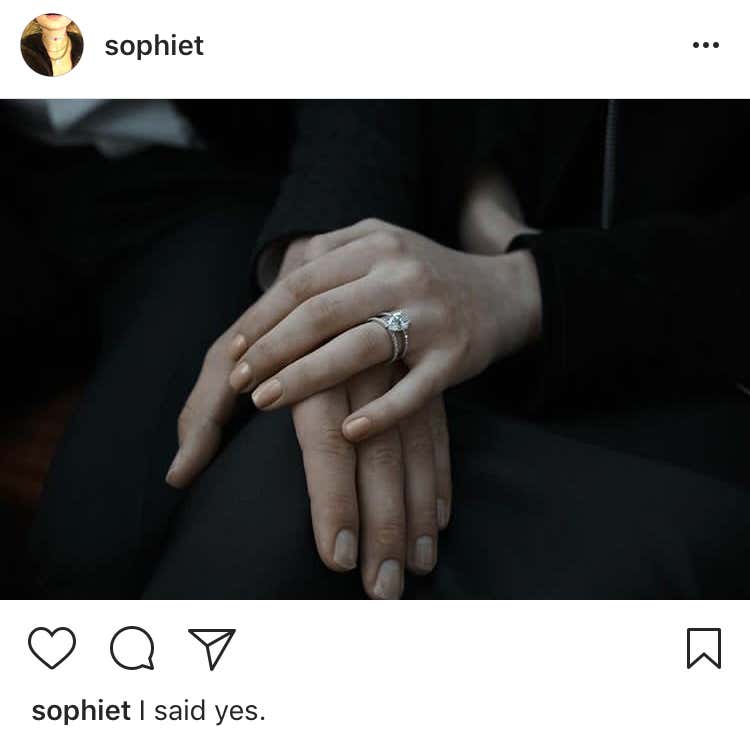 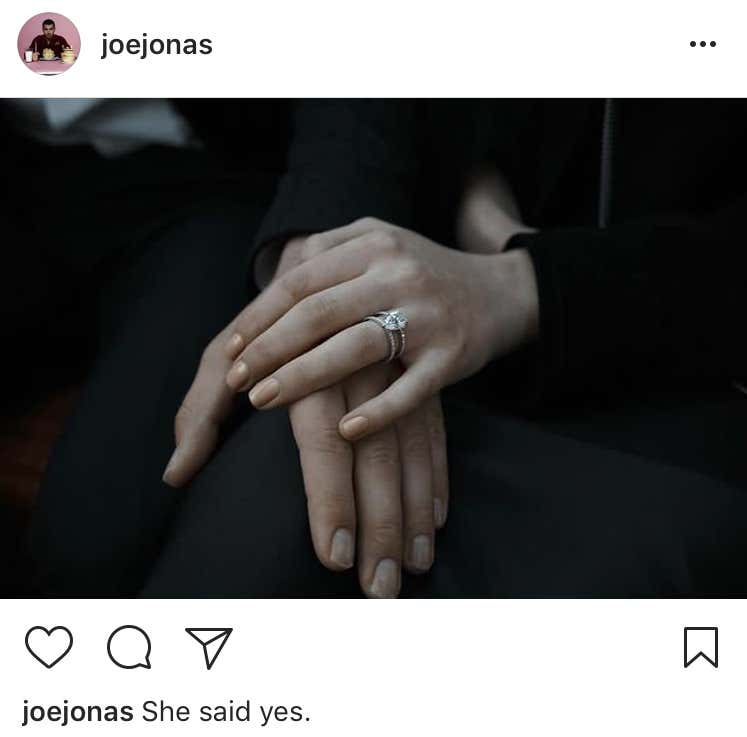 So I know the name of this site is Barstool SPORTS but I have heard rumors that the good people of the comment section wanted more celebrity gossip on the site. Demanded it even. So I am here to give the people what they want.

What a TERRIBLE move by Sophie Turner. Yeah I know there are a bunch of young kids that love this millennial super couple and will cry if/when they get divorced on some Robbie Fox shit. But anyone that has watched Game of Thrones has known Sophie Turner was the future the minute it was no longer creepy to do so. I’ve been saying for (looks up her age again) years that she was the hottest girl on Game of Thrones. Margaery at number two with a bullet. Khaleesi a close third (I will not call her Dany just because it pisses fanboys off). But Sansa was always the smokeshow that was promised. 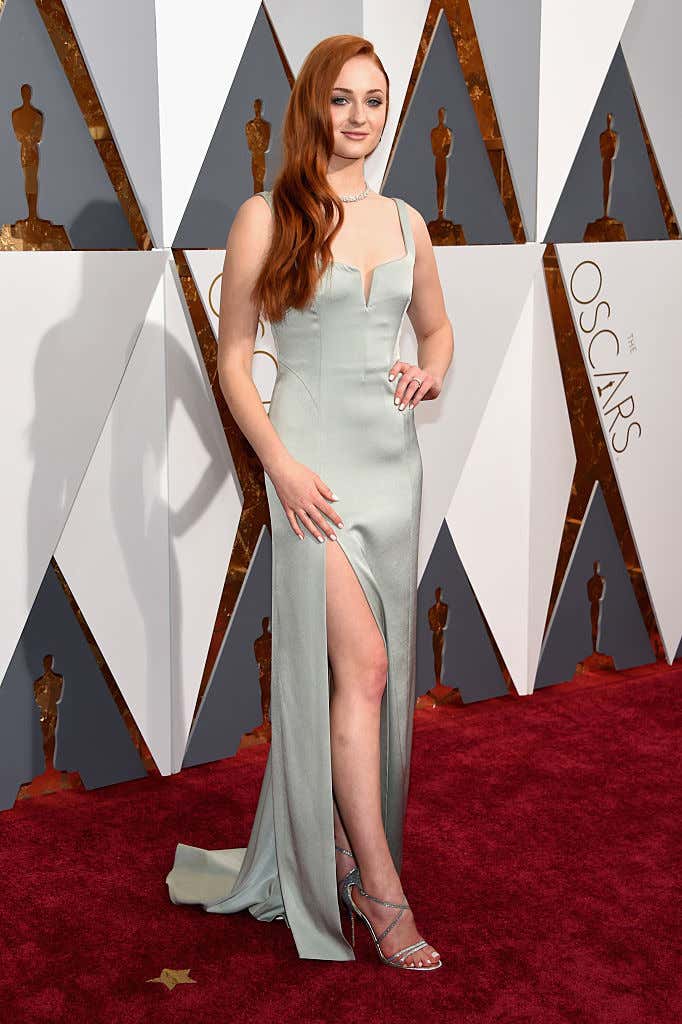 And not only is she a certified smoke with what appears to be a little bit of freak in her with those Uncle Chaps tats. But she is about to blow up career wise. And by that I mean being even bigger than having a huge role on the most popular TV show on the planet in years. She is now Jean Grey in the X-Men series and may be kind of important in the next movie titled X-Men: Dark Phoenix (side note, I had no idea it was titled Dark Phoenix. Fuckkkkkkkk yeahhhhhh). By putting a ring on her finger now, Sophie Turner is pretty much selling Apple stock the first time it hit 50 on the stock market.

Meanwhile, Joe Jonas doesn’t have shit on Sophie Turner. I’m sure he is a very nice young man and has throngs of fans that would kill my Twitter mentions if I ever spoke ill of him. But facts are facts. We’ve seen actresses with Sophie Turner’s career arc before and it usually lands somewhere on the moon near where Barstool’s next HQ is scheduled to be built. She is the quarterback that wins titles and puts up big numbers in college. Sophie Turner is DeShaun Watson. On the other hand, Joe Jonas is a guy that made music with his brothers in a boy band. That’s like playing quarterback for Notre Dame. Your name gets out there but future success is unlikely. Joe Jonas is Deshone Kizer. Hey our Editor-In-Chief just did a blog about those two. What a coincidence!

Anyway, with that background, the best best besttttttt case scenario for Joe Jonas is that he becomes a non-weirdo version of Michael Jackson (no chance in hell that happens). Worst case scenario, he becomes Tito. If your big break is starting in a boy band, your career is likely going to age like a birthday cake in the rain, unless your name is Justin Timberlake.

And based on the little I know about the Jonas brothers, Nick is the talented one, since Jealous still bangs until you watch the video and remember it’s a Jonas brother singing.

But if you listen to the remix without seeing Nick Jonas ride a motorcycle or drive a car looking like an absolute dickhead, you can definitely get down with the song.

Annnnd Nick is in the new Jumanji movie with The Rock, so it has to be good. Joe Jonas’ IMDB page from the last few years? Not great! 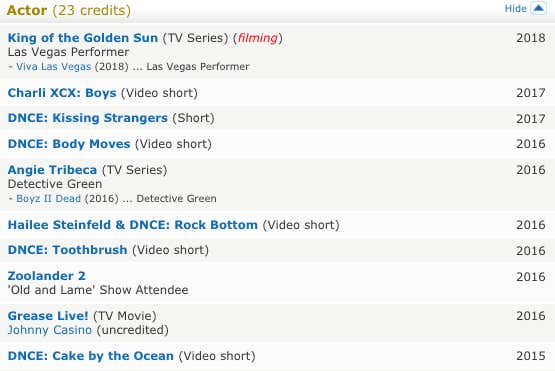 I was also going to call out Joe for being the brother that had that purity ring when every young girl on the planet wanted to bed him. But it turns out that was Nick. So Nick has the talent AND the crazy gene of the Jonas family? Sophie is going to realize she picked the wrong brother at the engagement party or the first shared holiday if she doesn’t realize it already. Or maybe this is all a Littlefinger-esque plan to move up the ladder of Jonas brothers so her and Nick can rule the world as the #SuperCouple of the future. And to be honest, I wouldn’t rule it out. Chaos may be a ladder, but celebrity marriages are a motherfucking escalator.

I also have to admit that I don’t have the brain power to acknowledge that Sophie Turner is a real person and not actually Sansa Stark. 90% of the reason I wrote this blog is because I am broken hearted that Sansa is off the market. I thought myself and Sansa would run away together since we both grew up in The North and she would look past my shitty body to see the good man I am inside. Ned taught her to love someone for who they are, not who they appear to be. Even my wife would be hard pressed to turn down Lady Stark’s request to annul my marriage to Wifey. Wifey is Team Stark for life and would do whatever was best for the realm and the Stark family.

Now that I read this back, it all sounds really weird and creepy. But I stand by it. And since we have given the commenters what they want, we can now return back to Barstool SPORTS. Time IN!