NYDN – An IHOP waiter with a third-degree black belt thwarted a robbery at his San Antonio restaurant with his mixed martial arts skills.

Elijah Arnold told local media he was opening the restaurant early Thursday when he heard something at its entrance.

“I stepped out and looked and there he was pulling the register out and everything so I just took off, my instinct kicked in and I took off full speed at him.”

You have to have the absolute WORST luck on the entire planet for this to happen to you.  I’m just dumbfounded at, out of all the possibilities, how many things went wrong for the robber here.  Think about how unlucky your life is.  You’re at the point where things have gone so badly that you’re dead broke and desperate.

“He tries to start apologizing and, ‘man I’m so sorry. I know I hit you,” he told WFAA. “I know I’m trying to steal your money, but just give it to me. I need it really bad’ and everything like that.”

A few things haven’t gone your way, you’ve got responsibilities and things to pay for but no source of income.  It’s your last resort, you don’t want to do it, but you have to steal some money.  Just to get back on your feet you know?  You definitely don’t want anyone to get hurt.  You want it to be easy, just walk in and be a little sneaky, grab some cash out of a register and bolt.  You try to think of the softest target possible.  The local IHOP right?  It’s all like 45-55 year old ladies looking to make a little extra income for the family on the side, keep themselves busy so they don’t turn into the knitting cat lady their mothers warned them about.  Maybe there’s a manager on duty, he may be a little itchy for a chance to establish his manhood after turning out as an IHOP manager, but the chances are probably slim, especially if you can get in and out fast enough.  I mean as long as there isn’t a 3rd degree black belt with literally close to the maximum amount of martial arts training and a strong sense of morality and personal responsibility for his workplace, you’re gonna be free and clear. 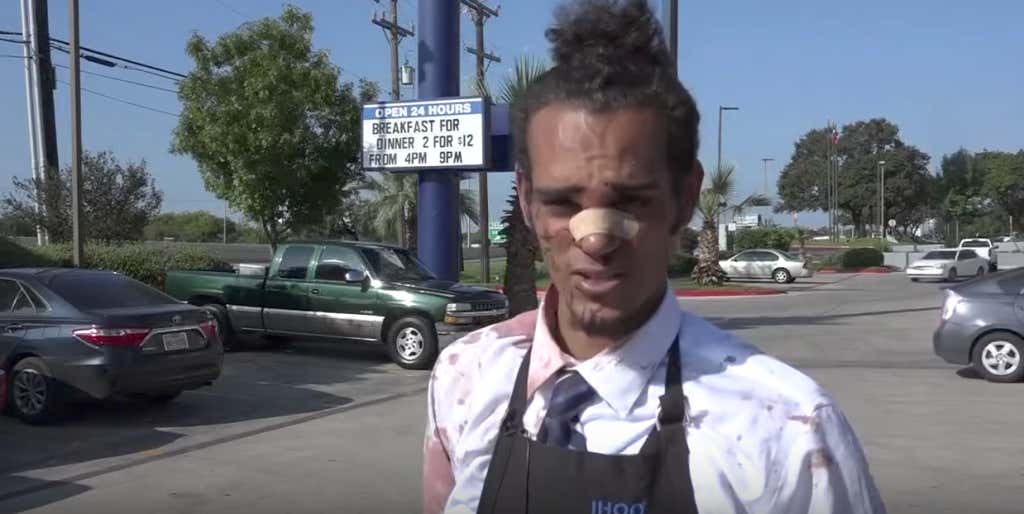 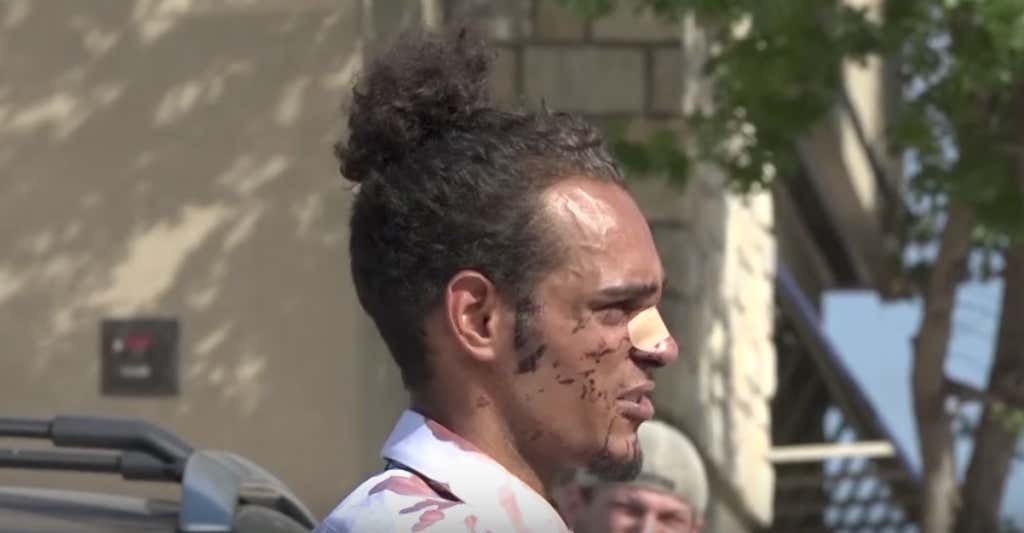 Shout out to Elijah Arnold.  Hope he got a nice fat bonus and a raise or at the very least Rooty Tooty Fresh and Fruitys for life.