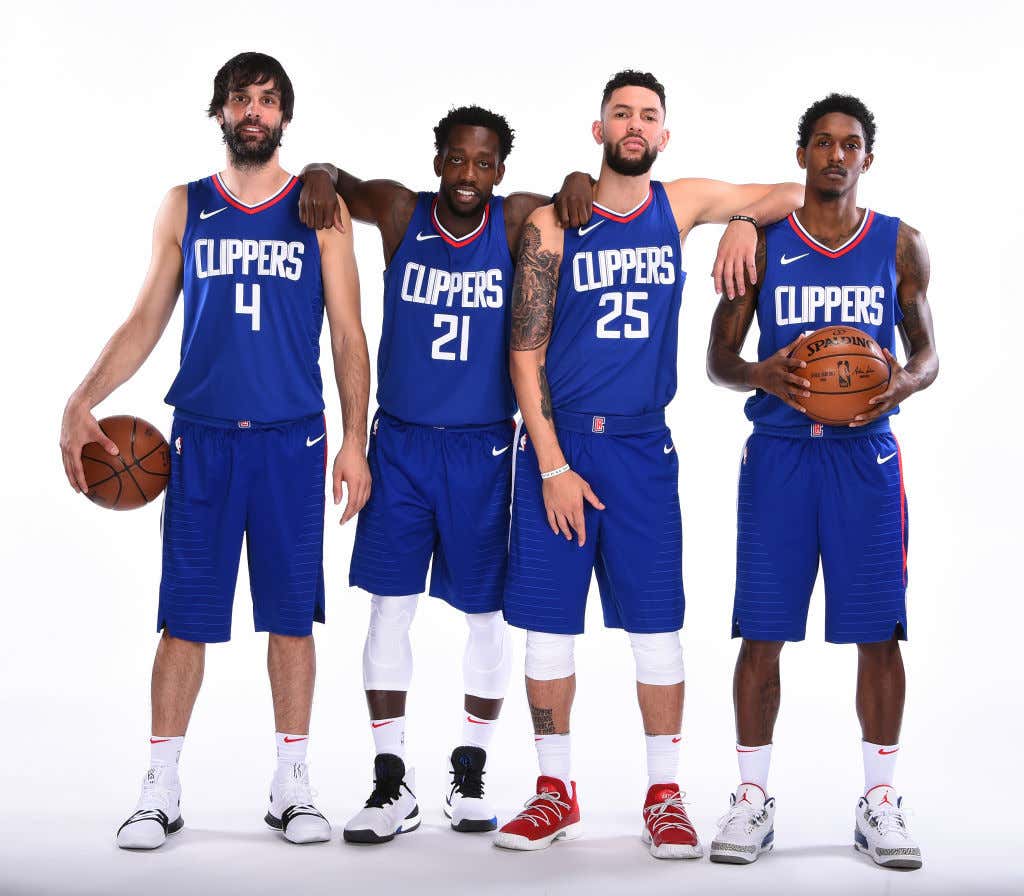 Welcome to Lob City 2.0! For a team that won 51 games last season, the Clippers enter 2017 with a shit ton of new faces. Many, myself included, thought Doc Rivers might be gone as well, but seeing as he was his own boss, he’s back for his 5th season in LA. Once a laughingstock, the Clippers have actually made the playoffs 6 straight years. That’s the good news. The bad news however, is that of those 6 appearances, there are no Conference Finals. Three first round exits (including the last two years), and three second round exits. Will this year finally be the year the Clippers don’t shit their pants in the playoffs? In a packed West, the Clippers remain one of the more intriguing teams for me, and here’s why.

I feel for Clipper fans, I really do. It had to suck having the talent they did these last few years, only to see someone get injured in the playoffs, or the whole you know, blowing a 3-1 lead thing. One of the more fun regular season teams of recent memory, the good news is, this new and improved Lob City 2.0 team appears to be just as entertaining. First though, let’s talk about how different this roster looks 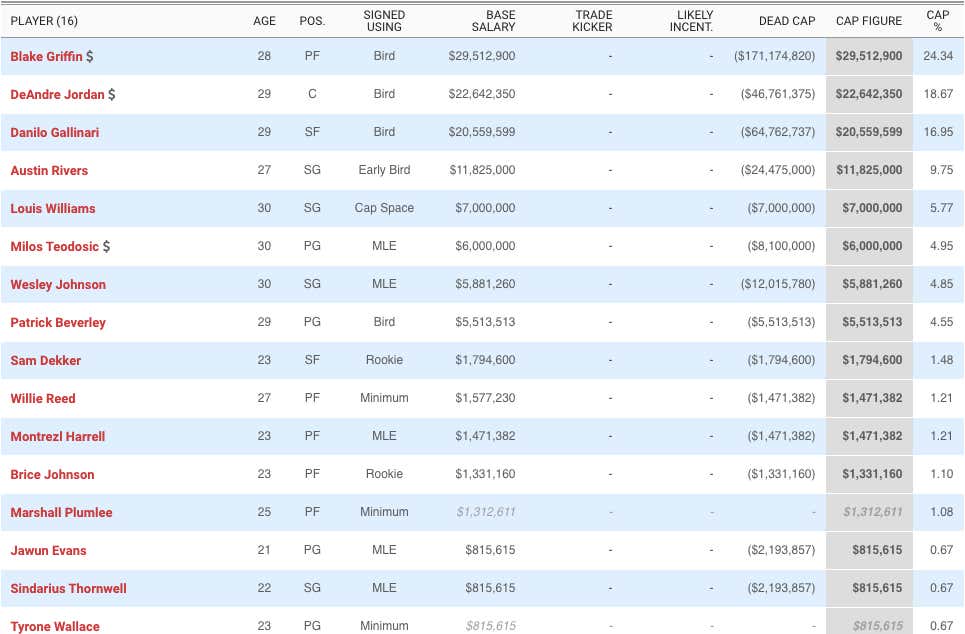 A total of 11 players that were on the 2016 team are now gone, and yet this group you’re looking at has a salary of $118,762,602 which is 6th in the NBA. That’s a hefty price for their billionaire owner to pay for a team who never even comes close to sniffing title contention. But I can’t lie, looking at this roster it’s hard to not get excited about this version of Clippers basketball. It all obviously starts with Blake Griffin’s super max, a leap of faith that Blake is going to not only be healthy for the foreseeable future, but also perform at his current elite level. If you’re LAC, you really had no choice, and there were thoughts that they were not going to want to commit that 5th guaranteed year, but once they put that on the table there was no doubt Blake wasn’t leaving. Now does it seem a little odd to anyone else that a team with a terrible injury history just HEAVILY invested in both Blake and Gallo, two guys that have anything BUT a solid heath track record?

At the end of the day though, when you looked at the Clippers roster last year, one thing stood out, they desperately needed an upgrade at SF. If you threw Gallo on this team last year I can assure you they probably don’t lose in the first round. Despite his injury concerns, Gallo is a solid offensive player who will fit right into the fast pace Clippers style of play. He averaged 18 a game last year with solid shooting splits and over 2 made threes a night, which should prove to be of value in an offense that finished 9th in 3PM per game last season. The Clippers needed to replace the outside shooting of guys like JJ Redick and CP3, and Gallo certainly helps that.

Also not to be overlooked is the addition of Lou Williams. This is two fold, on one hand, they got him away from their direct competitor in HOU, but also found their 6th man replacement. Jamal Crawford and Lou Williams are a lot alike in that they can score a billion points in a flash, but at this point in their careers, Williams is clearly an upgrade. Add in additional shooters like Dekker, and this team shouldn’t miss a beat when it comes their three point offense, which is an important thing to have in today’s NBA. In fact, even Blake Griffin, a guy who never really had that offensive skill, is 8-17 from deep this preseason. That is VERY scary for potential defenses.

Anytime you have this kind of turnover, it’s only natural to feel a little skeptical about how all the pieces will fit together, but aside from CP3, I do not think the Clippers are going to miss anyone from last year’s team. Sometimes losing guys like Raymond Felton is actually addition by subtraction. Especially when you consider the guard depth that this team added.

On the defensive end, Patrick Beverly is going to continue to be one of the best on ball perimeter players in the league. He’ll come as close as you can to replicating what CP3 gave them on the defensive end, and he’s just the type of asshole player that the Clippers can use to get under opponents skin. What he may lack in physical ability, Beverly makes up for in mental warfare. Again, this used to be Raymond Felton, I can’t stress that enough. Then, maybe the biggest addition to the success Lob City 2.0, the guy I consider the best passing PG in all of LA, finally made his way to the NBA

I am already excited about all the sleep I am going to be losing by staying up late watching League Pass and Milos. If you enjoyed the CP3 era Clippers and all their nifty P&R lobs, buckle the hell up.

So on paper, it would appear the Clippers are in a pretty good spot right? But taking a step back, how much better could they possibly be when you factor what everyone else in the West did this summer? You have MIN poised to make a drastic jump up the standings, OKC did their thing and will almost assuredly be better than the 7 seed they were last year, so what does that mean for the Clips? It means they are going to have to fight like hell to keep their spot as a 4 seed. Last year, it took 51 wins to snag that spot and you’re kidding yourself if you think it’s going to be any easier this year. You could argue that all these teams are so good, they’ll just beat up on each other and maybe that win total will get the job done, but I doubt it. Could this team really fall as low as a 6/7 seed and still win 50ish games? That would be absolutely insane, but that’s the West. It’s going to be hard for them to break their playoff struggles if you have to face SA or HOU in the first round, and even if you get through that, things certainly don’t get easier.

Think about it. Of GS/SA/HOU/LAC/MIN/OKC, four of those teams won’t make the WCF. There is going to be a really really good team that loses early in the playoffs, and of that group almost by default you have to think it would be MIN/LAC if they actually make it. That’s tough to swallow because the Clippers did everything you could ask to improve their team, and there’s a good chance it doesn’t even matter. Brutal.

As someone with not even the slightest rooting interest in this team, I’m just looking forward to the beautiful ball movement and high flying plays. Now let’s just pray everyone stays healthy.