Started this blog several days ago but then we had to man our pirate ship battle stations and I forgot. Ship defended, now we’re back.

Couple issues with becoming a flag-must-be-flown-when-I-enter guy. One, you can never go back. It’s like flying first class — it’s fantastic in the moment, but absolutely ruins flying for you forever. Flying already sucks enough but really sucks when you’ve gotten a taste of flying with comfort and space and warm towels and open bars and shit then get that taste ripped away from you. Can’t go from first class back to coach. Can’t go from having your flag flown to not having it flown. Classic you never wanna know what you’re missing situation. Ignorance is bliss.

But Interior Secretary? Come on dude. That’s like a summer intern demanding a shoe shine when he gets off the elevator. Bro, you’re the shoe shiner not the shoe shinee.

As inappropriate as I find Zinke’s misplaced grand narcissism, I must acknowledge that he’s the same dude who rode a damn horse to his first day of work. 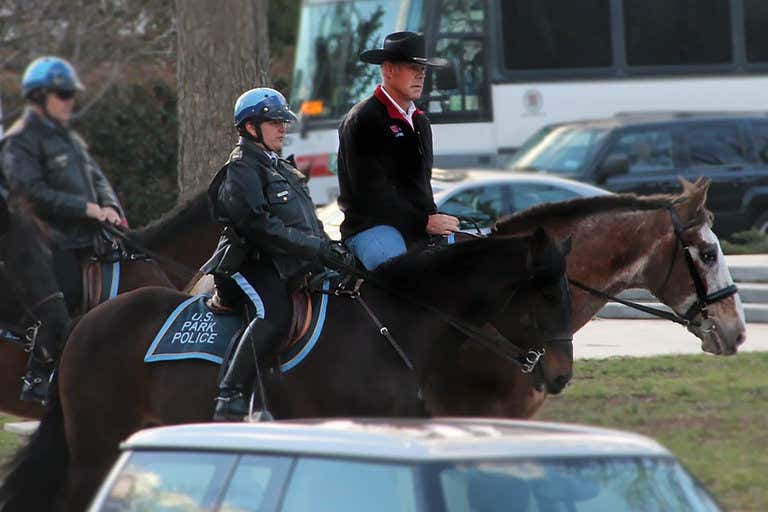 And rocked these socks to a hearing this summer. 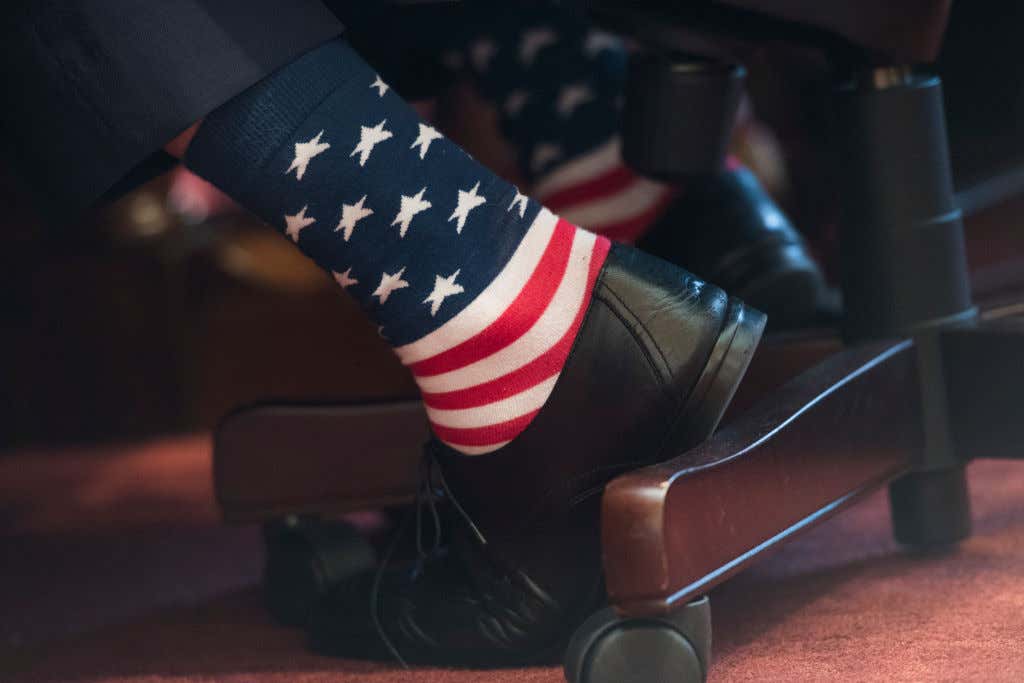 Perhaps a little too big for his Interior Secretary britches, but I guess the guy just loves ritual and America. What’s so wrong about that?