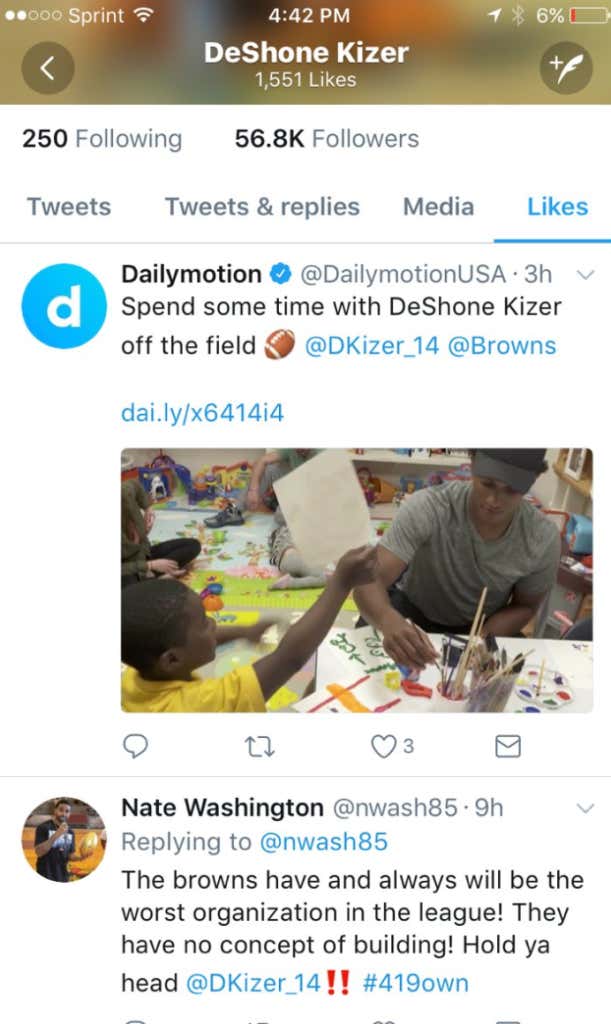 I LOVE THIS MOVE. Kizer needs to do all he can to get the hell out of Cleveland. Like as many Tweets and Instas as you want that are anti-Cleveland. You are trapped from success if you’re in Cleveland. Run as fast as you can Deshone.

There is no organization like the Cleveland Browns. They’re the consistency of misery in sports and have no hope for anything ever. Every year they draft a quarterback that guys ends up being out of the league shortly after. Every year they opt to wait on a quarterback and decide on an offensive lineman they pass on a generational talent. This year they waited a little bit and nabbed Notre Dame’s Deshone Kizer in the second round. They drafted “generational talent” Myles Garrett number one overall. No one hated the pick, but this past Sunday was Garrett’s first game in the pros after being held back with an injury. Garrett picked up two sacks in his first game so for now that isn’t a complete and utter disaster, but let’s quickly look at what quarterbacks went in the first round in 2017.

What about recent years?

The Browns traded down from the 2nd overall spot to get more ammo. They passed on Jared Goff, Carson Wentz, Zeke Elliott, Joey Bosa, Jalen Ramsey. All five of the top picks appear to be big time success which is usually a rarity in drafts. So far in their second years these guys are proven NFL players and will impact the game for years to come. Who did the Browns draft? Baylor recevier Corey Coleman who has broken his hand twice in two years. Coleman might be a good pass catcher, but if you can’t stay on the field who gives a fuck? Also problematic for a receiver to break his hand. You need your hands to catch the football last time I checked. 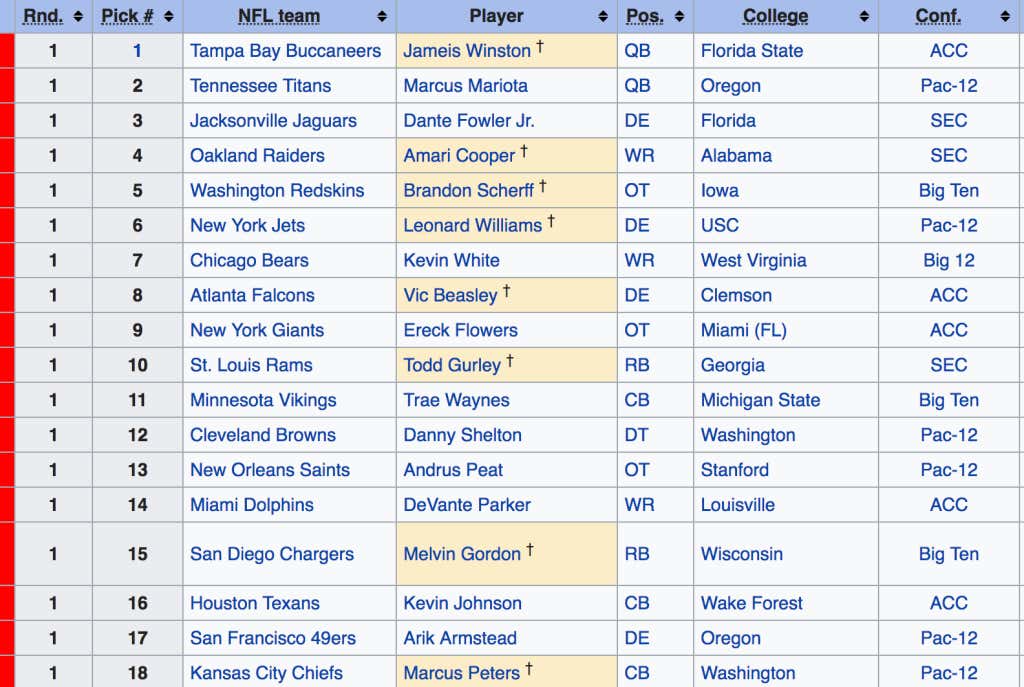 The Browns came off a 7-9 year in the one year the first half of round one was STACKED. Famous Jameis goes number one. The Duck goes second overall. Two quarterbacks that could change the shape of a franchise. Fowler goes 3rd to Jacksonville and gets hurt, but he’s come back to prove he’s a very solid defensive player. Amari Cooper goes 4th. Vic Beasley goes 8th and has been a dominant pass rusher since he suited up for game one. Even DeVante Parker has become a competent second receiver if put on a good team. Melvin Gordon is a star in the making for San Diego. Marcus Peters intercepts any ball thrown his way. This class was stacked and who did the Browns take? DANNY SHELTON. Classic Cleveland.

Their best trick ever came in 2014. This was the Cleveland Browns Fifth Symphony 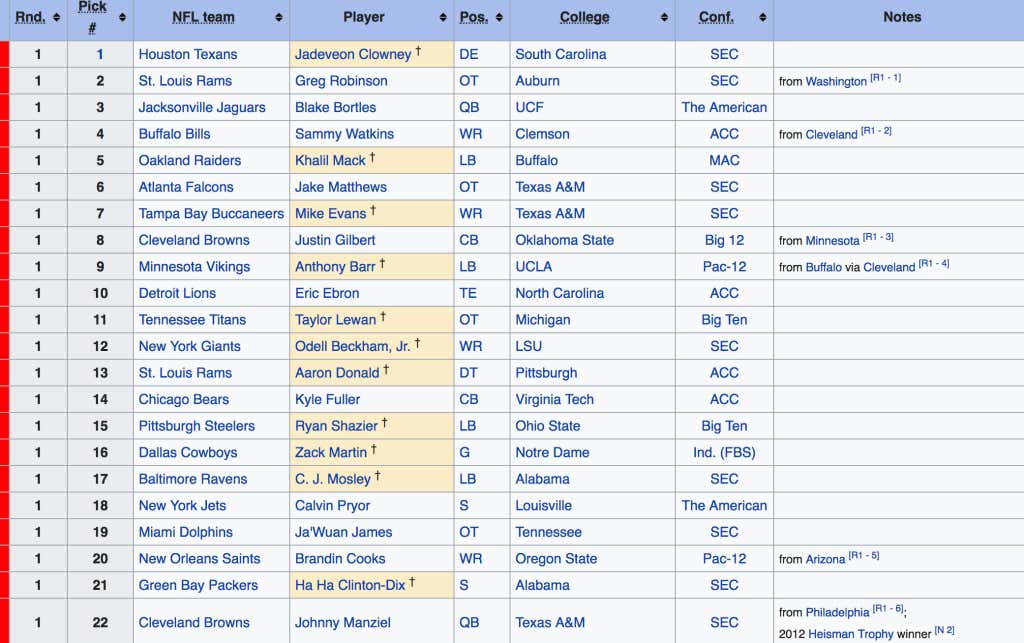 Cleveland traded up to take Justin Gilbert. He’s no longer on the team and isn’t on any team for that matter. Guys they passed on? Clowney, Khalil Mack, Sammy Watkins, Mike Evans, some guy named Odell, Aaron Donald, along with others. They then traded up again to take the infamous Johnny Manziel. Johnny is out of the NFL with a drug and alcohol problem meanwhile Derek Carr, Jimmy Garrapolo, and even AJ McCarron went after him. They manage to fuck up the seemingly unfuckable situations. They’re truly unbelievable.

So now we have Kizer. He’s been benched for former Stanford QB Kevin Hogan who should not be starting NFL games. He’s not a winning quarterback and Kizer has been benched for him because Hue Jackson has no idea what he’s doing. Wanna known Hue’s record as the Browns coach? He’s 1-20. ONE AND TWENTY. That’s a .048 winning percentage. In the NFL you accidentally win more games than that. It’s almost incomprehensible that the Browns have won one game in their last 21. The race to who is going to get fired first is truly at a dead heat. Ben McAdoo and Hue Jackson. Who is getting canned first? Someone Chuck Pagano is not going to be the first. I thought it was a lock, but these two idiots have brought new meaning to incompetent.

Deshone Kizer, I respect the move. I would be furious too. Do all you can to get the fuck out of Cleveland. Get the hell out of there Deshone. It’ll be the best career move you’ve ever made. That city is full of LOSERS.