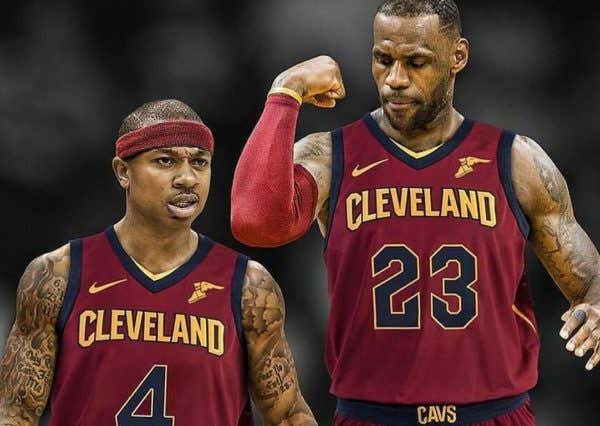 Here I was, minding my own business trying to turn the page when I opened Twitter and was kicked in the dick with this picture 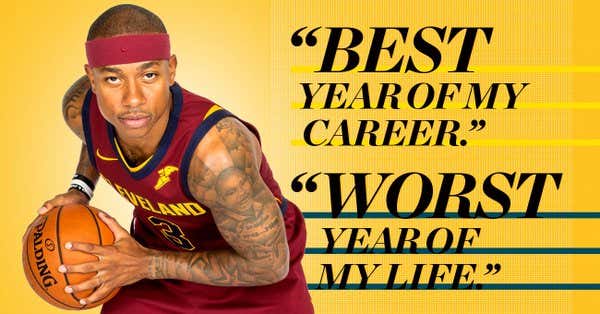 Listen, I’m about as sick of talking about this as you probably are hearing me talk about it. As hard as it is we all have to move on, what’s done is done. Whatever your thoughts are on this trade are irrelevant. Personally, I still think there’s giant risk for both sides, but this isn’t about who won or lost this trade. Now that Isaiah has come out and told his side of the story, it brings up an interesting debate. Should he be this upset? To examine this, I want to look at things from both sides

Why it’s OK for Isaiah to be this angry

Look we can all be internet tough guys and say “he should suck it up it’s a business” which on some level is true, but to anyone who watched Isaiah over the last 3 years, there is no denying he was deeply connected to this city and this franchise. Take away his All NBA level play and he was a player who was proud to be a Celtic, who wanted to win as a Celtic, and helped bring this team from the depths of 20 something wins to a number 1 seed.

From the start, Ainge told Isaiah how great a Celtic he could become, he even used the words Celtics legend. Isaiah bought in, and helped reestablish the same sort of culture here that was missing since the Big 3 left. Boston became a destination because of Isaiah Thomas, that is a fact.

Here’s what I mean. Without Isaiah, there’s no Al Horford. Without Horford, there’s no Gordon Hayward. Hayward even said it in his presser, that Isaiah was a MAJOR reason he came to Boston. Everything the Celtics asked of Isaiah from a basketball perspective, he did. He became a leader, he became a more efficient scorer, he became one of the best clutch players in the NBA, he became a better postseason player etc.

Then of course, factor in the personal stuff. Immediately after what was probably one of the worst days of his life, he suited up and dropped 33/6/6. He didn’t owe the Celtics anything, he didn’t have to do that. But he did. On what we now know was a busted hip, he carried this team to the ECF, putting the team on his back and outplaying John Wall in that series. That’s also a fact. Think of what he sacrificed, both personally and physically because he loved being a Celtic and wanted to compete. That’s the stuff you dream about your best player doing.

Think about this situation in terms of your own life. If you went to work and were the best employee there, and sacrificed a whole lot for them, brought them from bankruptcy to an IPO, and they didn’t show that same sort of love, wouldn’t you be mad? Wouldn’t you basically say fuck you to that company? You would. That’s essentially what this was.

So I get why he’s mad. He did everything they asked both on the court, and off. For years this franchise had been missing an elite talent that WANTED to be a Celtic, and that’s what they had. It’s only normal to feel this way

Why Isaiah shouldn’t be this upset at Ainge

Like they say, it’s a business. Ainge’s job is tricky, as he has to both plan for the now and for the next 5+ years. I have to be consistent in that I trust Ainge when it comes to front office decisions for this team. We can’t praise him blindly and then change course once he makes a deal we don’t like. He saw an opportunity to bring in a player who he feels can develop into the kind of player who can have a season much like we just saw Isaiah have, and he’s younger. The timelines fit.

Now Coley makes some good points. Ainge DID save him from PHX and put him in a situation where he then blossomed into the player we see today. However, he’s a little off base with this whole Bradley thing. When the Celtics laid out their plan for the summer, they had every intention of signing Hayward WHILE keeping Avery. Then the cap came in $3M lower than everyone expected, and the Celtics were kinda fucked. They had to make a move in order to bring in Hayward. So it wasn’t exactly that Isaiah went to recruit Hayward at the expense of Avery, Avery just happened to be a casualty after the fact. What also made that tough was nobody else on the roster made enough money for the trade to work. Jae doesn’t make enough, which means Ainge would have had to add additional pieces to the trade to bring in Morris, and at that point you’re probably doing more harm than good. They needed to swap Avery’s $8M for Morris’ $5M.

It also should be said that when Isaiah turned down Ainge the first time, Rondo, Smart were on the roster, and PHX first pitched Isaiah on their 3 guard lineup. They then didn’t really follow through on that plan, hence why Isaiah was made available for Danny to steal. It makes sense that he turned them down.

People love to talk about the Brinks comments, and I don’t get why. At the end of the day Isaiah felt that he should be paid based on his production, which I agree with. Let’s pretend that the cap was a little higher and they didn’t have to trade Avery. They would have had this whole year to decide which guards to invest in, and if this new team proved to be on the cusp, everyone could have stayed. The issue there is just how high of a tax bill would ownership be OK with paying. Because when you have Isaiah at close to max, Hayward and Horford at max, and then Smart in RFA, that’s a lot to invest. However, I’m not so sure the Celtics would have paid Avery’s market price anyway even if he was here and Isaiah wasn’t. For example, let’s say Avery was our SG this year. Well, are you going to give him that type of money when you need to pay Irving 30+ in two years, and still keep Smart and Rozier? Something had to give, but I don’t think it’s fair to say Isaiah demanded max money at the expense of his Tacoma Twin.

And also remember, Danny could have traded him anywhere. Going to CLE, who I’m sorry is still the best team in the East isn’t exactly the worst possible thing. It gives Isaiah the opportunity to play with the best player on the planet and play on the biggest stage. Something he craves. So in that regard, Isaiah should kind of be thankful.

This is one of those weird situations where honestly both sides came out well. Isaiah still gets to compete for a championship and will start on a good team, and the Celtics brought in a player that will hopefully be with the team long term and blossom into the same type of All NBA talent. Was it shitty and awkward? Of course. But this is truly an instance where Isaiah is right for feeling upset, and Ainge was right for doing his job and positioning this team in a good spot for the future. Now it can still blow up in his face, CLE can win a title, Lebron can decide this group is legit and stay in CLE, and they can add the #1 pick, only time will tell.

Now please, I don’t want to keep talking about this. The whole thing just sucks.