Main takeaway here continues to be that Rex Tillerson’s days are so fucking numbered. Poor Rexy needs these “Tillerson called Trump a moron” headlines to die faster than Commodus needed Marcus Aurelius to die in Gladiator (RIP, deserved better, way better). Worst thing you can do as Trump’s Secretary of State is be relentlessly tied to headlines calling him a moron. Death sentence. You could start WW3 but you absolutely 100% cannot have “Trump,” “moron” and “Rex Tillerson” printed over and over and over again. I wrote that last week before anyone else because I’m a genius but shoutout to Fake News CNN who did indeed nail this headline. 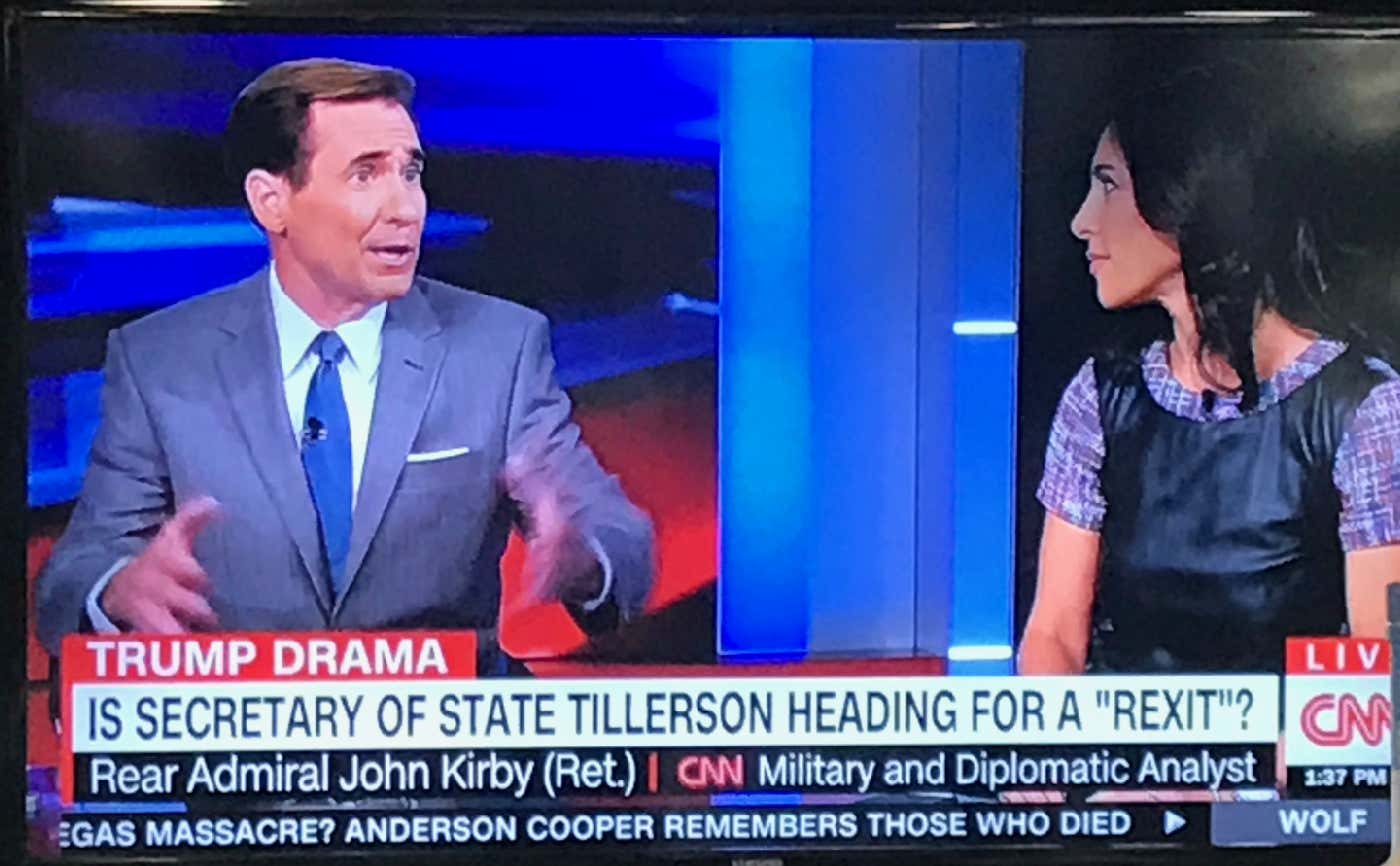 As for this Fake NBC News business, I don’t believe they just “made up” this story. I think they believed they were getting accurate information from trusted sources But I wouldn’t put it past Trump’s White House at this point to be purposefully leaking false info so Trump can jam fake news claims down their throats. Framing them. Coming off he and Pence’s diabolical little NFL stunt this weekend I think they’re rolling out more of a wildcat playbook these days. Mixing it up. Misdirection. About 10 months on the job now they’re starting to get comfortable with the ball.