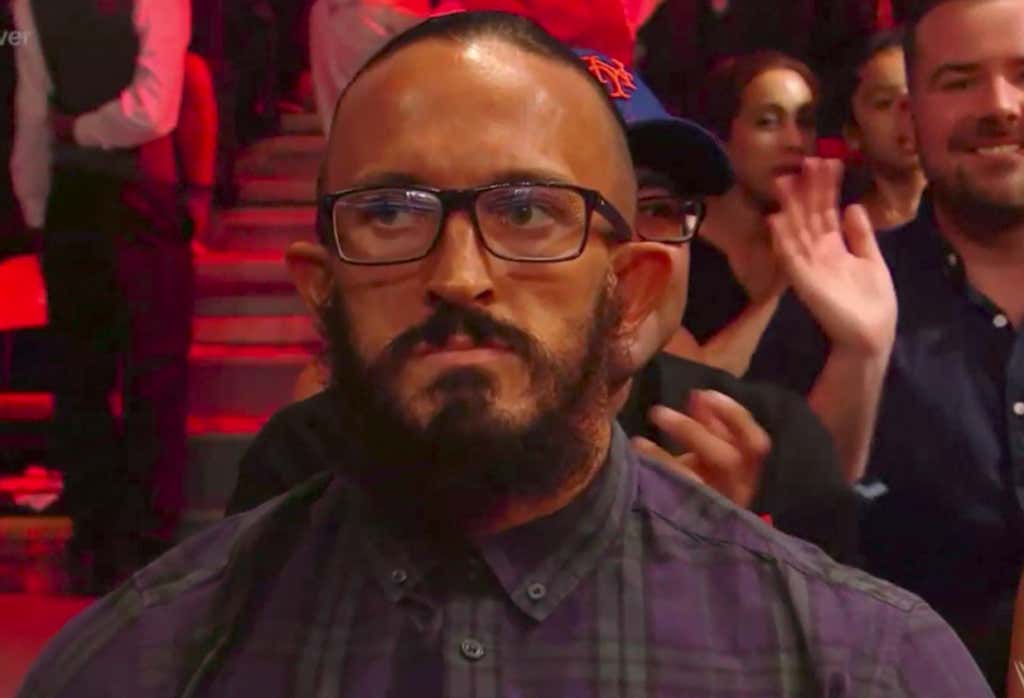 ProWrestlingSheet- There’s a rumor going around stating Neville requested his release from WWE last night…and while we haven’t been able to confirm it quite yet, here’s what we know.

Sources say Neville was initially scheduled to lose to Enzo Amore in the main event lumberjack match on Raw. However, plans changed after the ex-cruiserweight champion walked out before the show.

Well shit. If you’re a regular reader of my wrestling blogs or listener of From The Top Rope, you’ll know that Neville is one of my favorite wrestlers in the world. His work with the Cruiserweight Championship this year, while nobody gave a shit, was masterful. By the end of every pay-per-view match he had, when the crowd was re-entering the arena from their piss break, they were also getting animated and realizing they might’ve made a mistake not being into the match from the start. Plus, he was a dominant, non-cheating heel champion. Nobody could beat the guy, no matter how close they came! It was wonderful. Now, he lost the Cruiserweight Championship to Enzo, beat the shit out of him the next night, and…seemingly quit WWE for real. If he did, that was one hell of a send off. If not, and maybe he’s just going through some shit right now, it’ll still unintentionally add a great layer to his character.

Personally, I don’t know how much of this story is true. It’s been reported by Dave Meltzer of the Wrestling Observer Newsletter that he DID in fact walk out on the company before RAW on Monday, but WWE is denying it, which leads me to believe they’re trying to save this relationship somehow. Neville was originally going to face Enzo Amore in a non-title Lumberjack Match, and that was of course changed to Enzo vs Kalisto FOR the title, where Kalisto won.

If he walked out and quit, I can’t say I blame him, and I can’t say I’ll be disappointed. I know he’s been the “King of the Cruiserweights” and had the title and everything, but he’s still been massively underutilized considering he’s one of the best workers in the world. The only thing that would disappoint me is if Neville left the wrestling industry for good, and I can’t see that realistically being the case for the 31 year old. If he leaves and goes to New Japan, or Ring of Honor, it sets up so many insane dream matches in 2017. Opponents can include Will Ospreay, Ricochet, KUSHIDA, maybe even move him up to the heavyweights and have him against Kenny Omega, Tetsuya Naito, Kazuchika Okada, anyone! I’ll watch Neville vs anyone…and maybe in a year we’ll get to see him go up against “The American Dragon” Bryan Danielson.