Lebron James – 4x NBA MVP. 3x NBA Champion. RapGenius.com employee of the month! In case anyone missed that blatantly forced Fantastic Four line, Lebron is here with the annotations and the picture to hammer home the point. Donald Trump gets his rocks off on racism, and his spray tan makes him look orange. The Thing from the Fantastic Four is orange and made of rock. Do you see where hes going with this? 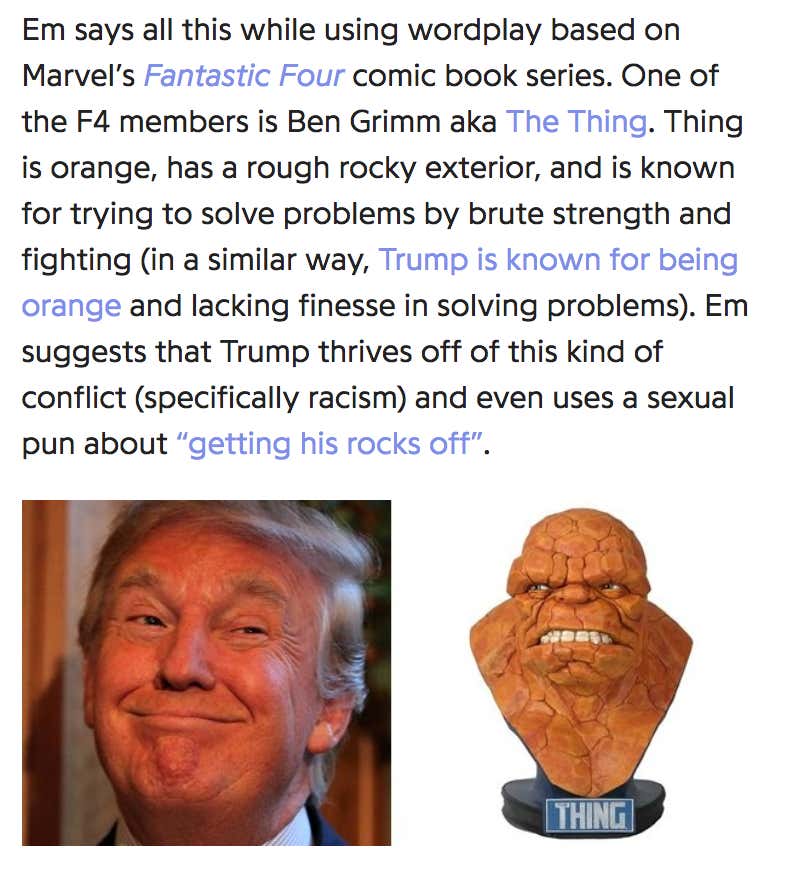 You know Lebron was SO pumped that he got this joke. He’s like Michael Scott – I love inside jokes. Love to be part of one someday. Well Lebron finally was in on the joke and made sure all his followers got the punchline too. I played this exact card when Drake dissed Meek Mill and dropped that line about Murtaugh and Riggs: 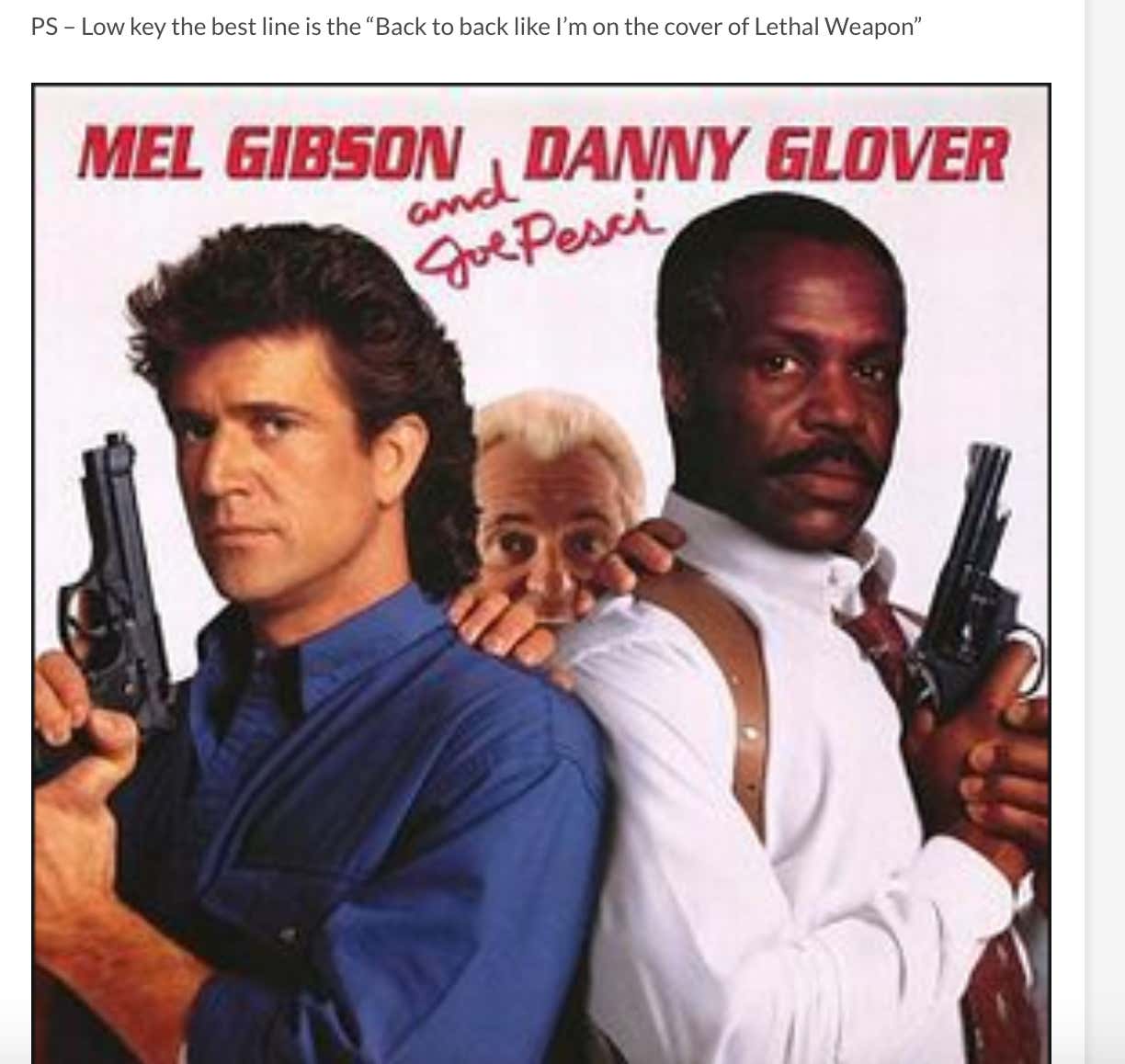 I was so fucking excited to explain that one and make sure people knew that they were standing back to back on the cover of the VHS.  Because nothing better than when you break news or explain the point of an inside joke and get people Ooohing and Aaahing. Youre smart and they’re dumb and you have blessed them with this knowledge. Its amazing. The only thing that stunk was Lebron only tweeted about the one bar. I guess that was the only line he really understood, but I could certainly use more of Lebron the Rap Genius. Need LBJ breaking down every witty one liner, new and old:

Maybe next time he gets Kendrick’s album early, we can expect Professor James to enlighten us simpletons on how rap music works.