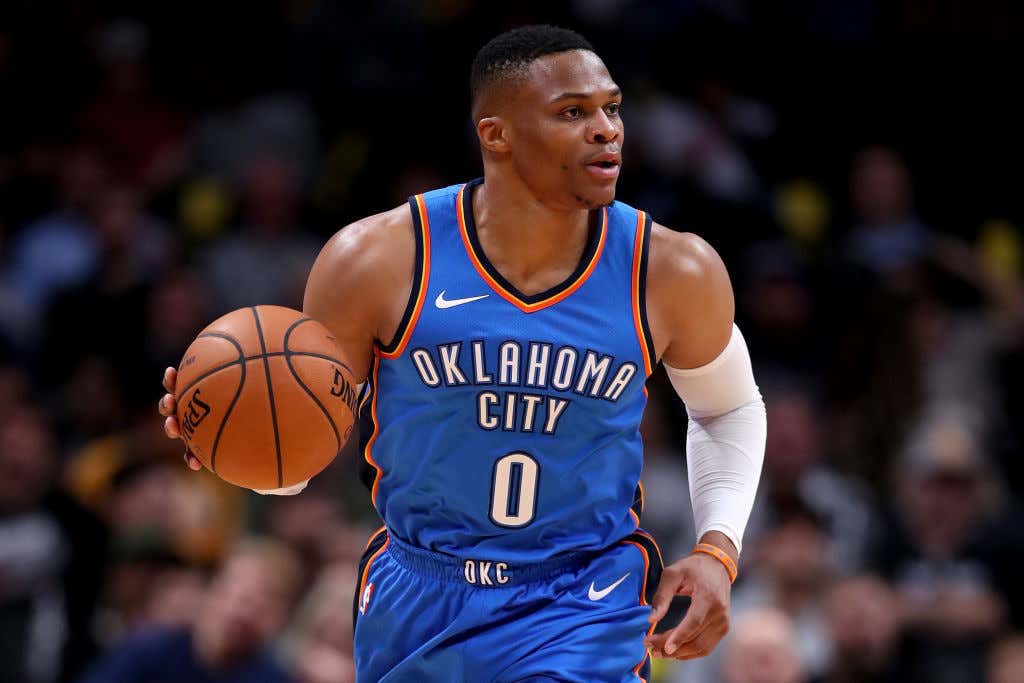 Welcome back to another edition of Last Night In The NBA where we catch you up on everything you may have missed from the night before in the Association. There were a total of 6 games last night, some close, some not so close, so let’s get you all caught up.

Now this looks a lot more like the Raptors we’ve grown accustomed to. Seven total players in double figures, led by Jonas Valanancisudfhsdkfjhsdfnas’s 18/11 and 19 points with 5 made threes from CJ Miles. That’s all well and good for CJ, but we know he can shoot,

I did not know he had this sort of creativity

He may have only had one basket, but OG was nifty

For the Pistons, there was no Avery and for the most part aside from Drummond’s 14/11 the starters kinda stunk, which means once again it was the Ish Smith show!

He finished with 22/8 on 10-14. You know I don’t think people talk enough about Ish Smith being a pretty good backup PG. At least since 2014 he’s been more than solid.

Here’s an interesting fact. Langston Galloway shot 47% from three in 19 games as a King last year. Looks like that’s carrying over to DET

My poor fellow chosens and Josh Smith (16/7). They never stood a chance. Down 36-16 after one quarter, this was pretty much over before it started. Every Pacer starter found themselves in double figures, with Oladipo leading the charge with 18/5/4/5 (such an Oladipo line)

23 turnovers for the Pacers though, that’s not great.

What if I told you the Cavs played their projected starting lineup, and that everyone played real minutes? Including Lebron? And they still lost to the Bulls? You’d say “Greenie it’s preseason who the fuck cares”, and you’d mostly be right, but that doesn’t make this any less surprising. I mean Baby Dirk could not be stopped!

He finished with 18 points on 7-12 shooting including four made threes. But for the second consecutive game, it was the other Holiday brother (Justin) that carried the Bulls. His 28/11 was rather impressive

For the Cavs, yeah great they have Lebron and he’s still really good. Big deal.

I will say this about CLE though, I will always have a soft spot for Jeff Green dunks.

Wade filling in for JR in the starting spot went a solid 1-7, and you could make a case this spot should go to JR, but he went 0-6 sooooo

You think Jonathan Simmons was pumped to play his former team?

I’d say so. Also we FINALLY got a beastly performance from Aaron Gordon who had 27/11.

For the Spurs, Popovich probably will make them regret scoring just 13 points in the fourth quarter, but their main guys weren’t terrible so there’s that!

Also no Kawhi probably impacted this game, but do you think Pop cares about that? Me neither

Don’t tell me or Westbrook preseason doesn’t matter and we shouldn’t take it seriously. In all seriousness, this was pretty weak from the reigning MVP.

And will Barton went nuts with 26 points

If you were sleeping when this game was going on, man I feel sorry for you. This was by far the game of the night and we got some BIG time performances from two Utah cornerstones. First, Rudy Gobert was basically perfect going 10-12 from the field for 29/13/1/2. Essentially, he did a lot of this

and if that wasn’t nice enough for you, how about rookie Donovan Mitchell going for 26/5 on 10-20. He is going to be so fucking good

By rule, this blog will always celebrate beautiful ball movement. So join hands and let’s celebrate together

It really is unfortunate that I will not be able to enjoy anything Kyle Kuzma does as a Laker. How many more times can I say it, this dude is for REAL

It pains me to say, but this was pretty nice as well

Brandon Ingram also had his best game of the preseason, which was 13 points on 5-12 shooting, so that tells you all you need to know about how that’s going.

And that should have you all caught up on what went down last night in the NBA. Preseason is coming to a close, there are 5 more games tonight so make sure to check back Thursday morning for anything you may have missed!