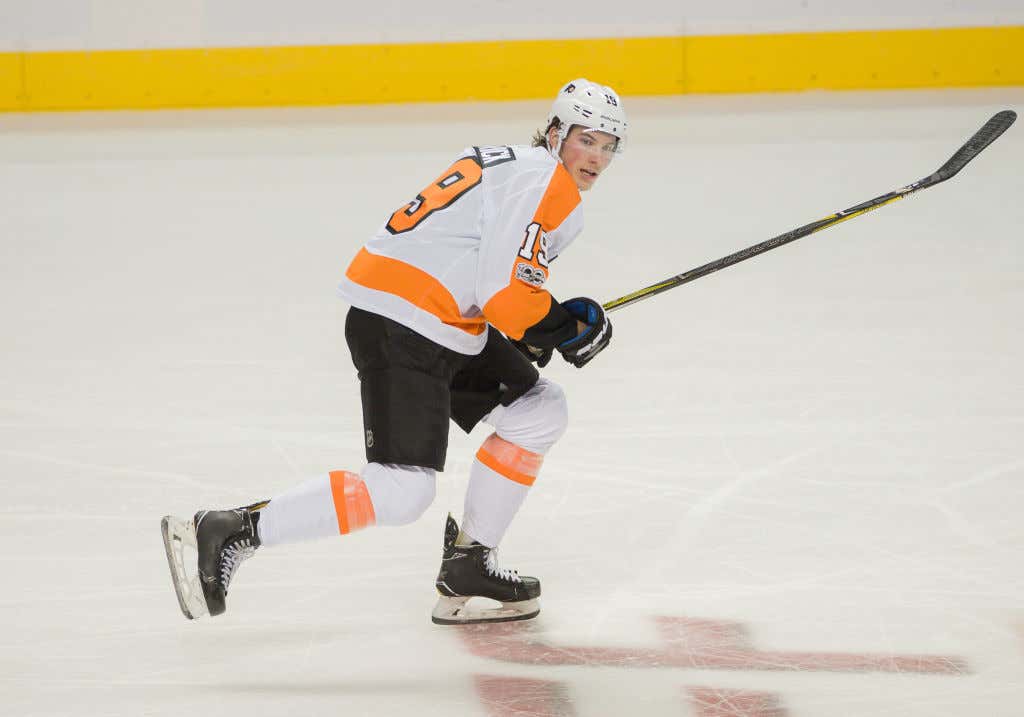 I don’t consider myself to be an overly religious kind of guy. Hell, I’m not religious in the slightest. I only believe in a few things in this life; the 1st amendment, boobs, and the Hockey Gods. Luckily for me, the Hockey Gods were there to answer my pre-game prayer from earlier tonight.

Because 4 games into his NHL career, it is my great pleasure to announce that the Nolan Patrick Era has officially begun tonight in Nashville.

Atta fuckin’ boy, Nol Pats. Getting himself to the greasy areas on the ice. Knows where the scorers hang out, gets in position, fires the puck without hesitation, and finally gets that monkey off his back. 4 games on the road to start off his NHL career. Tough order for any rookie but Nolan Patrick can head home to Philly for the first time in his career with a goal and an assist already under his belt. Huge for the confidence moving forward.

I’ll have more on the game later tomorrow. Right now I’m just too excited to write more words. While I was writing this, the Flyers tied it up 3-3 in the 2nd. On the end of a 4-game road trip to start the year, down 3-0 to Nashville and score 3 straight to tie it up. Don’t ever tell me this team isn’t gritty as fuck.