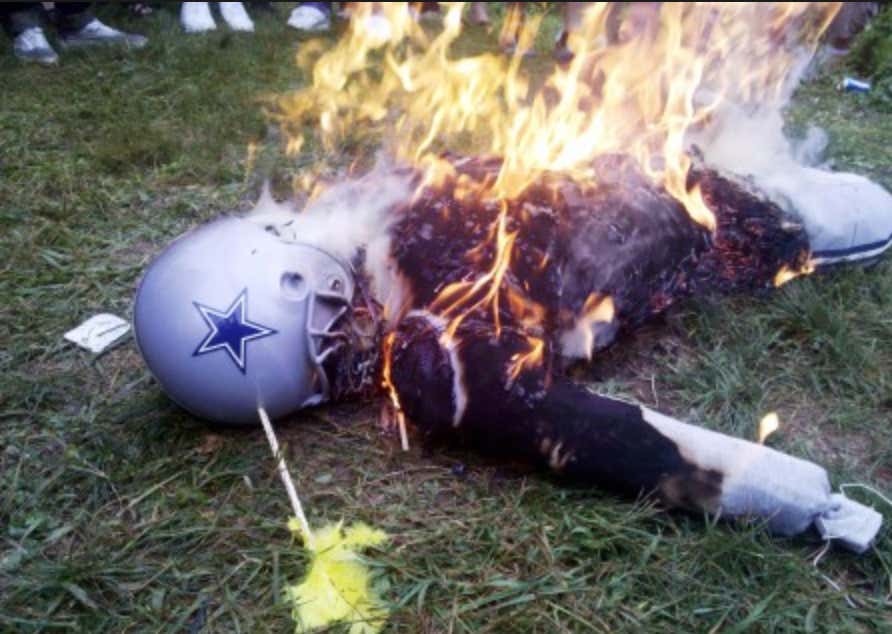 NY Post- A bet on a football game between a Florida man and his wife took a dangerous turn when he decided to wear the jersey of the losing team before setting it ablaze — leaving him with second- and third-degree burns, authorities said.

Timothy Silyers, 27, of Vero Beach, was rushed to Indian River Medical Center because he agreed to be torched after Sunday’s wild finish between the Dallas Cowboys and the Green Bay Packers, according to the Indian River County Sheriff’s Office.

Silyers and his wife, Brianna Hook, told deputies at the hospital that the bet was to burn the losing team’s jersey — but Silyers, who said he was drunk at the time, inexplicably decided to wear the Cowboys jersey as it was set on fire after the team’s 35-31 loss to the Packers.

“He was set on fire after losing a bet on the Cowboys game … skin was hanging off his arm and back,” one witness told the Sebastian Daily.

Some people light themselves on fire to protest social and political injustices in their country. Mohamed Bouazizi performed his self-immolation in Libya in 2010, an act that many point to as the catalyst for the Arab Spring. Similarly, the Vietnamese monk Thích Qu?ng ??c set himself on fire in 1963 to protest the South Vietnamese government’s persecution of Buddhists. JFK called this photo one of the most emotional photographs ever taken: 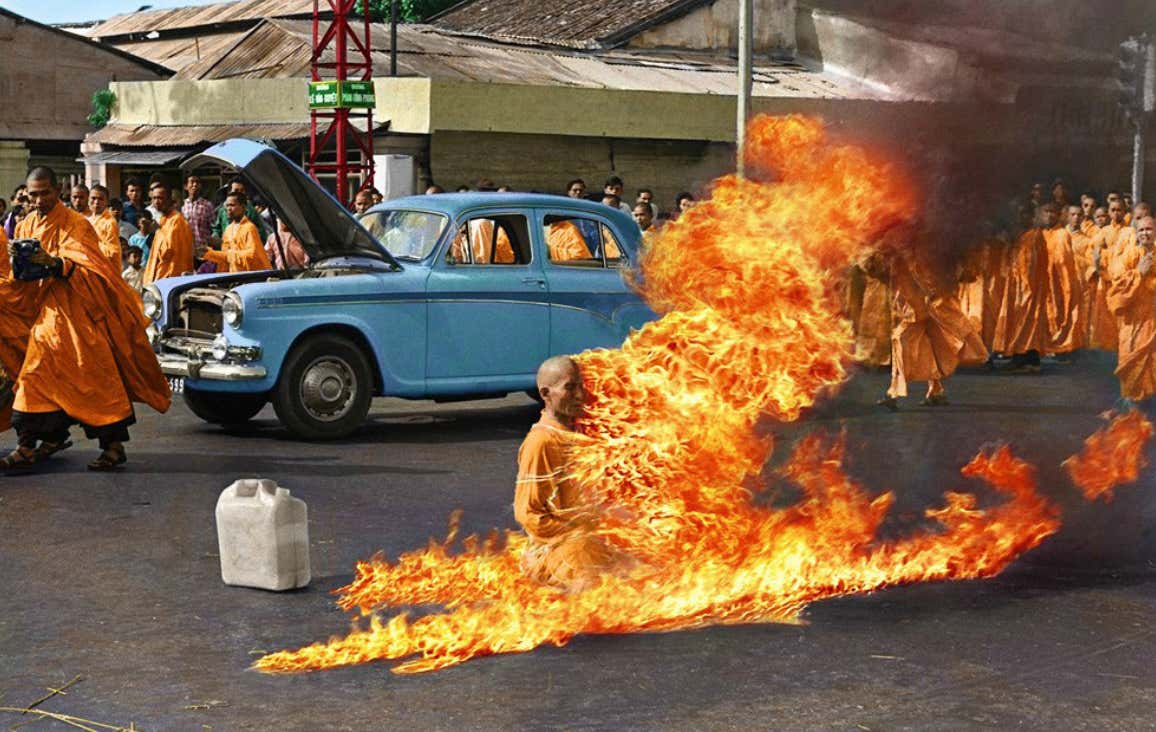 Luckily, in America, we light ourselves on fire for the right reasons. Tim Silyers made a bet with his wife on the Packers-Cowboys game. One assumes that Tim is a Cowboys fan while his wife, a cheesehead, took the Packers. The loser had to burn a jersey of their team. It was quite a game, and Aaron Rodgers snatched the victory from the jaws of defeat with just 11 seconds to play. Tim, drunk and distraught, wearing his Cowboys jersey, and ever a man of his word, lit his jersey on fire as the final whistle was blown.

However, Tim made a serious error. He forgot to remove the jersey before igniting it. It’s a common mistake. Sometimes I forgot to remove my pants completely before I go to the bathroom. I know that I should because it’s much more comfortable and your legs aren’t restricted by pant-cuffs locking your ankles together. Pantsless dumps allow for a wider exit, which typically means less wiping. Less wiping means less toilet paper. And given how much I love trees, the conservation of toilet paper is always a priority.

The point is, whether you’re planning to light yourself on fire or go to the bathroom, make sure you take the necessary steps to avoid hurting yourself. Otherwise, you’ll end up in the hospital with 3rd degree burns. Or worse, you’ll spend an hour wiping away, chaffing your butthole raw.