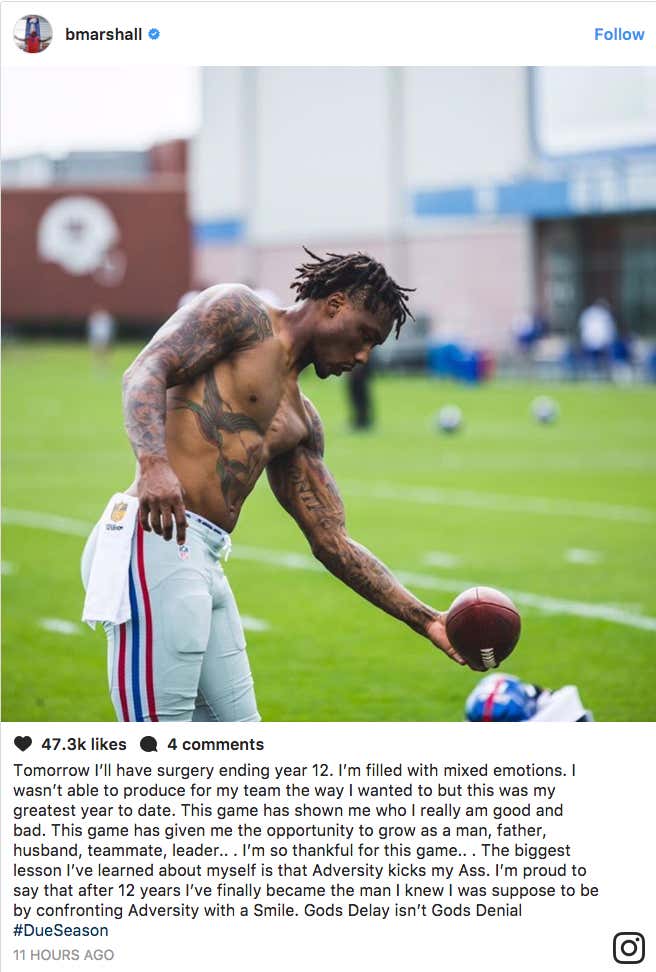 First off, let me just say I don’t know what the hell Brandon is talking about this being his best year to date. I know he has never made the playoffs. But going 0-5 and then suffering a season ending injury seems like it’s #ActuallyBad to a casual football fan like myself. Maybe I’ll have Ad Ops Steve check out the All-22 tape and tell me why this was truly BMarsh’s best year. Or maybe (definitely) Brandon was talking about his personal life. Nonetheless, the biggest bummer of all this is that Year 1 Brandon Marshall is usually the good Brandon Marshall while Year 2 Brandon Marshall is where he slowly morphs into a black cloud. Can’t wait to see what he has up his sleeve for next season!

Anyway, this injury obviously sucks for a team in contention. But for a team that is dead in the water, it’s not the worst thing in the world. There really isn’t tanking in the NFL like there is in the NBA. Benny’s going to be coaching for his job, Reese’s ass must be smoking from the hot seat despite hitting paydirt in free agency last season, and the NFLPA makes sure these players have to earn every dollar they make in a sport with 1,000 car crashes per game. But between the schedule, the injury bug spreading like a stripper’s legs for a Dolphins coach, and the offense’s putrid performance even when it was healthy, this could be an especially awful season for the Giants. And while the next 3 months are likely not going to be fun for GMen fans, the product of it all may be the number 1 pick.

P.S. Please say a prayer for Sterling Shepard who is clearly having a rough go of it. 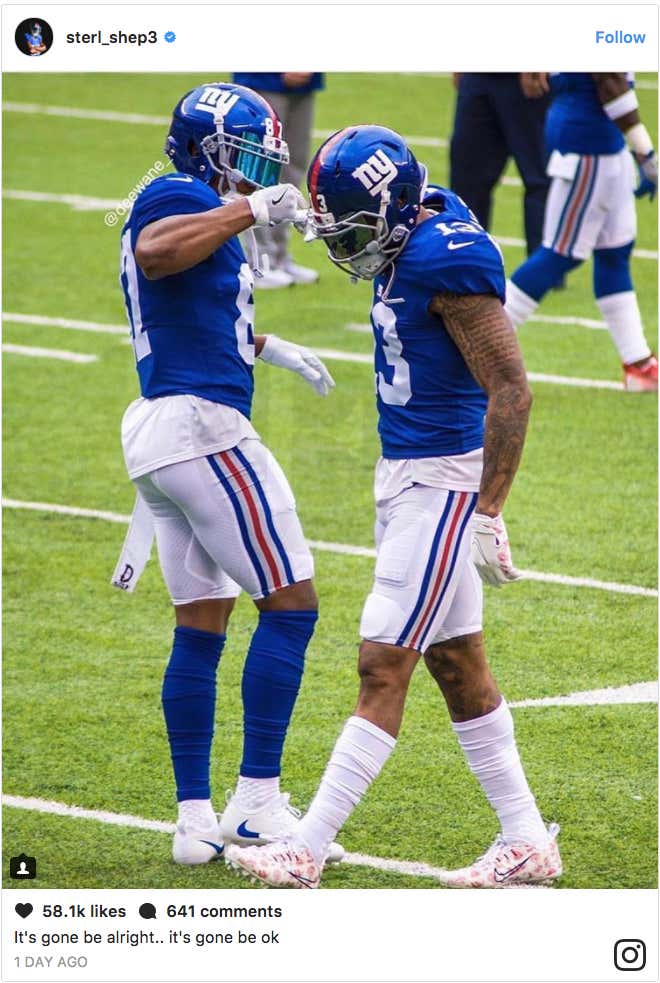 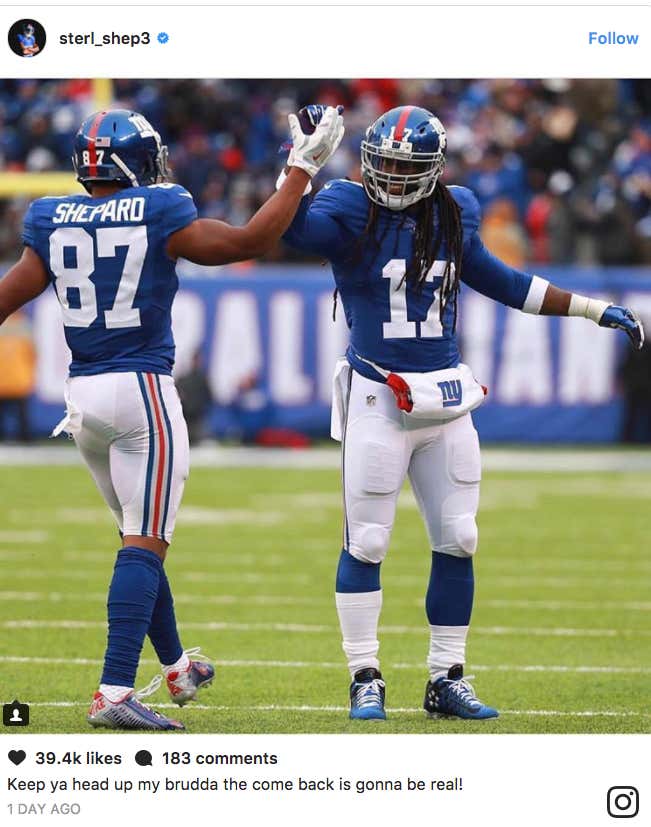 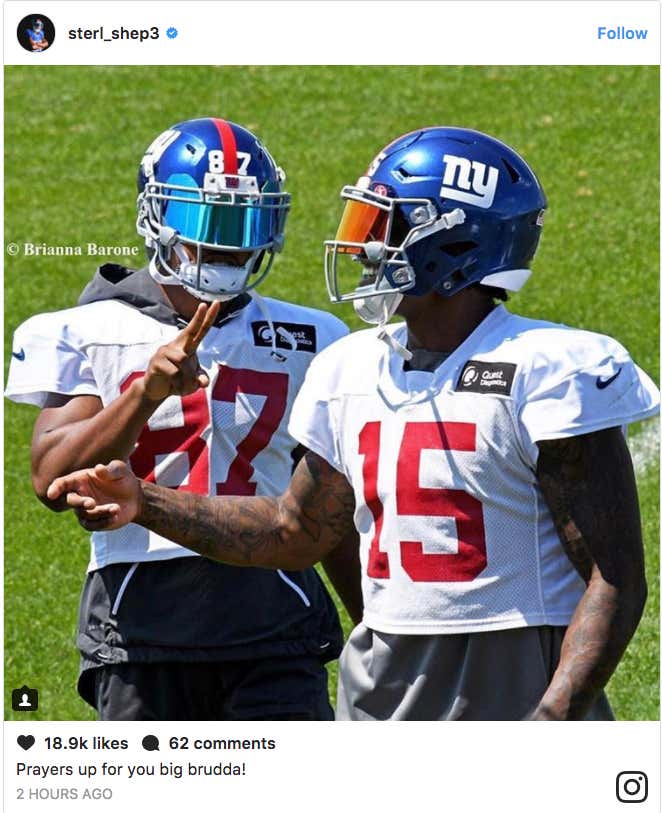