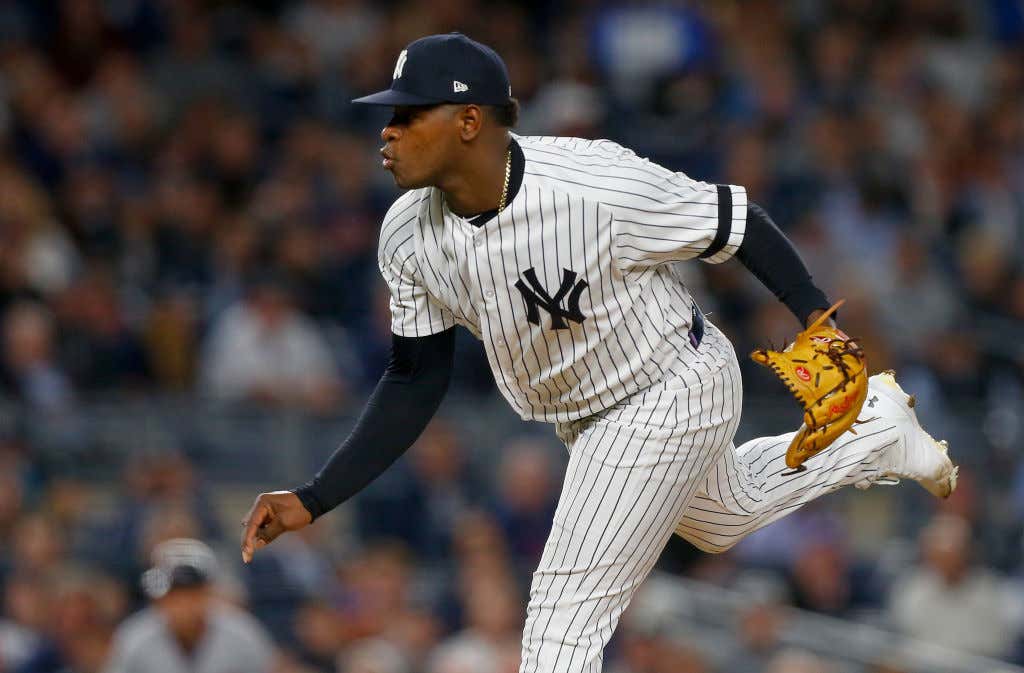 Here we go Sevy. Time to bounce back and pitch the game of your life after whatever happened in the Wild Card game. Forget that game. Trevor Bauer goes for the Tribe on three days rest, something he’s not used to be doing, so I’m counting on the Yankees lineup to wake up and pounce on him early. I’m confident Severino will come out breathing fucking fire tonight. He has to. He’s the undisputed ace of this staff and this is the game we need him to show up. This is what gets bestowed upon you when you get anointed the ace of the New York Yankees. Go out there and throw goose eggs at the goddamn scoreboard.

Bird moved up as Castro moves down a slot, love all of that. Didi moved up to the 3 hole as Gary slides back to the cleanup, no complaints on this end. I would like to see Judge moved down to 6 and Hicks up to 2, but I can live with it. Expect Sonny Gray up early if Severino runs into early trouble. The whole bullpen is rested and ready to go short of Chapman and it still wouldn’t shock me if he can give us an inning tonight.

Let’s hope the weather holds up and we can get this bad boy rolling at 7:08 because I can’t sit still much longer. We need to jump out early and get the crowd ROCKIN’. The electric atmosphere last night after the Bird homer was insane. I haven’t heard a crowd like that in years. Gimme it again tonight and let’s force game five. The Sox are eliminated and I don’t wanna join them.

I DIDN’T HEAR NO FAT LADY