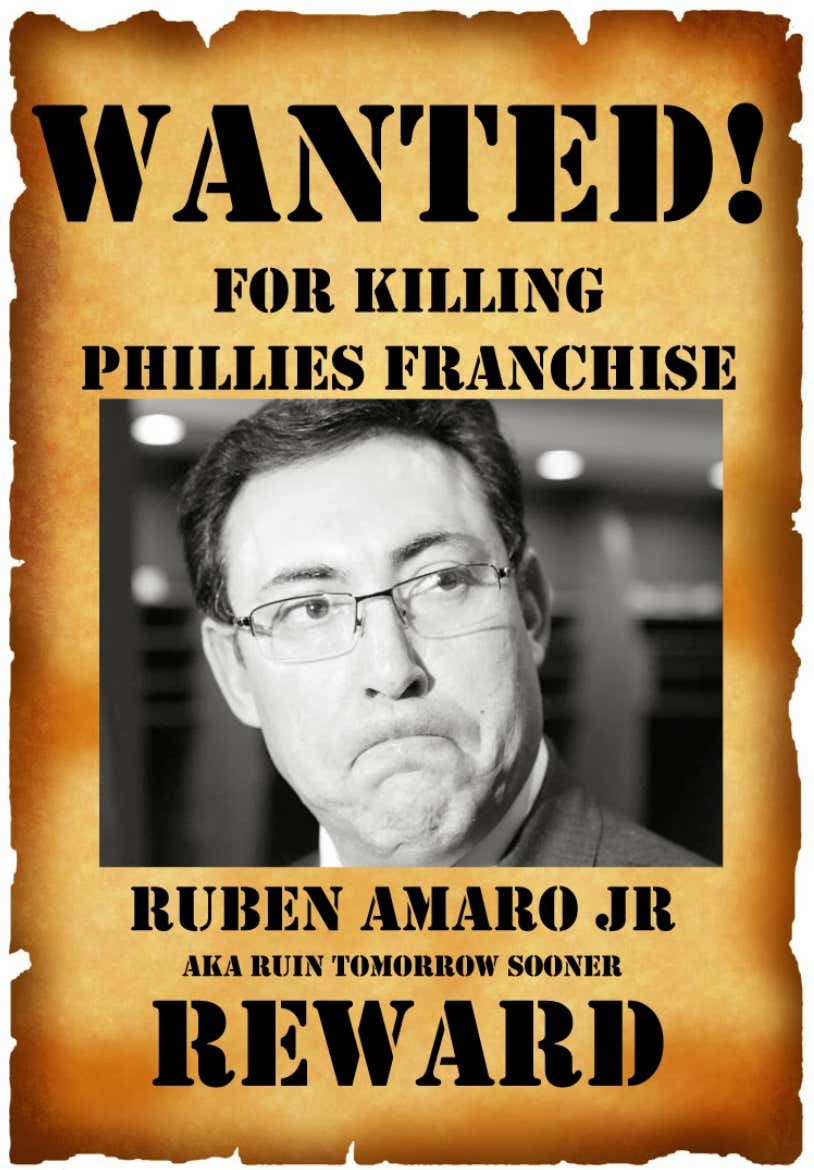 PHILADELPHIA (CBS) — This would be an amazing turn of events. Imagine if the Phillies brought back Ruben Amaro Jr. as the team’s next manager. Well, according to The Boston Globe’s Nick Cafardo, the Phils are considering Amaro Jr. for the job. “Other candidates believed to be in consideration for the Phillies include Dusty Wathan, manager of the franchise’s Triple A Lehigh Valley team; Larry Bowa, Philadelphia’s bench coach and the conscience of the organization; Red Sox first base coach Ruben Amaro Jr., the former Phillies GM who acquired some of the team’s top young players; Eric Wedge, who was MacPhail’s choice for the Orioles job ahead of Showalter; and Charlie Montoyo, who was recently promoted by the Rays to bench coach.”
The Phillies fired Amaro Jr. in his previous role as general manager on Sept. 10, 2015. Amaro, a Philadelphia native, played for the Phillies in the 90s and was the club’s GM from 2009 to 2015.

Do it. Do it, Klentak and Andy MacPhail. I fucking dare you. I get it. Some men just want to watch the world burn, but I’ll tell ya what. You’re going to be held accountable for your actions. And we will get our revenge, in this life or the next. In no, way, shape or form or parallel universe should Ruben Amaro Jr. be considered for ANY managerial position, let alone for the Phillies – An organization he was solely responsible for ruining. Realize this shit:

The Phillies were World Series Champions in 2008. Ruben Amaro Jr. took over as GM in 2009. Here is the trajectory, or more appositely, the devolution of the organization with Rube-In-Chief:

When Ruben was in charge the Phillies became systematically worse every single year until there was literally nowhere to lower to fall. It’s so embarrassing it’s comical. What, the two years Amaro has spent as a shin-guard collector at first base for the Red Sox really got him qualified to take over as a manager in the show? Fuck that. There’s zero reason for him to even be in consideration for any position within Phillies. Manager. Bat-boy (again). Cum dumpster. He’s not worthy of anything to do with this organization. Keep him far away from the uniform. I appreciate a good trolling, but this would be too evil for Lucifer himself to pull off.