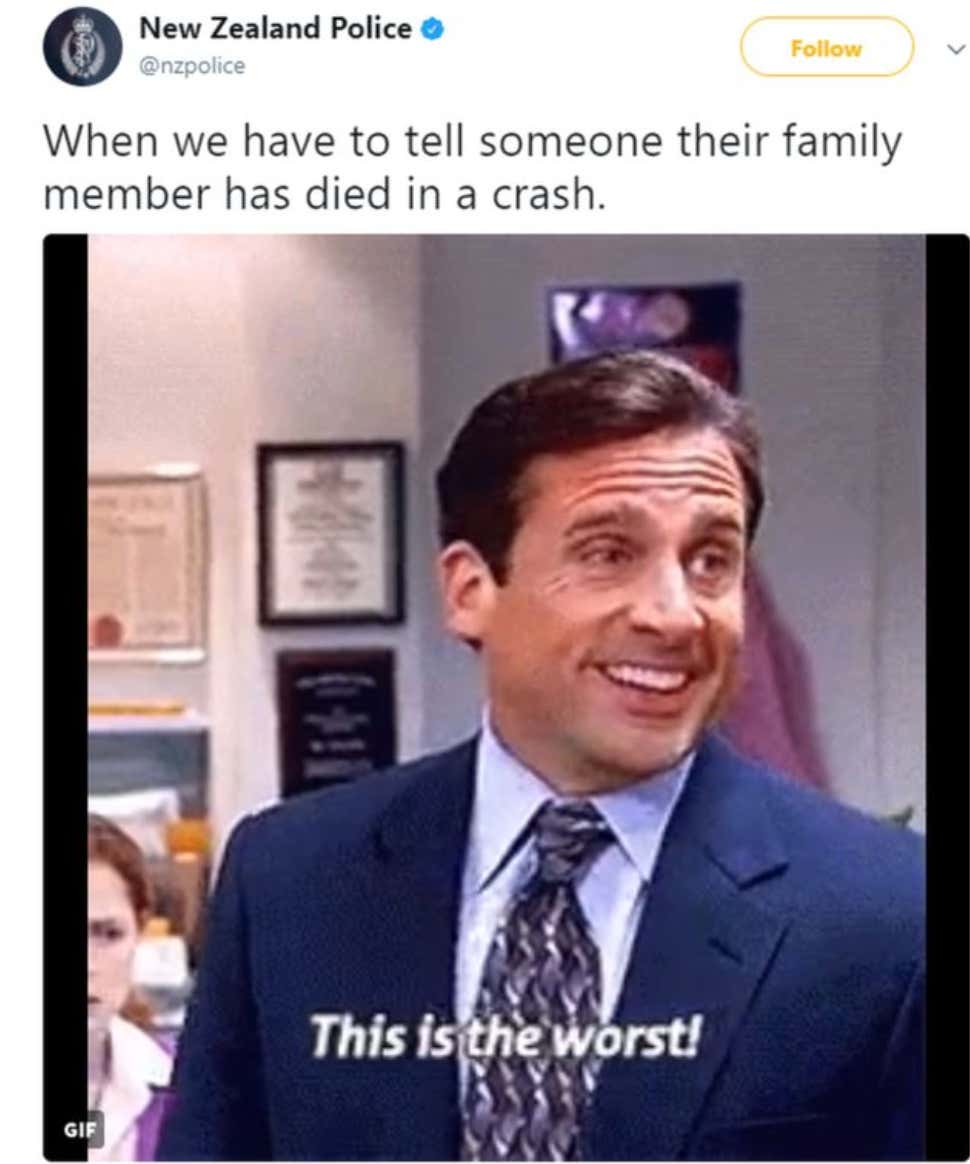 BBC- New Zealand Police has apologised after an “insensitive” tweet about road death victims. Criticism on social media labelled the tweet “tone-deaf” and “staggering”. “When we have to tell someone their family member has died in a crash,” said the tweet from the official New Zealand Police twitter account, alongside a gif featuring American Office star Steve Carell. “This is the worst,” read the subtitle to the gif. One social media user was quick to hand the police an award for “social media fail of the week”, describing the tweet as “tone-deaf”.

Here’s the thing about Michael Scott gifs in 2017. They do NUMBERS. They put asses in the seats in terms of retweets and favorites. People love them. I know that, you know that and the New Zealand Police know that. Using a Michael Scott gif shows that you know how to be relatable with one of the most popular TV shows in the history of time. Everybody loves Michael Scott so people are more than willing to toss you a RT or a fav if you use one. It’s simply giving the people what they want. You can find a Michael Scott gif for just about anything under the sun. Is it weird to use a Michael Scott to express how hard it is to tell someone their family member died in a crash? I’m not so sure. TheNew Zealand Police aren’t wrong when they say it’s the worst having to tell somebody that a loved one is dead. So where’s the beef? Tone-deafness? Maybe. But I laughed when I saw that tweet and so did you. There’s a lot of beauty in making light of death with a Michael Scott gif. Isn’t that kind of the point?