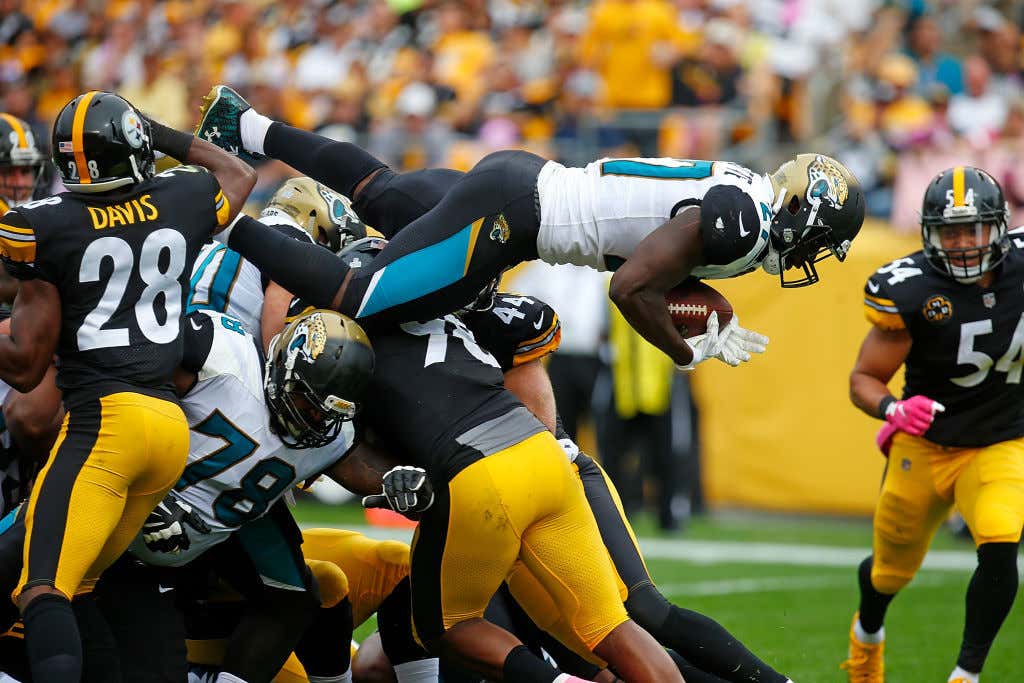 First of all, classic Mike Francesa didn’t like Fournette out of the draft. Couldn’t break a tackle. Couldn’t run on Bama. Just a bum!

He wants you to hit him. He wants the contact. He’s a legitimate psychopath. What do you do as a defender when the guy carrying the football is running full speed directly at you and challenging you to tackle him? I would literally run off the field. That guy is CRAZY, I don’t wanna fuck with him.

You want to run your goal-line defense to stop him? Cool. He’s just gonna fly over you.

Can he run faster than anyone in the NFL?

Yes, this game ending 90 yard run was clocked in at 22.05 mph which was the fastest speed for ball carrier all year.

So what did we learn from the NFL this week? It wasn’t anything about Cam Newton, it wasn’t that Aaron Rodgers still has it, it was that Leonard Fournette is a legitimate problem and the Jaguars hit a home run by drafting this man-child. You know when they say sometimes your college game doesn’t translate to your pro game? Not for Fournette.