I wanted to start off this round up by saying something we rarely get to say: good job, Florida!

All together now: CLONES!

Stat of the week: 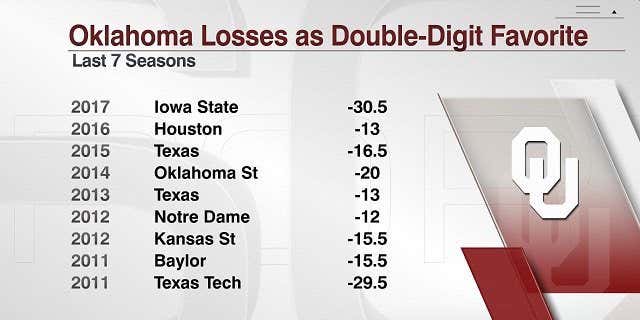 I love The U and the city of Miami so damn much. Never change for anybody, Miami…not even climate change. 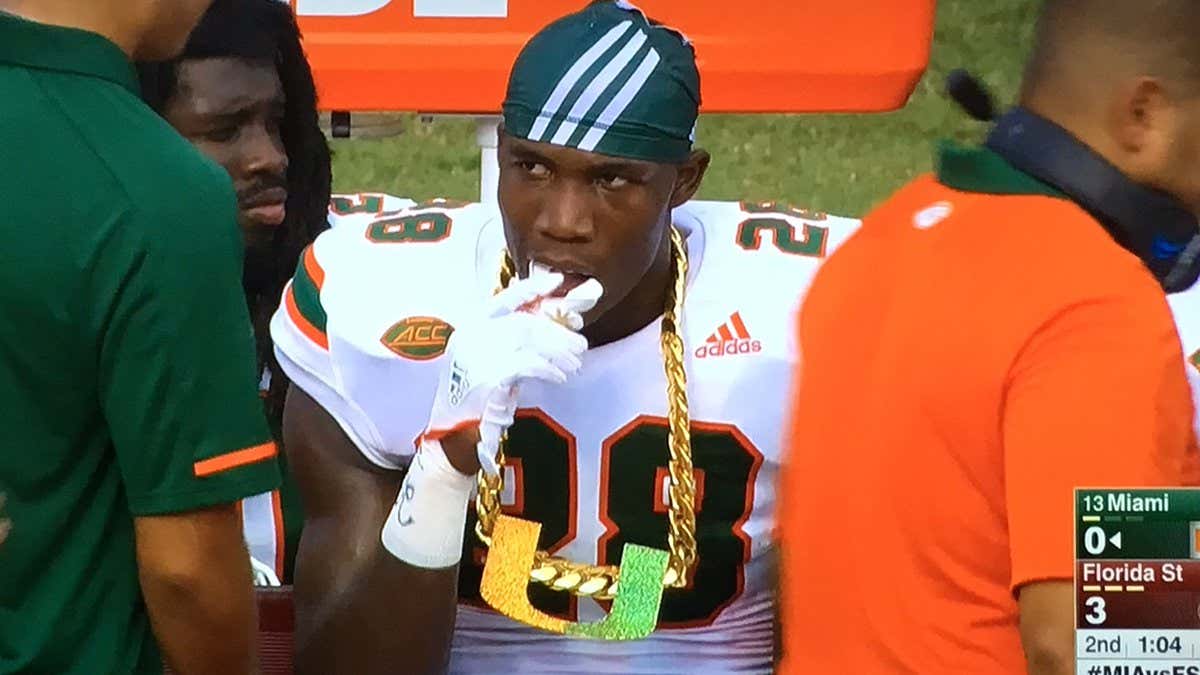 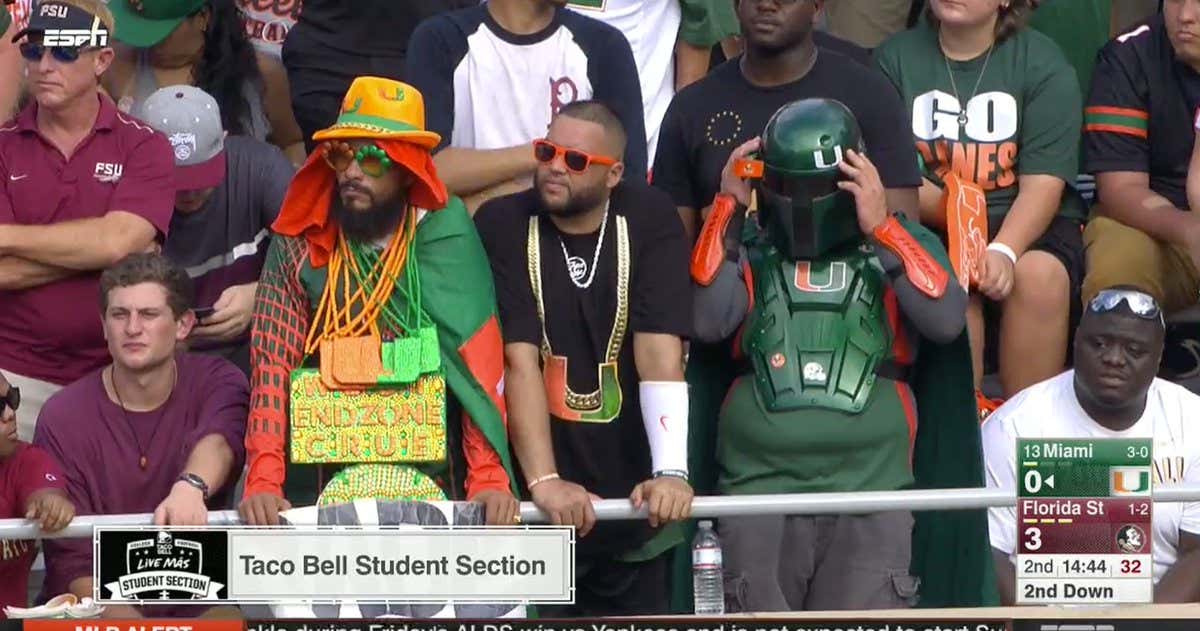 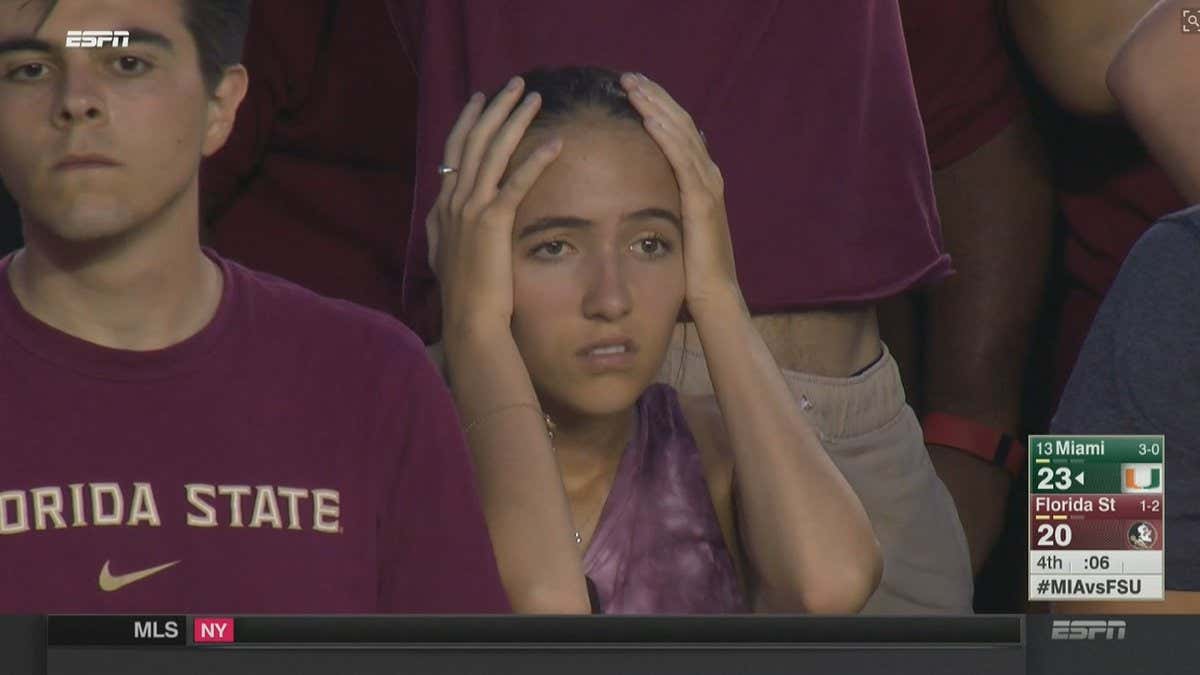 Look on the bright side, FSU, at least you have Cam Akers!

A long, wet, and depressing night in the Big House: 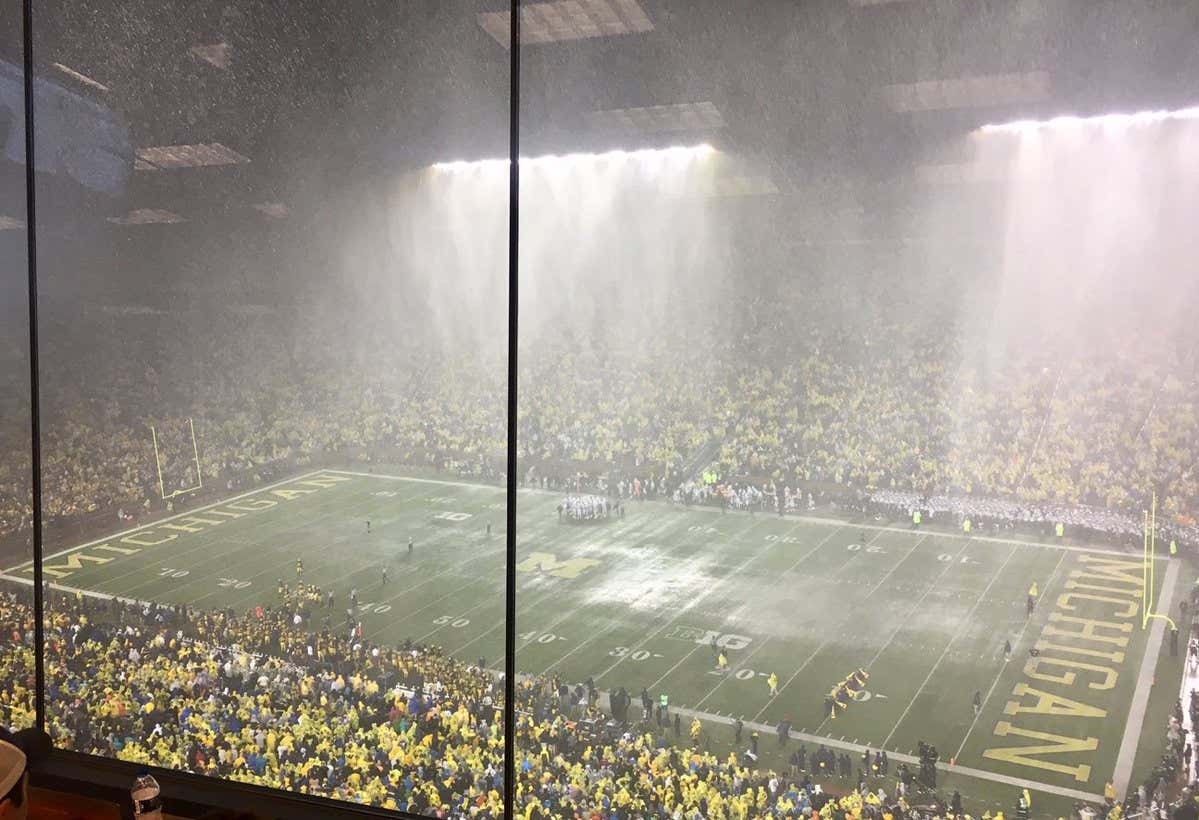 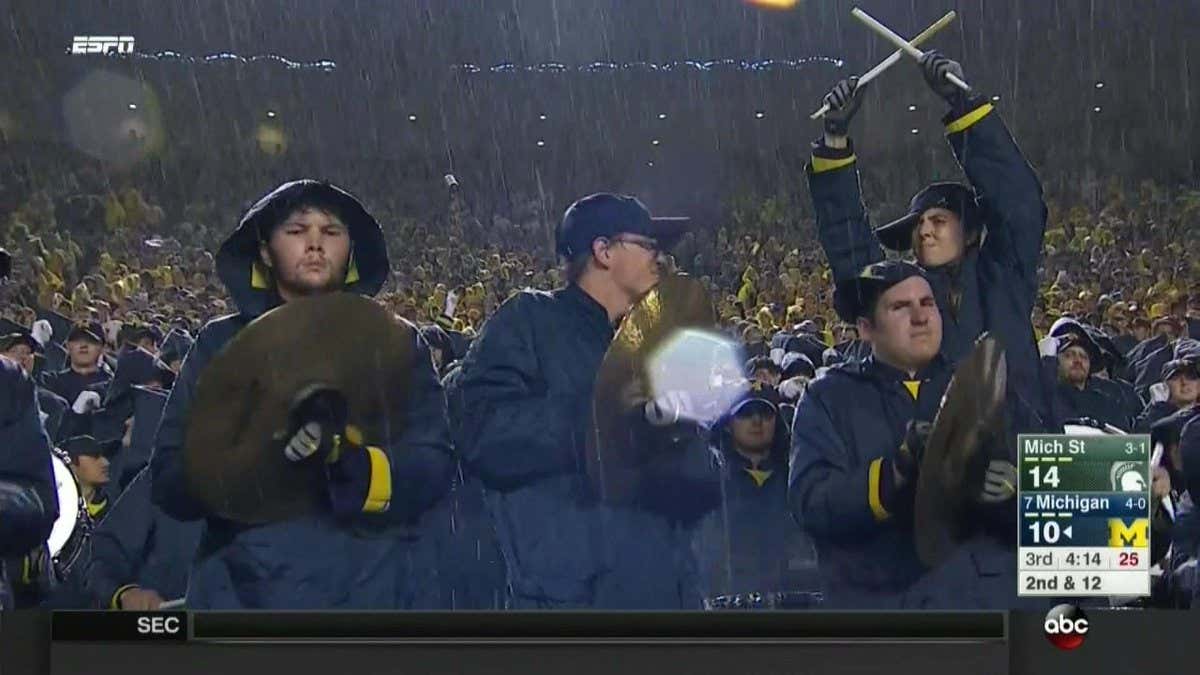 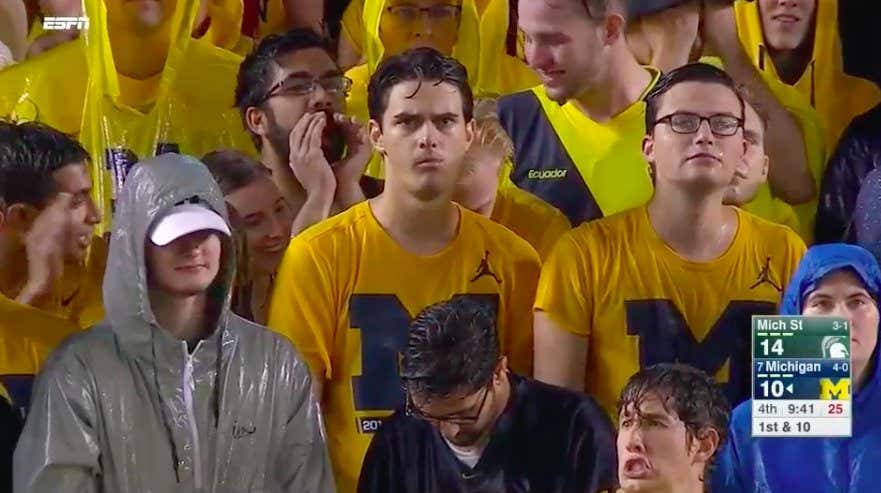 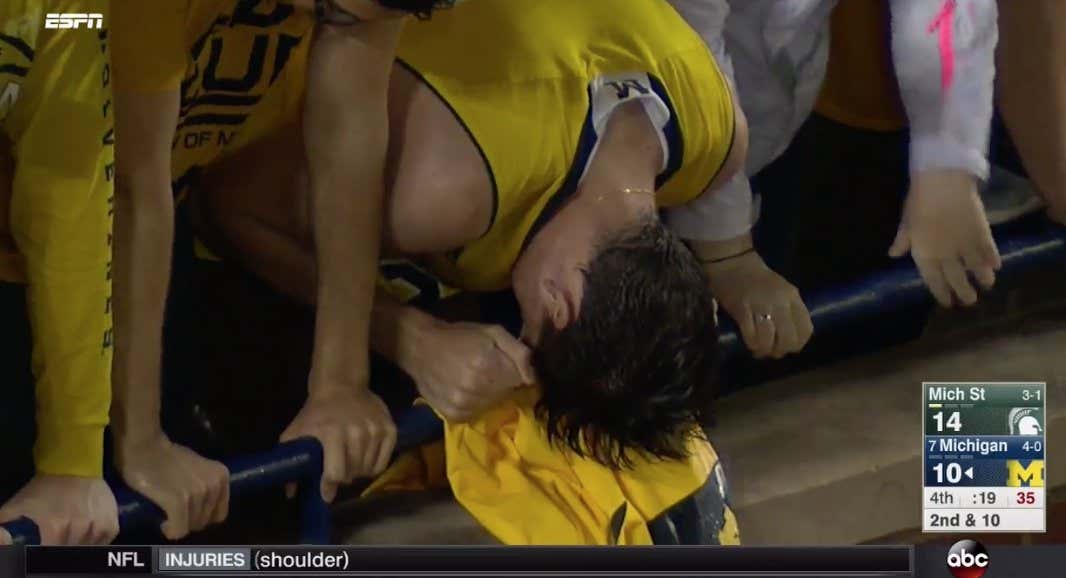 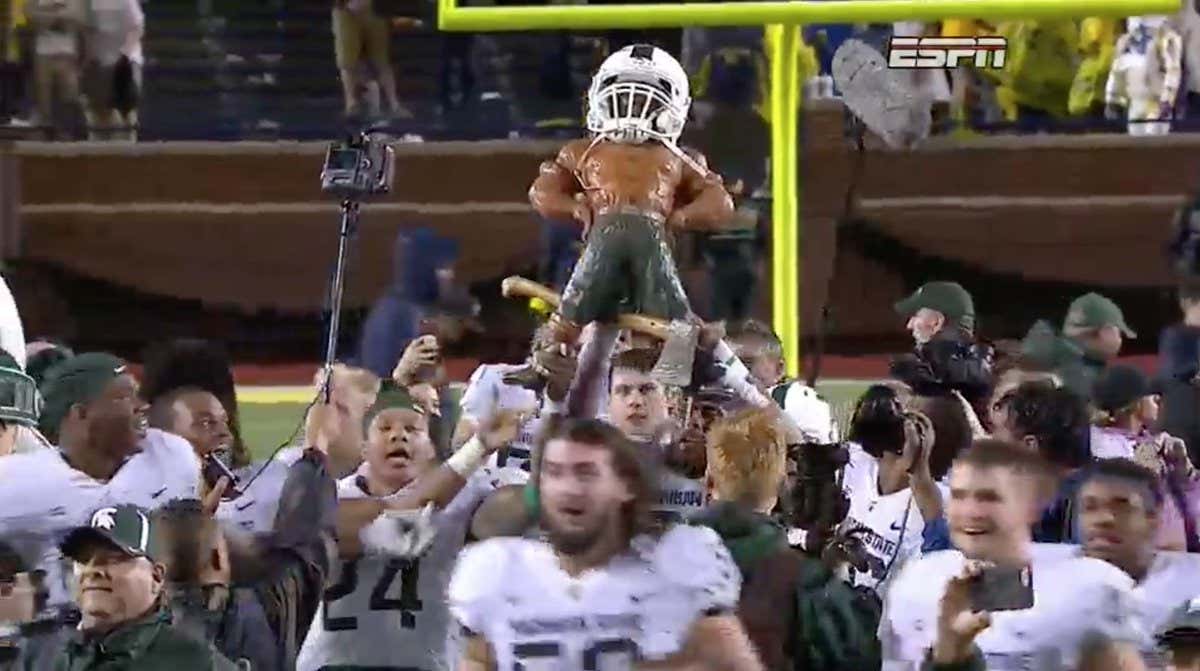 Atlanta Hawks are looking for the reverse Tony Gonzalez/Antonio Gates in Alabama.

Hopefully the Hawks stuck around for the entire game. Some real talent showed during the late parts of the game.

We’re interrupting this round-up brought to you by Barstool Sports to help any of the readers who are struggling to find a job at the moment. We love our readers here at Barstool Sports and have found a job opening any jobless Stoolie should consider applying for:

Are you confused? Good, because I’m confused too:

Give Kenny #TRILL Hill the ball and get out of the damn way, okay?

Another great day for Mike Leach! All thanks to potassium!

Kansas football’s fan walk was sad, but David Beaty didn’t notice because he was too busy touching every cheerleader in sight.

ESPN and Washington’s Chris Petersen started a war in the media and, believe it or not, the whole thing is pretttttyyyy dumb. It started when Petersen mentioned his frustration with late kickoffs in a press conference:

Then Kirk Herbstreit and everybody else at ESPN got #MadOnTV:

Washington had a late kickoff on ESPN, which ESPN used as an opportunity to defend their side even more. They even went at Washington’s “cupcake” schedule by bringing cupcakes on the field and doing a segment with them:

Don’t do that, Texas A&M! You are better than that!

Nick Saban was mad that his team only won by 9 points, so he went on one of his media rants:

Thank god the internet exists, so stuff like this goes viral.

Be happy for Coach O….it’s good for your soul! I promise! 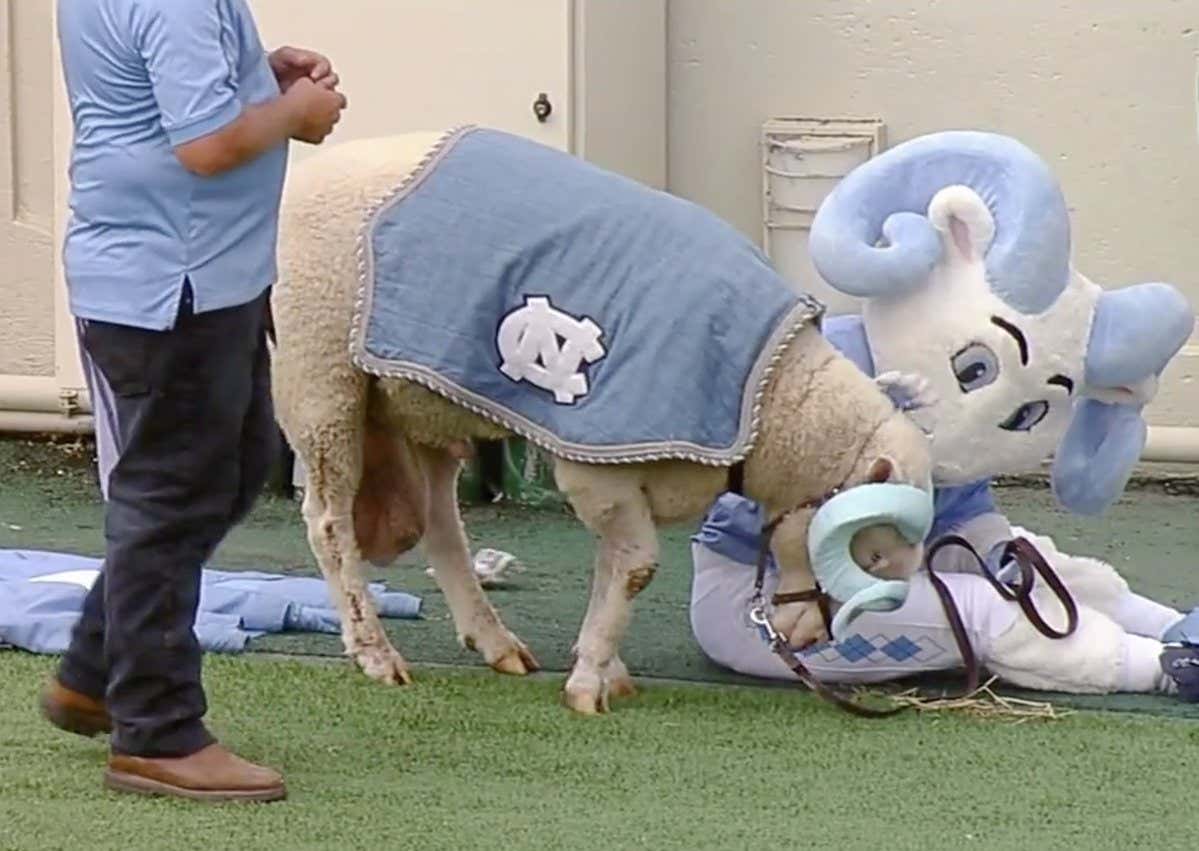 Shanks are not good for the punting brand! Isn’t that right, McAfee?

#FootballGuy of the week:

Northwestern was the latest victim in Penn State’s path to the Big Ten championship game, but you wouldn’t have known it looking at their sideline. 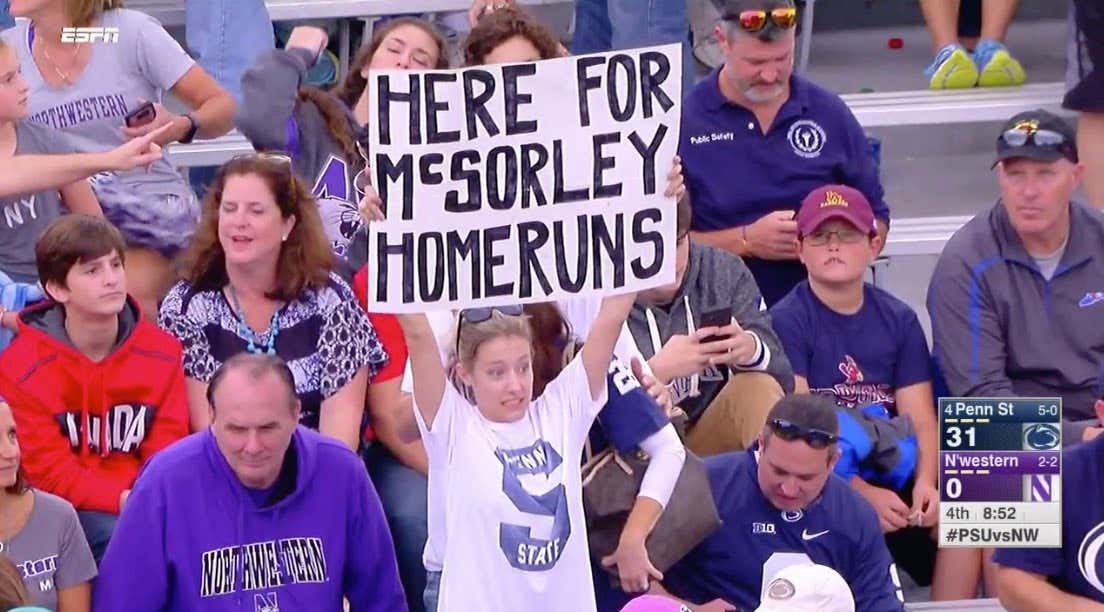 Another Saturday, another day of weak targeting calls:

Chirping from school accounts is what all the kids are doing these days!

Here is your weekly update on Clemson’s status: still good at the football thing!