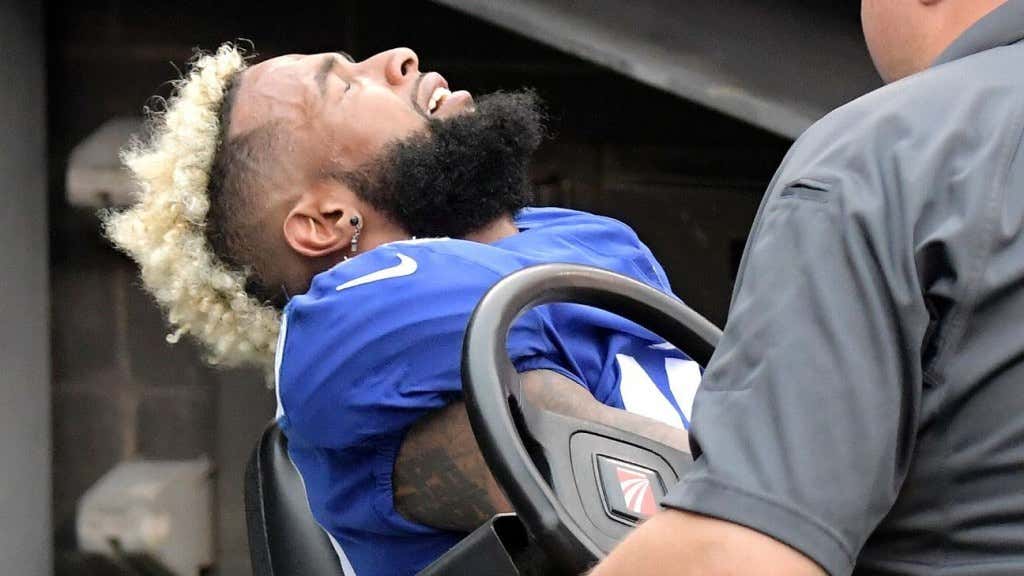 I don’t even know what to say. I guess if you’re gonna lose a home game to another 0-4 squad that spotted you a free 2-point lead you might as well do it with a bang. And that they did. Already playing without Olivier Vernon & with a battered JPP on the defensive side of the ball, the football gods systematically decimated the entire Giants passing attack. First it was Shepard with an ankle, then Marshall almost immediately after with what’s said to be an Achilles. Then Harris broke his foot before Odell got his hardly-healed left ankle rolled up on again while trying to protect a 2-point 4th quarter lead. All look to be significant injuries & there’s a real chance all 4 are lost for the season. Maybe Shepard survives.

So that about wraps up the 2017 season for Big Blue for the 3 or 4 weirdos left who were holding out hope for some kind of wacky 8-8 & a bunch of tiebreakers division crown. Injuries aside, they trailed the Chargers at the half and after the third quarter so it’s not like they were trouncing one of the worst teams in football before the cart got some serious mileage put on it. For the first time, the G-Men were able to run the ball with Gallman & Darkwa. They held Rivers under 50% on 44 passes. Yet somehow they couldn’t put enough separation before Eli coughed up the ball & the season at his own 11 on the very next play after Beckham was carted off. Fitting.