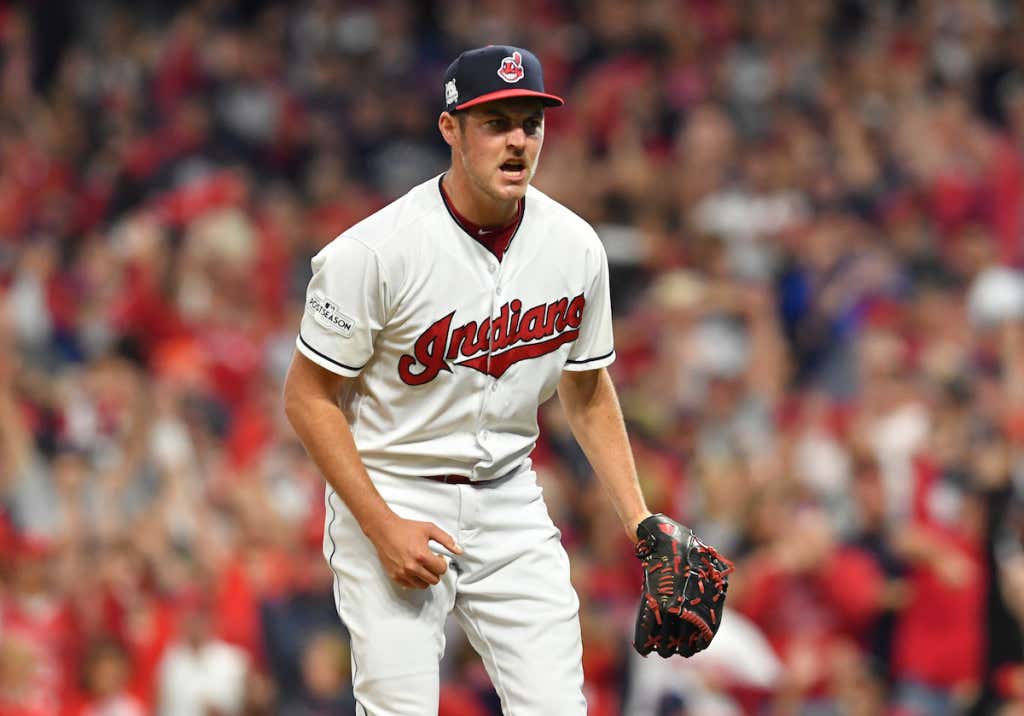 Perhaps you’ve heard, but the Cleveland Indians are really fucking good. All due respect to Clayton Kershaw, but they also have the best pitcher on planet earth right now in Corey Kluber. We’re talking statistically here, of course. In Game 1 of the American League Division Series against the New York Yankees, Tribe manager Terry Francona announced that it would be Trevor Bauer, not Kluber, who would get the ball to start the series.

If you recall, it was also Bauer who took the ball in Game 1 last October against the Boston Red Sox, a series in which the Indians would go on to sweep. However, in that series, Kluber was physically unable to take the ball in Game 1 due to an injury. This year, though, there was some logic behind the decision to align the rotation the way that they have. If Kluber goes in Game 2, then he could also pitch in a do-or-die Game 5, and if the Indians don’t need five games to dismiss the Yankees, then that means that Kluber can go in Game 1 of the American League Championship Series.

It’s a roll of the dice, for sure, but Bauer has earned the confidence that Francona has placed in him. Bauer closed out his 2017 season with 13 appearances, 12 of which were starts, and compiled a 2.42 ERA with 85 strikeouts in 78 innings. Last night in Game 1 of the Division Series, Bauer kept that rolling against the Yankees, carrying a no-hitter into the sixth inning and shutting the Bombers out for six and two thirds with eight strikeouts. The curveball was sharp from the start and his fastball had a lot of life and movement on it. There were really never any moments where you felt like the Yankees were starting to figure him out, and they never did.

Now, the Yankees are faced with the tallest task that’ll come for any team in the postseason — either you beat Corey Kluber, the best pitcher in baseball this season, or play, at minimum, three straight elimination games. Tough spot to be in, but this is quite literally exactly how Francona drew it up.