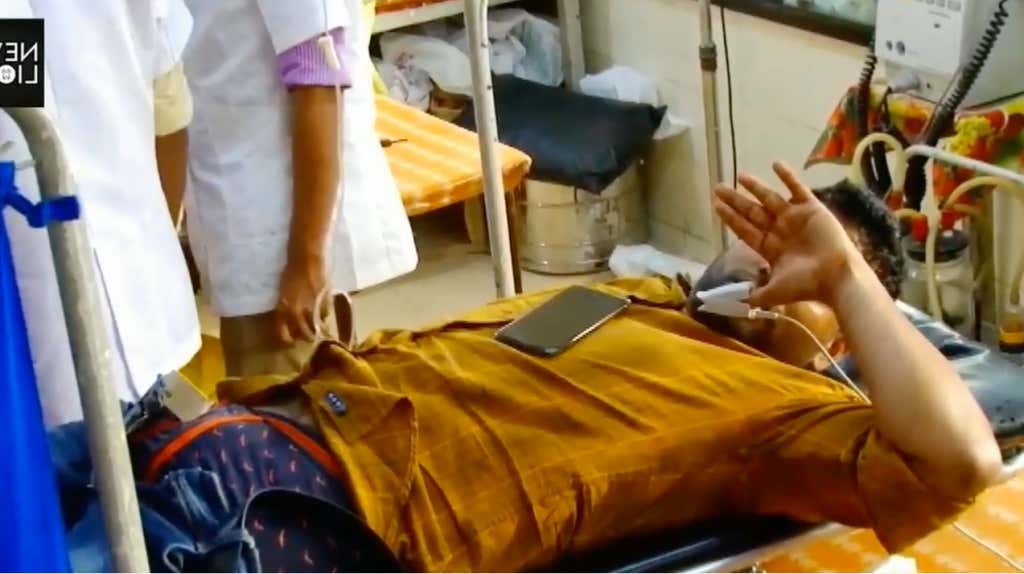 Metro- A man whose wife chopped off his penis after she allegedly found out he was marrying another woman has had it successfully reattached. The injured man, named only as 26-year-old Irshad, met up with his lover, 30, for ‘one last time’ before he was due to tie the knot with a bride of his parents’ choice. But after finding out about the marriage, the furious woman reportedly cut off his genitals with a knife while at a guest house in Kattipuram, India, last month. Guests in neighbouring rooms allegedly heard him scream and called emergency services, who rushed him to MIMS Hospital in Kozhikode, where doctors said his penis was ’90 per cent’ severed. Urology and plastic surgery medics carried out an eight-hour surgery to reattach his penis – and the patient is now apparently recovering at home.

Usually when one of these dick mutilation stories hits the wire, there is a common thread. That love muscle was cut off in a crime of passion. Maybe the man was cheating or was just a huge bag of shit and his girlfriend/wife thought that his manhood had to pay the iron price. But this story is different. Irshad isn’t the victim of a horrendous monster. He is the victim of someone that loved that dick so much, she didn’t want to share. That doesn’t make her a bad person, it makes her a selfish person. I think many young men aspire to find a girl that is that passionate about her man’s dick. There is something to be said for a chick that claims ownership of her man’s penis like she was imperial England.

In fact, I find this all pretty damn romantic. If she couldn’t have that D, nobody could. Yeah you may feel bad for this faceless guy as he sits on an operating table, specifically a dirty operating table in an Indian hospital, hoping that doctors can reattach his penis. But if Jasmine had pulled the same stunt to Aladdin before she was wed off to a prince of The Sultan’s choosing, it would just be Disney magic. It’s nice to know that true love actually exists in places other than the movies.

P.S. No Disney character ever is more of a product of his system than Aladdin. Dude STINKS. But his best friend was a fun ass monkey, Genie is probably a Top 5 Disney character, and Jasmine is a certified smokeshow. All Aladdin could do was snake it as a prince with all of the genie’s magic and couldn’t even steal a loaf of bread without getting caught. Fuck Aladdin.