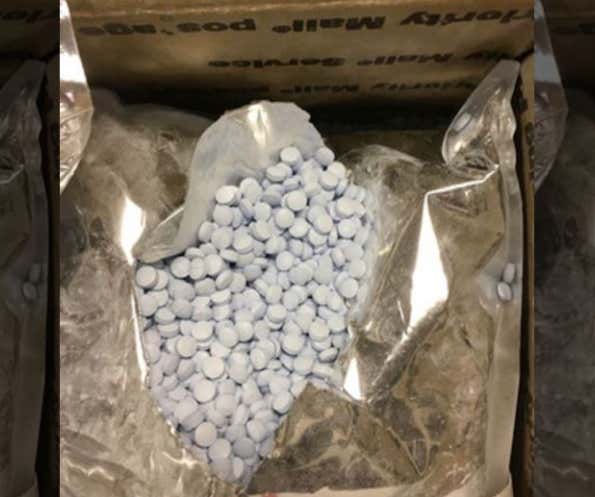 Source - A woman in South Carolina called police Saturday afternoon after she reportedly received a large package of illegal drugs in the mail, worth around $400,000, instead of the yoga mat she ordered.

The woman, who chose to remain anonymous, said she was expecting a yoga mat to be delivered that day and was shocked when she was handed the box full of oxycodone pills, WSOC reported.

After opening the box, she called the police and said she didn’t know who would’ve used her name and address, the Rock Hill Herald said.

Investigators said the box contained two bags with roughly 10,000 pills each, the Herald reported. Each pill is worth around $20 on the street, totaling the entire contents of the box to be worth around $400,000, they said.

Drug unit Commander Marvin Brown said the package was likely meant to be delivered to the woman’s previous address, which she recently moved from and is currently vacant, WSOC reported.

Whoops! Little mix up. Should she have returned to sender? Hard to say. It’s not a bag of cash but if she put in a little effort, it could be. Although ten thousand pills isn’t exactly light work. There’s also the risk of addiction. You sample one pill out of curiosity, that turns into two, that turns into three, next thing you know you’re on the corner of Melrose and La Brea sucking dick for a cheeseburger. It’s a slippery slope.

How the mix up happened is beyond me. The police seem to believe the woman who received the drugs. I’d need to see her rap sheet before I made that call. And believe me, there’s a rap sheet. Boxes of pills don’t show up on the door steps of people with squeaky clean records. Even if they do yoga. She may have been so pilled out she called the cops on herself. Potheads do it all the time. But I shouldn’t jump to conclusions. Unless there’s a yoga mat company operating as a front for a Mexican drug wholesaler it was most likely just inconvenient timing.

I knew a kid who used to ship drugs through the mail in college. He’d send them to random places, wait until the mail came, then scoop them up before the owner got home. Worked for years until he got caught. Now he’s in jail. The guilty person may have gotten away this time but it’s only a matter of time until they get caught too. That’s why you don’t deal drugs.