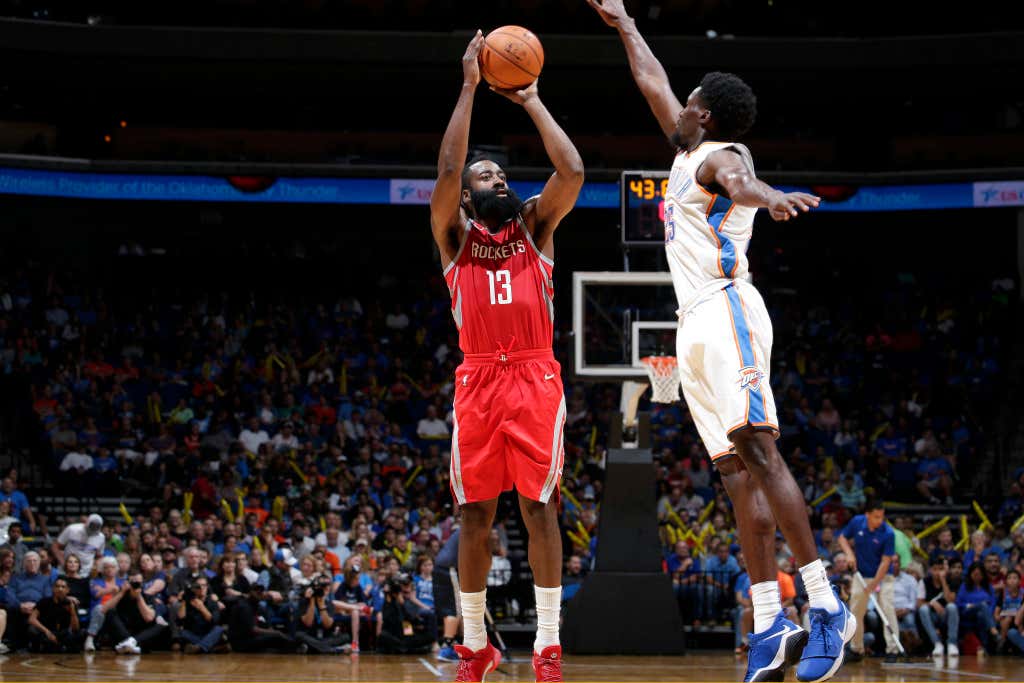 Welcome to Last Night In The NBA, where we catch you up on everything you may have missed from the night before in the NBA. There were five games on the docket, so let’s get started!

I suppose we can begin with the Battle of New York. If you’re a Nets fan, you have to be happy with D’Angelo Russell’s debut, that 19/4 on 7-14 shooting wasn’t half bad

As you’ll read in my coming preview of the Nets, their problem has never really been on then offensive end so the 115 points isn’t surprising, it’s the holding their opponent to 107 that caught my eye.

The Knicks almost pulled doff the comeback, largely due to their basketball unicorn. Porzingis continued to be impressive and do things 7’3 players shouldn’t be able to do

And you know what, maybe the Knicks actually won the Melo trade? It sounds crazy, but look at Dougie McBuckets!!

Kanter also had 17 in his debut, so I don’t see any reason to think they didn’t win the trade tbh.

Let the dysfunction begin baby! It’s hard to imagine the Pelicans blew their lead while still having Holiday/AD/Boogie/Rondo all play at least 30 minutes in a fucking preaseason game, but here we are. There was Robin Lopez hitting stupid 20 footers at the buzzser

and finally, great ball movement to seal up the comeback

The question is now, are the Bulls back? Time will tell. For the Pelicans, it’s not as if they were without some impressive plays. Take Rondo for example, he can still do Rondo things

We have preseason history folks! What do I mean? I mean the Rockets went out and shot 24-55 from behind the arc. That is utterly ridiculous

I guess that whole Harden/CP3 thing is going to work out. Now that CP3 is surrounded by shooters everywhere he looks, watch out

Oh and it doesn’t appear that the presence of CP3 is going to limit Harden whatsoever. 16/10 for the Beard

But the Rockets weren’t the only one debuting another superstar, Melo for example was absolute nails in his first Thunder appearance with 19 points on 7-13 in the half he played

Is it weird to see all these star players in different uniforms? Kinda, especially watching George go coast to coast

OKC had a big fourth quarter to bring this game somewhat close, but you don’t overcome a team that made 24 threes. Daryl Morey is building something terrifying I’ll tell ya.

Another close game that came down to the last shot. Well start with the Suns and the development of one Devin Booker. Already a legit scorer so far in his career, is it possible he’s added a solid floater to his game? If so, he becomes way more difficult to guard

Josh Jackson was also impressive in his debut, with a solid 14 points on 5-10 shoooting in a team high 26 minutes. What’s crazy is Jackson is known as the high flying dunker, but he didn’t even have the best dunk of the night! That came from Mike James

Sadly, their 41 point fourth quarter was not enough. Brutal.

For Portland, it all came down the usual characters

But I will say, I was impressed with Caleb Swanigan.

He showed his ability to stretch the floor, he provided great energy and his 18 points were certainly no joke. The Blazers could have what looks like a serious candidate for ROTY and an absolute steal considering where he was drafted.

I tried to tell you guys, Milo Teodosic is a passing God. In the starting lineup in this game, just sit back and watch this magic

I repeat, he’s the best passing PG in LA. Oh, and I see you friend of the program Sam Dekker!

For the Raptors, what if I told you DeRozen got back to his midrange game after not really going with it in their first game?

Other than that, nothing else to report. Another poor shooting effort from Ibaka, Lowry didn’t play so it’s hard to take it too seriously. The Clippers won this game easily and scored 10 points in the fourth quarter so that tells you all you need to know.

And that’s it! You’re now all caught up on everything that happened last night in the NBA. There are 7 more games tonight, so make sure you check back tomorrow!