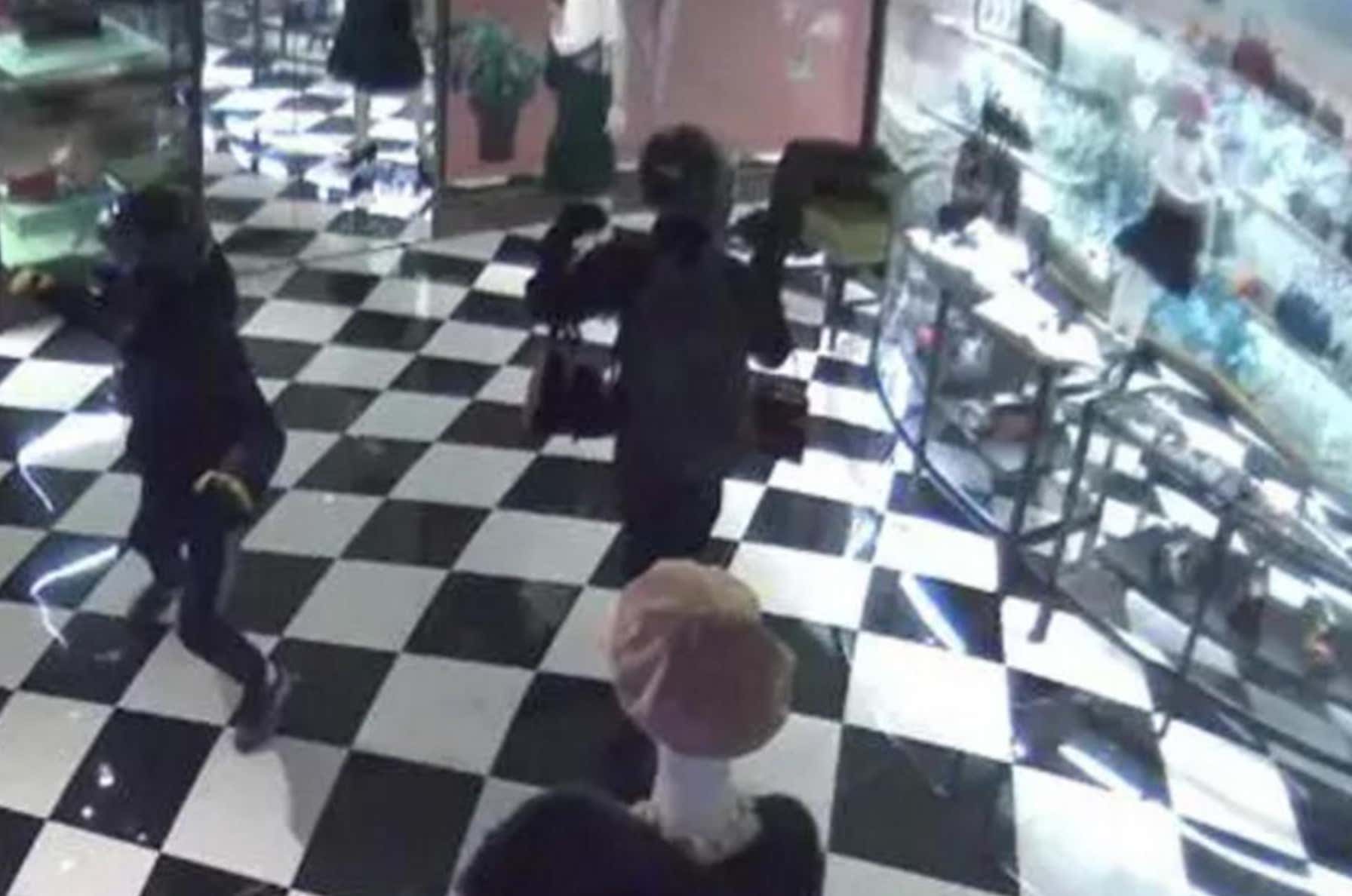 Standard- A manhunt has been launched for an axe-wielding moped gang who have stolen £300,000 of handbags in a wave of “smash-and-grab” raids at designer stores in the West End. So far the “brazen” thieves have struck at Fendi, Miu Miu, Hugo Boss, Browns, House of Fraser and Prada in the past month. They have been armed with axes, knives and crowbars. In a raid at Prada in Old Bond Street a security guard was beaten over the head with a hard object just seconds after the gang had driven their scooter through the display window. The security guard, aged in his 60s, was taken to hospital is now recovering at home but designer handbags worth over £100,000 were stolen in the two-minute raid on September 21. Images of those involved in the attack have been released by police today after the five suspects fled the scene on scooters and mopeds.