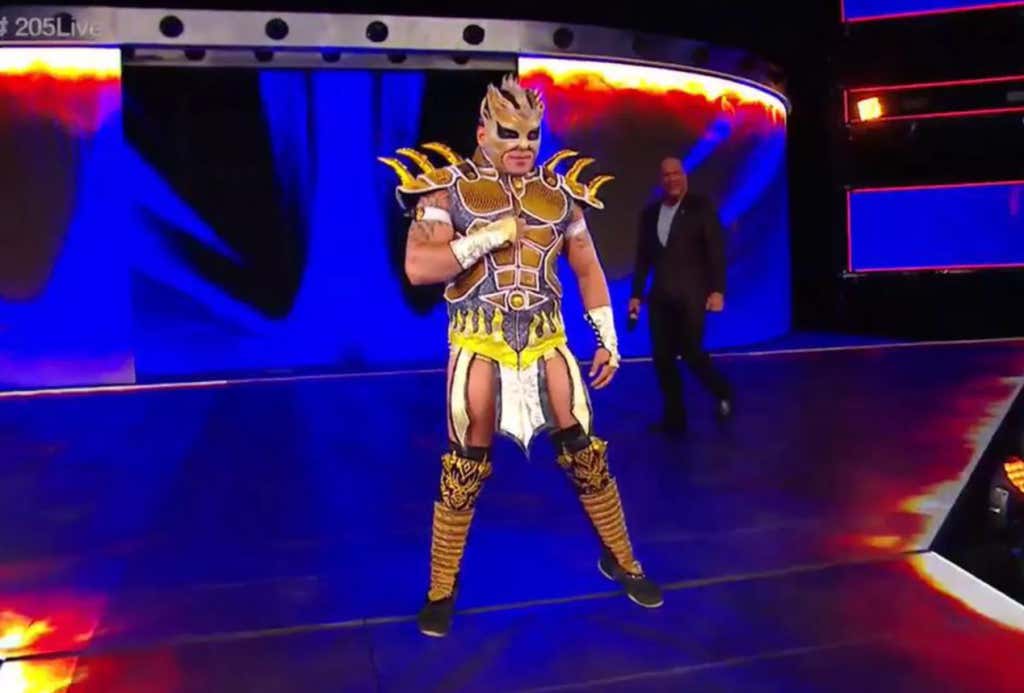 Welcome back to the weekly RAW recap! RAW of course began with a moment of silence for the victims of the Las Vegas shooting, and then they got RIGHT into the action, hoping to provide everyone with a mindless escape from the world for three hours. For me, they accomplished this.

Braun Strowman vs Seth Rollins opened the show, and it was a doozy! Commentary (other than one line which I’ll address in a second) sold the story well with Rollins trying desperately to use his speed and flashiness to take the Braun down, while Strowman was his usual horror movie monster self. The one piece of commentary that bugged me came from Corey Graves, who said something along the lines of “Seth Rollins is the architect, he always goes into every match with a brilliant gameplan and a strategy different for each opponent.” This would be an AWESOME character trait for Seth, but it’s simply untrue. My biggest issue with Rollins as a wrestler is his inability to wrestle a “smart” match as a babyface. His psychology just isn’t there, and it’s shown in almost every match since he returned from his initial knee injury. He’s always putting it at risk in ways he doesn’t have to. Look at the Triple H match, where he was winning, and tried the flip-over powerbomb, and the Phoenix Splash were he lands on his feet, or THE PEDIGREE! HE DID THE GOSH DARN PEDIGREE FOR MONTHS! If this guy keeps shooting himself in the knee, what reason do we have to cheer for him?

Now, granted, this has gotten much better since reforming a tag team with Ambrose, but that line from Graves really irked me.

After the match, Braun continued his assault on Rollins, leading Ambrose out to the ring, who also got killed by Strowman. The Bar then picked up the scraps.

Perfectly average match, VERY above average promo. Listen to the heat he’s getting! Elias is a total star, and while Vince never strikes while the iron is hot, he should be moved ever so slightly up the card. Let him show some brutality by having him snap a few times, clobbering fools with his guitar and proving him as a legitimate threat, and he’s a great heel foil for somebody like Matt Hardy if you want to send him on a singles run.

…annnnnnnnnnnnd that just caused a fanfic to be written about why Nia was in Alexa’s locker room. YIKES!

Mickie and Nia had a match after this that Alexa was looking on for, and JUUUUUUUST when it looked like Mickie James was going to get the victory, Bliss got involved. She played the heel role of “No! It can’t be! Mickie can’t be beating Nia right now!” to perfection. It reminded me a little bit of a super villain who doesn’t want to fight getting their fighting creation destroyed and being like “Oh shit. No. No way do I have to fight now!”

Kurt Angle then booked the match for TLC, and like I’ve said before, I’m so there for it.

Dana Warrior and the Women’s Division presented these breast cancer survivors with some custom championships in a nice moment. This is a good time to remind you that Barstool Sports has a “Saturdays Are For The Boobs” shirt with 100% of proceeds going towards the Save The Ta-Ta’s Foundation.

Roman Reigns got his match for The Miz’s Intercontinental Championship, but his party was spoiled by…you guessed it…the Miztourag-OH WAIT NO, The Bar! The Bar suddenly has an issue with every member of The Shield, and I’m okay with that. I’d much rather these two badasses than Bo Dallas and Curtis Axel!

Back in the locker room, Roman saw two of his old buddies…

Here’s my thing…I’ll get chills every time they do something like that to evoke that massive pop out of the crowd. BUUUUUUT, Carrabis was right when he went on that massive rant a few weeks ago about WWE dropping the ball and not reuniting The Shield at SummerSlam. I think their issue is thinking too far ahead, ironically, for a company who does no long term storytelling. Roman Reigns is going to triumphantly defeat Brock Lesnar in the main event of WrestleMania this year, and that’s been slated for months. For some odd reason, Vince McMahon believes the title needs to be kept off Reigns until then, so he couldn’t have put it on him at SummerSlam.

The BETTER story would be Braun, Brock, and Joe all agreeing to (unfairly) get Roman out of the match immediately with the “nobody here likes you” approach, all the while having Reigns tease it’s because they know he’s the biggest threat (and have them show shreds of doubt about this). Then, when it’s three on one to kick off the SummerSlam match, “SIERRA HOTEL INDIA ECHO LIMA DELTA….SHIELD” hits, the match basically becomes a six man tornado tag until Braun/Brock/Joe collapse in on themselves, and Roman goes over with the Hounds of Justice beside him. The ACTUAL six man tag takes place at TLC, Brock beats Roman for the strap at the Royal Rumble, and Roman goes back over at WrestleMania in a no holds barred match. That is long term storytelling featuring compelling matches to get the crowd invested in Roman Reigns as a character, and as an anti-hero babyface. Instead, we all see that he’ll go over Brock clean as a sheet months out, before he’s even in a feud for the title, and the crowd will continue to reject him come April. Oh well!

After all of these years, we’re finally going to meet this “Sister Abigail” Bray Wyatt has been telling us about…and she’ll be taking over Bray’s body, it seems. Sister Abigail will be Bray’s version of Bálor’s demon, with gnarly paint and shit, which is AWESOME to me. Now they just gotta keep it subtle. Don’t announce him at “SISTER ABIGAIL!”. We all understand what’s going on. We’re not idiots. Excited to see this creepy fuck in facepaint after he trashed Finn Bálor for wearing facepaint though.

Enzo’s a straight up heel at this point, and it’s really good stuff. If only he could wrestle too! This week, he had a clause given to him by Kurt Angle that said if any cruiserweight laid a hand on him, they’d be fired. Angle came out to congratulate Enzo, however, because he played himself, and the RAW General Manager signed a new Cruiserweight: Kalisto.

I got a few disappointed tweets from the grapplefucks, but I promise you, do not fear. Kalisto hasn’t really been given the opportunities he’s deserved in the WWE but he is FANTASTIC. If we somehow get Neville vs Kalisto pay-per-view matches out of this, make sure you have a spare set of underwear and room left on your match of the year lists. Plus, the Cruisers are main eventing RAW for the second week in a row, so what’s there to complain about!?! Now they just have to flesh out the characters of Mustafa Ali, Cedric Alexander, TJP, Rich Swann, Noam Dar, and all of the others, and make them apart of the show. Create a stable that spans divisions. Do something. Save the Cruiserweights.

See you tomorrow for the go-home SmackDown to Hell in a Cell recap!