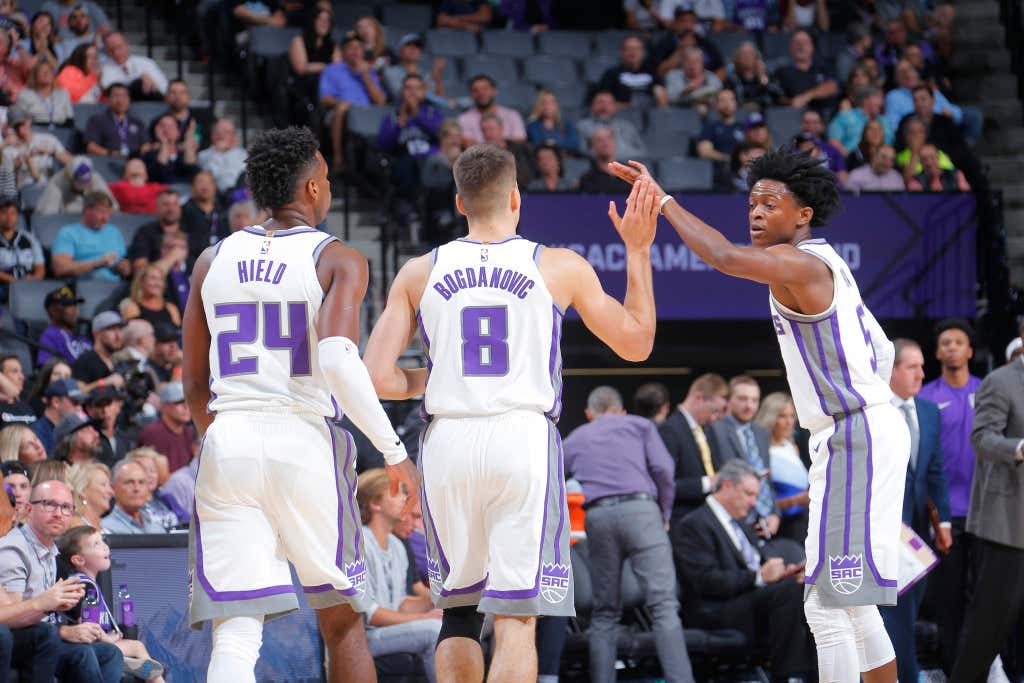 Welcome to Last Night In The NBA, where you can find a quick breakdown of the best plays you may have missed from the Association last night. We had a total of 7 games on the schedule, so let’s not waste any time getting you caught up

For our first matchup, we had the new look Grit & Grind Grizzlies vs the still shitty Orlando Magic. Since they won we’ll start with MEM. The story for them came down to the fact that Mario Chalmers showed he’s ready to build off his 55 appearances last year for the Grizzlies and that his injury is in the rearview mirror. He had 19 points on 7-10 shooting

but the play of the night for MEM came from Jarell Martin. Yeeeesh

In other big news, Chandler Parsons finally played a basketball game! No seriously he did I swear. He had 6/3 in 18 minutes.

For the Magic, it was really all just about rookie Jonathan Isaac.

I can’t lie, he looks really intriguing in those highlights. Could he end up being the best of his draft class? If you’re a Magic fan you’re praying that’s the case so you can enjoy him for 8 years before he leaves to go somewhere else like all good Magic players do (outside of Penny).

Now this game was actually pretty entertaining down the stretch. Both teams blowing leads late, guys hitting tough shots, Angry Rick Carlisle, it had it all. We’ll start with Dallas, who got things started in warmups

but sadly this did not translate into the game where he went 1-5. Still a sick dunk though. One of the best players of the night for DAL was former Celtics legend Dwight Powell, he dunked

he rebounded, he finished with 9 points on 4-6 shooting. What can you say about Yogi though man, this dude is legit as hell. A team high 12 points on 4-8 shooting, I don’t think his quasi-breakout year last year was a fluke.

But the play of the night came with the game on the line, and a player who Mavs fans are not surprised hit the game winner since he did the same thing in the Summer League championship

great dribble penetration by Wayns and a good heads up play to find his big. This was a nice rebound for Wayns who basically turned it over 3 straight times in the last 3 minutes to bring the Bucks back, so a bit of redemption with that play.

For the Bucks, take a look at Rashad Vaughn going crazy for 20 points on 8-18. This guy was absolutely automatic late

Bucks fans were also probably pretty happy to see Middleton back and dominating, he had 12 points in just 14 minutes

My apologies to Donnie, but this was barely a contest. This team from China had no chance despite Tyler Hansborough going for 29/11. How about that!

Why should you care about this game as a Wizards fan? Well, the biggest question heading into your seasons is what the hell you are going to do with your bench unit. It failed you last year, would it fail you again this year. First sign? The bench was actually pretty good! A total of  5 players in double figures led by Jodie Meeks and his 19 points on 7-9 shooting

What are you new? Wait for the blog, I have a #brand to protect

Man things certainly are different in real fake games huh. Another Lakers loss, and another night where Lonzo wasn’t really all that impressive. He played just 21 minutes and had 8/4, but he also had 4 TOs so it’s a wash. He did have this nice alley oop though

However, the story of the Lakers summer and now their second preseason game HAS to be Kyle Kuzma. The kid is on an straight roll, and he had another strong performance with 23 points

Serious question, how much are you paying Randle when he hits the market this summer? He had 10/10 in 21 minutes as well

Meanwhile the Nuggets are 2-0 and we were blessed with the Gary Harris show in this game. Lakers couldn’t stop him as he had a game high 25

But the best part about watching Denver so far has to be their ball movement. Granted I’m a slut for good passing, but seriously it’s been beautiful to watch

No Hayward no problem! We start with of course, in my opinion, the best sequence of the night

Gorgeous stuff. Now I know Utah has some Australian connections with their roster, but they did not take it easy on the dudes from down under, especially Gobert. My word

Also it was great to see the handsome Uncle Chaps get out and enjoy some nice clean basketball fun. He looks like he had a great time

We also got out first look at the rookie Donovan Mitchell, who had this pretty spin move

and finished with 11 points on 4-8 shooting. We saw it in the Summer League as well, this dude is going to be really good imo. Not to be forgotten is Rodney Hood, who will see his role increase now that Hawyward is gone go for 18 points on 7-10 shooting.

The Spurs are probably running so many suicides today. You think Popovich cares this was fake basketball? Yeah me neither. For SA, their best player last night was LMA, which begs the question. Are Spurs fans done hating him for his playoff performance and are back on  board?

One thing we know for sure, is they love Manu because how could you not love Manu. How old is this guy? Doesn’t matter

For the Kings, you’re pretty pumped, mostly because your young pups played pretty well. Skal had 15 points on 7-10, and Fox, well, Fox did his fucking thing

That should catch you up with everything that happened last night in the NBA. We have four more games on tonight so make sure you check back tomorrow for anything you may have missed!