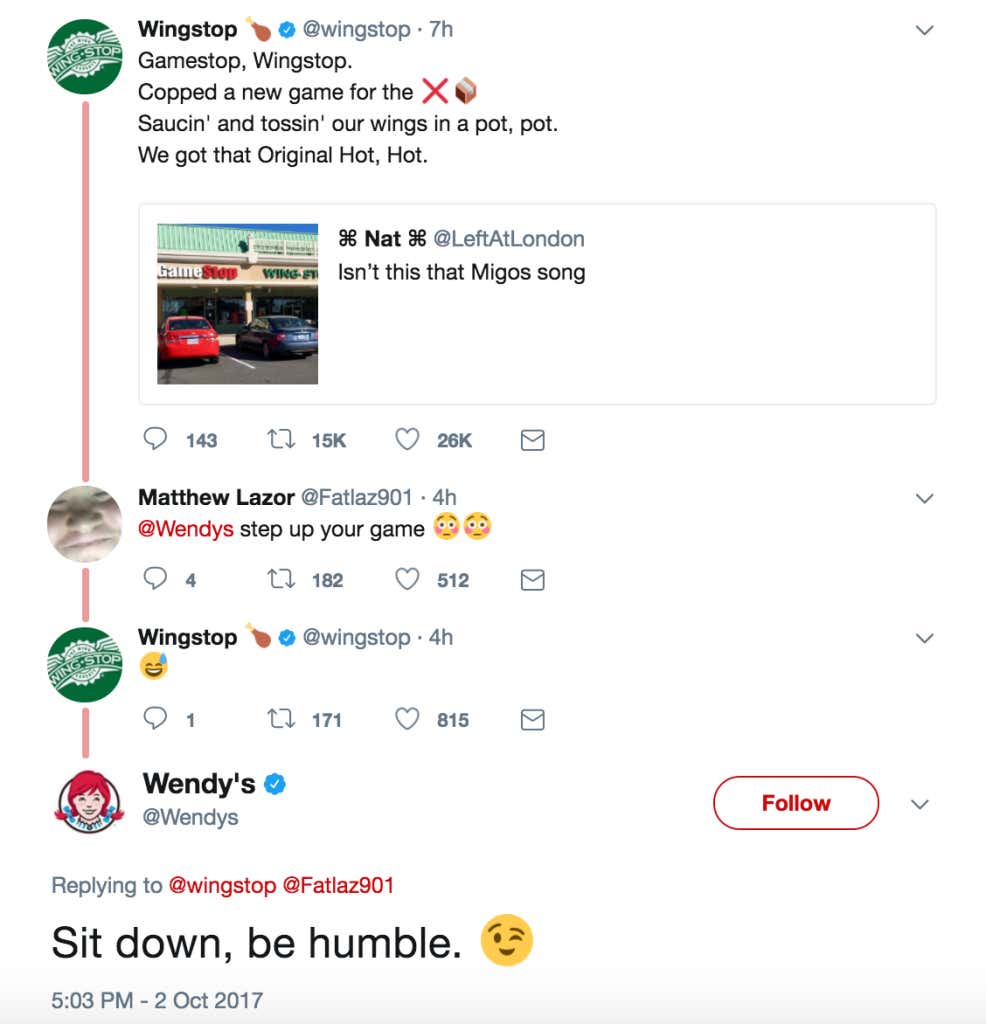 Look at that feisty ginger girl breaking out her Twitter fingers yet again and dropping bars all over Wingstop’s face with a Kendrick Lamar line. As disrespectful as it gets. Especially since Rick Ross has invested in Wingstop. If you are Rozay, you gotta come back at Wendy or call it a career for good. I know if Wendy came at Rone like that, he would dust her on the mic and then eat a Junior Bacon Cheeseburger over her defeated body for good measure.

The Wendy’s Twitter handle may be a ride or die chick, but there are rules for her since she is a corporation’s Twitter handle. She has to keep those Tweets PG, at worst PG-13. She can’t say that she has been filling people’s mouths since the restaurant opened in 69. Keeping it PG is all fine and dandy when battling other corporates accounts, but when you are in the mix with the sick fucks on Twitter, sometimes you have to be able to use the words that really hurt. Or at least finesse a casual “Gingers don’t have souls” joke like Wingstop did. That made me laugh, even though my pal Chaps thought it was quite ugly.